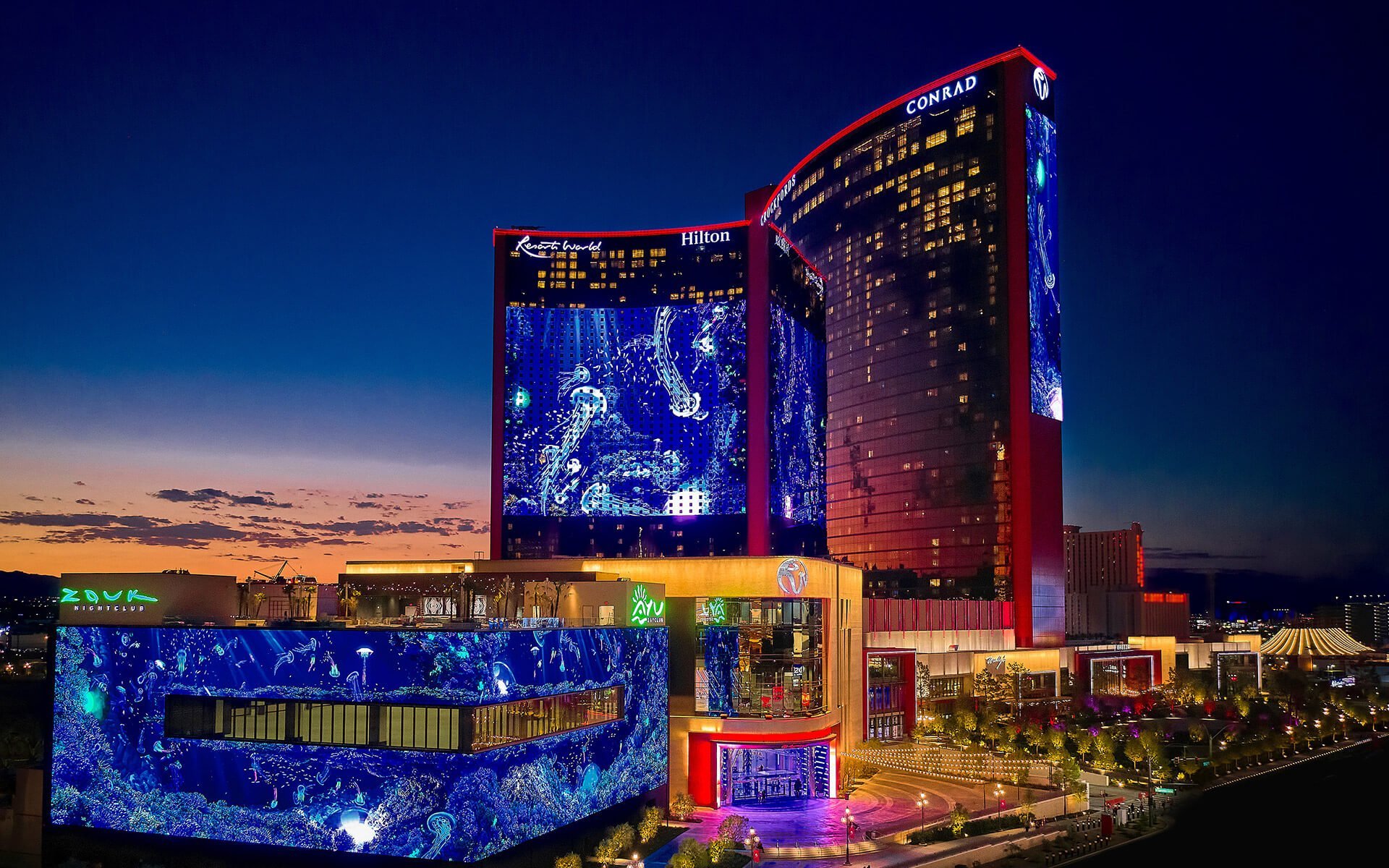 The man who allegedly robbed a cashier’s cage at Resorts World Las Vegas earlier this month appeared in court on Thursday after his arrest on Wednesday. It was also revealed he was on probation for a 2020 cage robbery at The Venetian.

Resorts World Las Vegas, pictured above. The casino was robbed on Nov. 9. A suspect was arrested on Wednesday. (Image: Resorts World)

For the Nov. 9 Resorts World heist, the defendant, Zubaid Al Jarmi, 25, faces charges of robbery with a deadly weapon and burglary while in possession of a deadly weapon, KLAS, a local TV station, reported.

Al Jarmi allegedly handed a note to the Resorts World cashier at a high-limit cage. The cashier gave him an unspecified amount of money. He then left the casino in a taxi.

Following the theft, the cashier was crying and shaking, according to a social media post on Vital Vegas. More details on the robbery have yet to be released.

When appearing in Las Vegas court on Thursday, Judge Elana Lee Graham directed Al Jarmi to be held without bail, KLAS said. He is in the Clark County Detention Center and will return to court on Nov. 22.

The earlier casino robbery took place two years ago at The Venetian Las Vegas. Because of the latest charges, Al Jarmi faces a violation of probation charge, too.

In 2020, Al Jarmi passed a note to a cashier at the cage at The Venetian.

Al Jarmi was given money and fled the casino. He went to his vehicle that he left in the casino’s garage and drove away.

He was seen in surveillance video, even though his face was covered with a scarf and sunglasses. Later, he was arrested.

He told police two years ago he was working as a ride-share driver and poker player. He had lost a job. He said at the time he was seeking asylum in the US.

When appearing before a judge for the 2020 robbery, Al Jarmi was given a suspended three-year sentence, KLAS said.

It meant he would stay out of jail unless he violated the terms of the suspension.

In an unrelated incident, a solitary bandit reportedly robbed a cashier’s cage at Gold Coast Hotel and Casino on Wednesday afternoon. Initial reports didn’t reveal how much money was taken, but Vital Vegas later reported the amount stolen was about $30K.

The holdup took place at about 4:30 pm. The robber was described as a black male. He was wearing a white mask and black clothing at the time of the holdup, KLAS said.

The suspect hadn’t been apprehended as of Wednesday evening. It wasn’t clear if the robber was armed with a weapon.

The casino is located at 4000 West Flamingo Road in Las Vegas, about a mile from the Las Vegas Strip. The Gold Coast Hotel and Casino is owned and operated by Boyd Gaming.