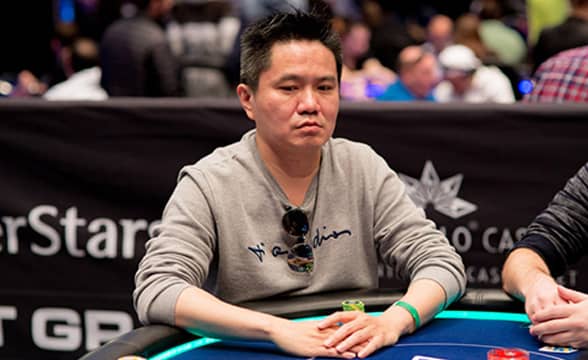 Billionaire businessman and famous poker player, Stanley Choi Chiu Fai, has stepped down as Executive Director and Chairman of the board of Hong Kong-listed Asian gaming investor International Entertainment Corp (IEC) as of March 31, 2022. The company announced that Choi has resigned from both positions in order to dedicate more time to other commitments and confirmed this was not a conflict-driven move by board members, but one of his own volition.

As of late January 2022, Choi was no longer considered a substantial shareholder at IEC following a number of transactions and sales of his shares. In 2017, he acquired a 55.82% stake in IEC. In March 2021 he sold a 18.99% stake to Ho Wong Meng, IEC’s chief executive officer, for HKD 228.8 million ($29.4 million) and in November 2021 he sold another 4.6% stake for HKD 24.6 million ($3.2 million) without disclosing the name of the purchaser. A few months later, he further reduced his stake to 18.75% in December 2021. The last transaction occurred in January 2022 when he signed a placing agreement with Head & Shoulders Securities Limited and dropped his holding to 4.87%.

Choi Obtained a Stake in Playtech

Allegedly, Choi was named one of the Asian investors who recently acquired a 27.7% stake in Playtech plc, an online gaming platform provider. The acquisition forced Australian gaming company Aristocrat Leisure Ltd to abandon its plans for a takeover of Playtech.

IEC to Obtain a Gaming License for Casino Operations in Manila

IEC reported on a company filing that the gaming company was discussing with the Philippine Amusement and Gaming Corporation (PAGCOR) the terms of its temporary gaming license to run a casino in Manila. In July 2021, IEC signed a cooperation agreement through its subsidiary Marina Square Properties (MSPI) with the government company for the development of its New Coast Hotel property in Manila. The gaming investor also plans to run casinos in Manila together with PAGCOR as part of their cooperation agreement.