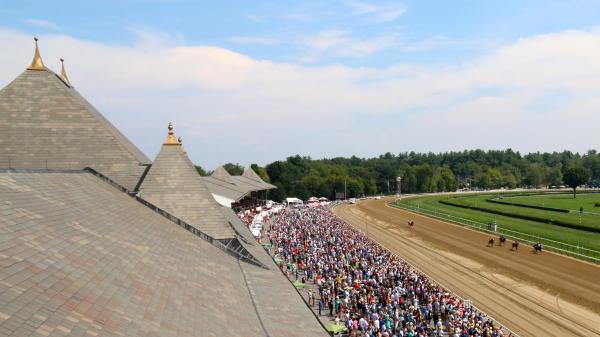 Ten Things to Know About the 2022 Saratoga Meet

There’s nothing quite like a summer in Saratoga Springs, N.Y., a small town nestled near the Adirondacks that comes alive each July as Thoroughbred racing returns to Saratoga Race Course. This year’s meet kicks off July 14, attracting many of the best horses, trainers, and jockeys, as well as avid fans and bettors, from across the country.

Read on for 10 must-know facts about this year’s Saratoga meet.

1. Saratoga Race Course first opened in 1863, making it one of the oldest major sporting venues in the country.

3. The meet will feature a new “Stars at the Spa” series featuring cultural icons from the Empire State. Saratoga’s new meet-and-greet is limited to 50 guests and offers a chance to mingle with New York Knicks 90s-era star Charles Oakley, “Real Housewives of New Jersey” star Teresa Giudice, and New York Yankees mulitiple World Series champ Bernie Williams. “Stars at the Spa” will be held at the Paddock Suite, a new hospitality venue for 2022.

5. The 2022 meet will feature six Breeders’ Cup “Win and You’re In” races: the Whitney Stakes on Aug. 6, the Fourstardave Handicap on Aug. 13, the Ballerina Stakes and Resorts World Casino Sword Dancer Stakes on Aug. 27, and the Flower Bowl Stakes and the Jockey Club Gold Cup Stakes on Sept. 3.

6. More than a million people attended the races at Saratoga last summer. A total of 1,046,078 fans packed the track over the course of the 40-day meet, an average of 26,162 people each day. This marked a return to robust attendance after spectators were absent from the track during the 2020 meet due to the COVID-19 pandemic.

7. Hall of Fame trainer Bill Mott has won a race on his birthday nearly every year he’s raced at Saratoga. From 19 years when there was racing on his birthday (July 29), he’s won on all but three days, including July 29 over the past two years.

8. There will be 19 Grade 1 (highest level) races at the track this summer, including historic stakes like the $1 million Whitney Stakes and the $1.25 million Runhappy Travers Stakes.

9. Trainer Todd Pletcher has a record 14 training titles at the track since 1998. He’s won the title six of the last 10 years, though Chad Brown has defeated him three of the last four, including in 2021. Brown won a record 46 races in 2018.

2022-07-17
Previous Post: Gauselmann on Its Way to a Full Post-pandemic Recovery
Next Post: Vegas Casinos Could Lose Millions on China & Covid