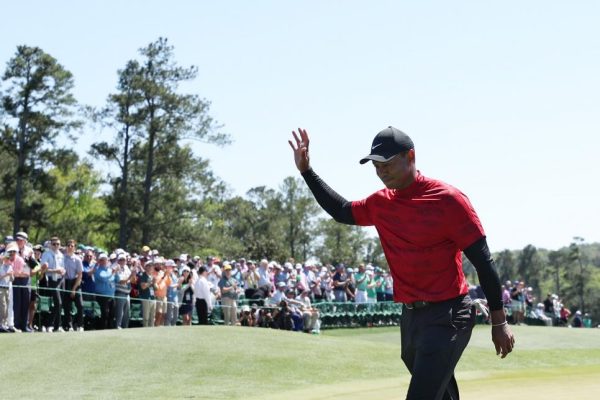 Tiger Woods finished tied for 47th at the Masters, withdrew from the PGA Championship after 54 holes and decided to pull out of the U.S. Open, saying, “There’s no way physically I could have done that. I had some issues with my leg, and it would have put this tournament in jeopardy.”

“This tournament” is the Open Championship, played for the 150th time, and this time (July 14-17) at The Old Course at St. Andrews.

“This is a pretty historic Open that we are going to be playing. I’m lucky enough to be part of the past champions that have won [at St. Andrews], and I want to play there again, and I don’t know where they are going to go back while I’m still able to play at a high level.”

That’s the mindset of the 14-time major championship winner as he prepares for next week’s return to the Old Course. The Open is extra special, the course is special and Woods is a special champion who wants to be as competitive as possible when he steps on the first tee in Scotland.

Woods is in Europe. He will remain there finishing his preparation for his 21st time playing The Open. Where exactly that preparation takes place is unknown, and Woods isn’t talking. “I don’t want everyone coming down and watching.”

We just saw him play two rounds in Ireland, and they weren’t great. He shot a 77 and a 74 at the JP McManus Pro-Am. However, he did drive the ball extremely well, adding a typical Tiger highlight of a chip-in eagle.

His struggles in Ireland have turned his focus to his iron game between now and next Thursday, Woods will also rest his leg, which still has a noticeable limp in his gait.

Tiger Woods is priced at  +5000 to win,  according to Open Championship odds.

Billy Horschel is currently the 15th-ranked golfer in the world, priced at +8000 in The Open Championship. He has also taken it upon himself to defend the PGA Tour in the wake of the defections of some players to the Saudi Arabian-backed LIV Tour.

He’s called out the players who’ve defected, and not quietly.

“I’ve been really frustrated, because there are a lot of guys that are hypocrites that are not telling the truth and lying about some things. I can’t stand to sit here anymore and be diplomatic about it, as I have been in the past.

Horschel didn’t name Brooks Koepka, Patrick Reed and Pat Perez, but it was pretty clear his remarks this week before the Scottish Open were in response to the press conference given by those three golfers before the LIV tournament in Portland, Oregon, last week.

Horschel also addressed the legal action being taken by players to prevent their suspensions by the PGA Tour and DP World Tour, saying, “I believe they made their bed. They decided to go play on a tour, and they should go play that tour. To say that they want to also support this tour or the DP or PGA Tour going forward is completely asinine in my opinion. Leave us alone, honestly.”