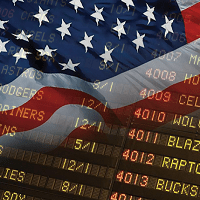 36 states! That’s how much US sports betting has spread across America in just four years! 36 states! But some of the most recent states to regulate the activity are having a bit of trouble getting going. Maine sports betting was the 34th state to regulate the activity, way back in May of this year. And now the state Gambling Control says that we should not expect a launch there for at least another eight months… possibly much, much longer. Now Maine is the 42nd largest state by population, so this delay is a bit perplexing. And while a launch eight months from now would put them into January of 2023, the Gaming Control board says possibly more like January 2024!

Kansas then became the 35th state to pass sports betting legislation just a few weeks after Maine, but they too are experiencing delays. Originally, they wanted to have bets up and running by September… but sometimes plans don’t come together. You see, the Governor wanted Kansas sports betting in place before the kickoff of this year’s NFL Season. State gambling officials, however, had a bit more realistic timeline, saying that maybe… MAYBE…  bets will be in place before the Super Bowl.

Of course, the 36th state to legalized was sports betting in Massachusetts, passing legislation just a few short weeks ago. They too had been hopeful to have betting in place before the kickoff of this year’s NFL Season… but that ain’t gonna happen! The state Gaming Commission wants residents there to know that, while they appreciate their enthusiasm, they should probably temper their expectations just a little bit… Adding that they were hopeful to have sports betting up and running by next year’s Super Bowl!

This week we have two new game reviews to share with you… and both of them are from Microgaming! Starting with the Wolf Call, a medium volatility game with five reels, four rows, and 1024 paylines! It comes with multiple jackpots, the Power Range feature, and over 96% Return to Player! Next up it’s the Kings of Crystals online slot, a high volatility game with five reels and 100 paylines! It has a bonus round and bonus spins, as well as wilds, scatters, and jackpots! Both of these game reviews, and hundreds more, are live right now on our YouTube channel!

And finally this week, even with all the US sports betting delays in other states, there is one state one that has an absolute, guaranteed, 100% gonna happen launch date set in stone… and they’re already counting down! And that’s Ohio, set to launch sports betting just after midnight on January 1st of 2023! So, if you want to have fun this New Year’s Eve, head to Cleveland! And that may be the first time anyone’s ever said those words.