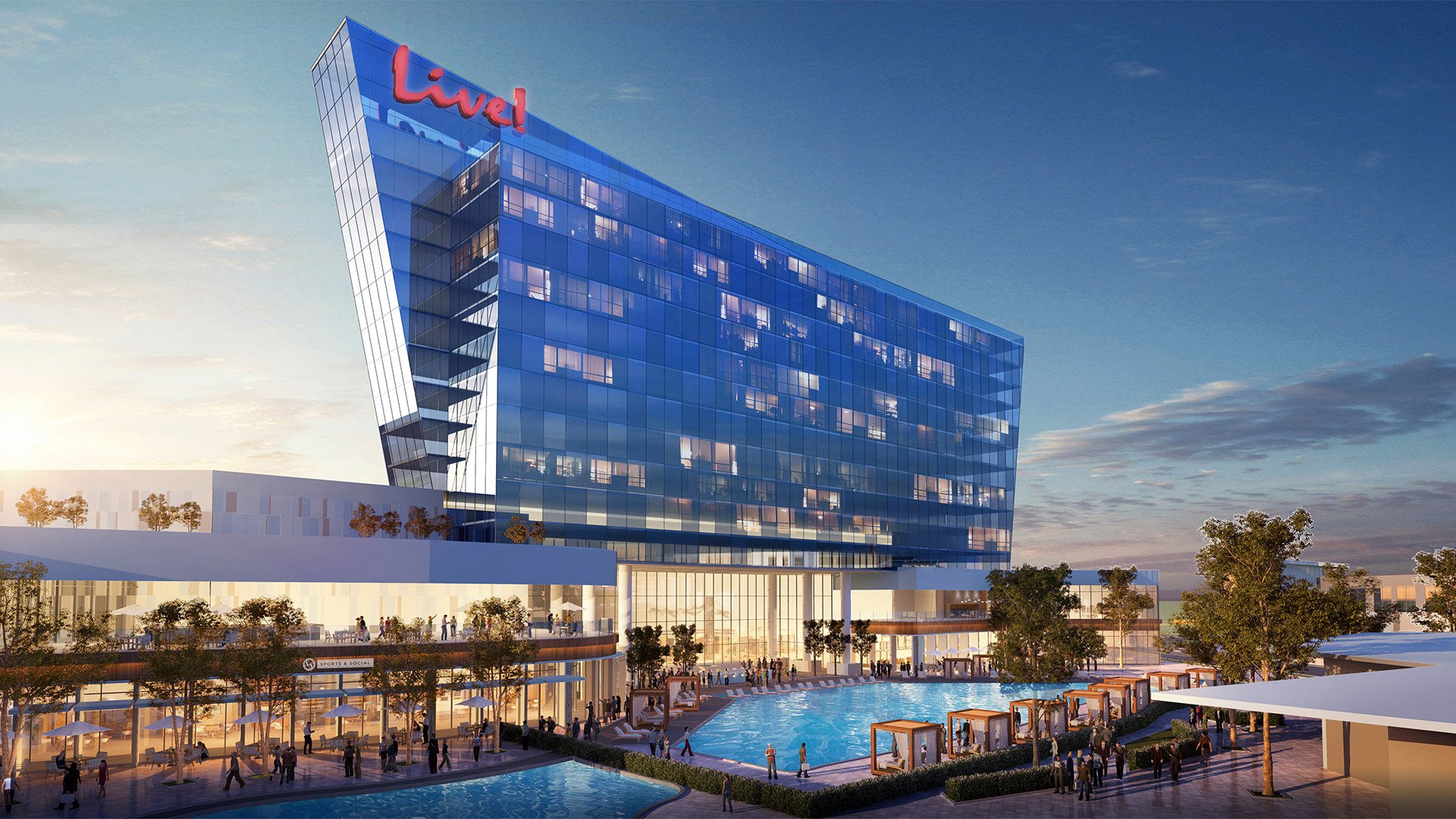 Developer The Cordish Companies has unveiled its proposal for a $1.4 billion “transformative mixed-use development” in Petersburg, Virginia. Live! Gaming & Entertainment District will be anchored by Live! Casino & Hotel Virginia and, according to the firm, it will set “a new standard for development in the Commonwealth,” serving as an attraction for both Petersburg and the Central Virginia region – that is, if the city manages to move forward with its casino plans.

The Petersburg City Council took a big step in sealing a deal with the company on Tuesday night. The council voted unanimously to select the Baltimore-based firm to develop the casino resort in three phases on about 80 acres along Interstate 95 at Wagner Road in the southeastern corner of Petersburg, with contingencies. The biggest one is General Assembly approval to allow casino gaming under state law, but the project also depends on preventing Richmond from approving a casino less than 25 miles away, which city voters rejected last year.

“We can’t compete with another casino in Richmond,” Cordish Chief Operating Officer Zed Smith said after the meeting, as reported by Richmond.com. Cordish emerged as the favored suitor almost two months ago, when the Petersburg city council emerged from a closed meeting to approve a resolution to “explore a partnership” with the firm. The move comes as Richmond seeks to revive its own efforts to host a casino.

In 2020, the assembly legalized casino gaming in five cities –Bristol, Portsmouth, Norfolk, Danville and Richmond – subject to voter approval. Voters approved proposed projects in all cities except for Richmond, where a referendum failed last year for the ONE Casino + Resort proposed by Urban One and Peninsula Pacific Entertainment, next to I-95 at the Bells Road exit in South Richmond. But Richmond didn’t give up on the project after it failed to pass. 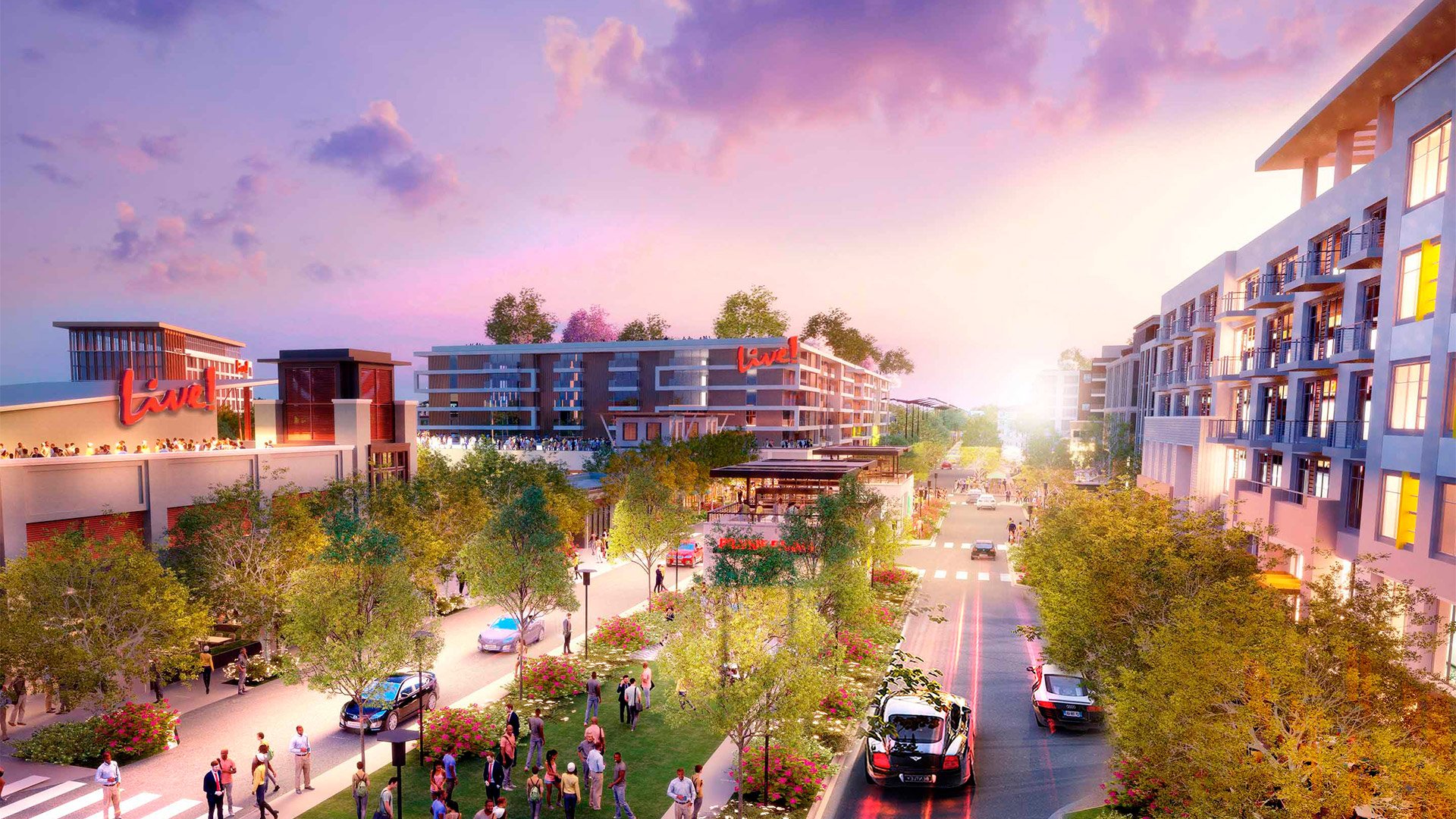 The city sought to revive the proposal by holding a second referendum this year. However, the General Assembly blocked the vote at the request of Sen. Joe Morrissey, to allow the Joint Legislative Audit and Review Commission to study the feasibility of a casino in Petersburg, either by itself or in addition to a Richmond one. The study found Petersburg and Richmond could support casinos, separately or together, but Cordish would prefer to be the sole operator.

“Petersburg will benefit far more from a casino than Richmond,” said former City Attorney Michael Packer on Tuesday, as reported by Richmond.com. “This will allow the government to do its job with the resources it needs.” Developed in phases, the project would generate more than $10 billion in economic benefits, $1.1 billion in tax revenue, and create more than 10,000 new jobs upon full build-out, according to Cordish.

“An important part of our selection process was to identify a development partner with a proven track record in developing and operating mixed-use and casino properties, a long history of revitalizing cities across the country, and strong community engagement practices. Cordish is the only company, of the many we consulted with, that showed Petersburg a plan that goes beyond a casino and gives us a path to revitalize our city,” said Petersburg Mayor Sam Parham.

The first phase of the project would include a 230,000-square-foot casino, a 200-room hotel, dining and retail businesses. It would take about two years to complete, beginning with receiving state approval of Petersburg as an eligible host city to allow casino gaming, and a voter referendum in November. The Cordish Companies was largely chosen because of its track record in developing and operating casinos under the Live! and Hard Rock brands in cities such as Baltimore, Philadelphia, Pittsburgh, Kansas City, St. Louis, Tampa and Hollywood, Fla.

According to the JLARC casino study, released back in October, both Richmond and Petersburg could support facilities. Petersburg could generate $204 million in gaming revenue in 2028 and create about 1,300 jobs, according to the report, which also estimated that a Richmond casino would generate about $300 million and 2,000 jobs. But if both cities were to develop casinos, the one in Petersburg would shrink in scope, producing about $140 million in yearly gaming revenues but generating $4 million less in local taxes and creating 300 fewer jobs.