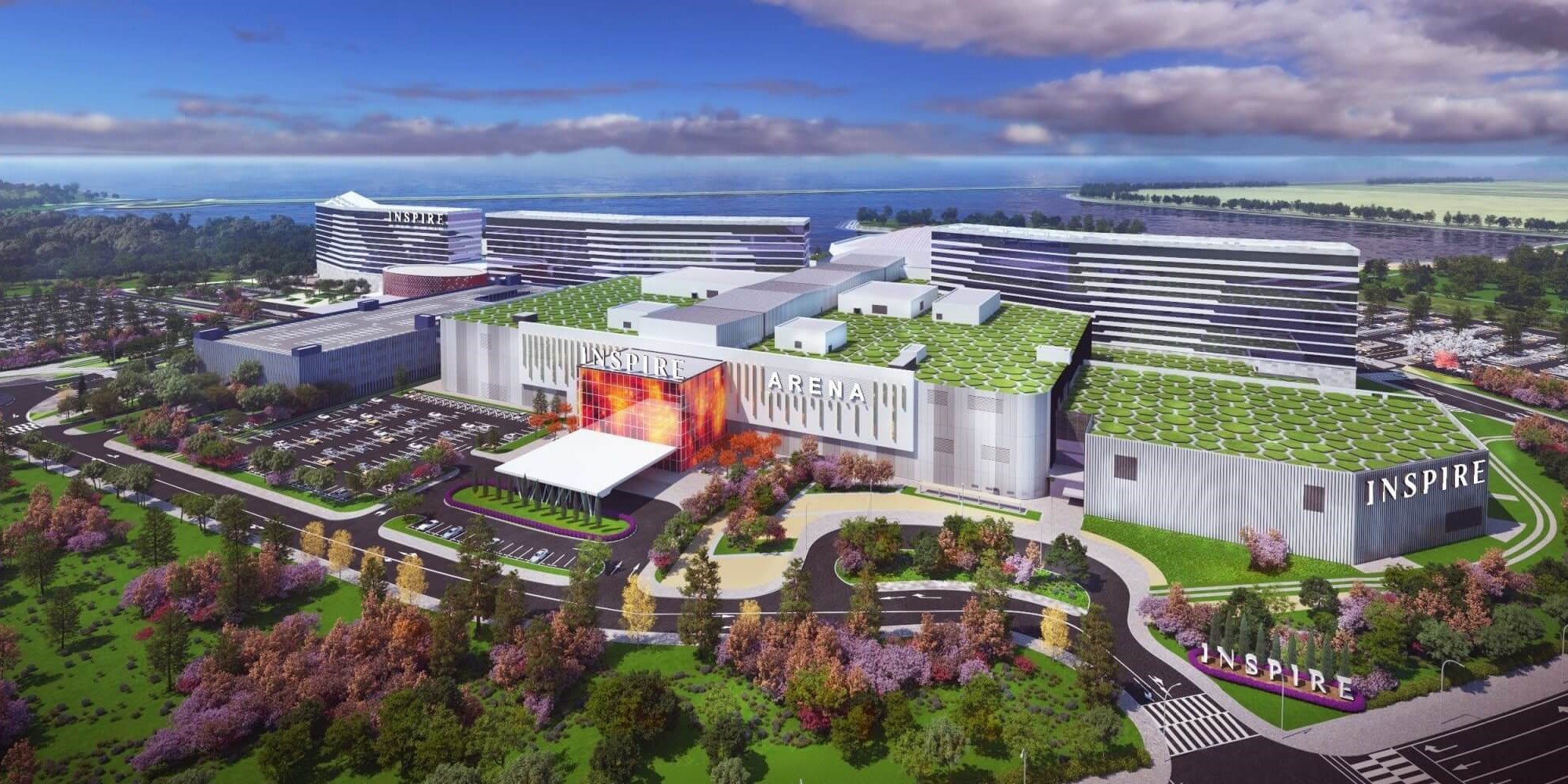 Mohegan Inspire Entertainment Resort, the $5 billion integrated resort the Connecticut-based gaming company is building in Incheon, South Korea, has announced the development will include the country’s first multipurpose arena.

A rendering of the Mohegan Inspire Resort, currently under construction in Incheon, South Korea. A key piece of casino resort will be a 15,000-seat multipurpose arena, which Mohegan said will be the first of its kind in the Asian nation. (Image: Mohegan Gaming & Entertainment)

Mohegan President and CEO Ray Pineault said in a statement that the venue will be able to accommodate concerts, sporting events, award shows, and more.

Given the strong demand for K-pop and other live performances, Korea’s performing art industry has long been facing a shortage of high-quality venue that can support shows of top-tier artists from home and abroad, and various cultural events,” Pineault said. “This perhaps explains the expectations building around the Mohegan Inspire Arena far ahead of its construction completion.”

The arena is also expected to have luxury skybox suites on its third and fourth floors that will offer panoramic views, premium food and beverage options, and private entrances into the arena. The arena also will have state-of-the-art video, lighting, and sound to provide visitors with an immersive experience.

“Through Inspire Arena, we shall promote the resurgence of the domestic performance culture industry and tourism industry of Korea, as well as provide lifetime memories to visitors and artists from Korea and the world,” he said.

Mohegan’s plans for Inspire call for it to be the largest integrated resort in northeast Asia. Over the next quarter century, the company plans a four-phase development project. The first phase is under construction now. It will include a casino open only to foreign visitors, but other parts of the resort will be open to everyone.

The $1.5 billion first phase is expected to open next year.

Besides the arena, the first phase of the development includes three five-star hotels, an indoor water park, a convention center, and an outdoor park.

Mohegan expects Inspire to attract as many as 4 million visitors annually. It is being built at Incheon International Airport and will be the first destination resort with a private air terminal.

Entertainment venues are a major part of Mohegan developments around the world.

At its flagship property in Connecticut, the Mohegan Sun Arena serves as the home court for the WNBA’s Connecticut Sun and has hosted a multitude of A-list musicians, from Taylor Swift to Jay-Z.

Mohegan is also getting ready to celebrate the formal grand opening of the OLG Stage at Fallsview Casino, a 5,000-seat theater at Mohegan’s Niagara Falls development in Ontario.

The nearly US$100 million concert hall will host Billy Joel on Feb. 25 as its official opening act.