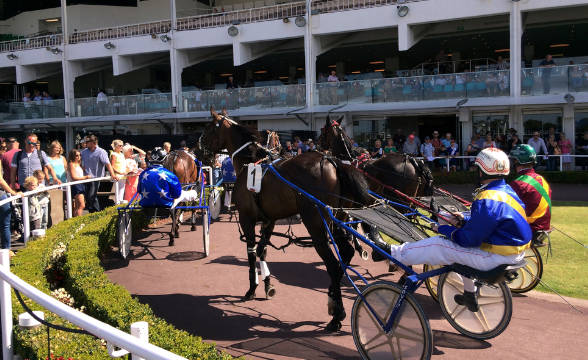 Webis Holdings’ main American subsidiary WatchandWager with offices in California, San Francisco, and Lexington, Kentucky has signed a deal that will allow it to operate harness racing in Prescott Valley, Arizona. The Arizona Downs racetrack will host WatchandWager’s live harness racing as well as pari-mutuel betting on races.

The racebook may also provide food and beverages at the new location in Arizona that was originally opened in 2000, filed for bankruptcy a decade later, and launched again in 2019. The commercial lease is currently pending approval from the Arizona Department of Gaming.

Operations Could Begin in the Summer

While still celebrating the new deal, WatchandWager is keeping one eye on the Arizona Department of Gaming and its ruling regarding the provision of regulatory approval. The approval may come sometime in the summer. Webis has announced it will keep its shareholders updated with the latest progress regarding the procedure for approval, as well as all of its ideas regarding the live racing operations at the Arizona location.

If given the green light from the gaming department, the contract will be valid for five years until November 15, 2027. The contract also includes a five-year extension clause that will allow the racebook to hold its position for five more years.

WatchandWager Obtained a Lease Extension at the Racetrack in California

The news of the new Arizona commercial lease comes two weeks after the racebook managed to get an extension of its lease to operate at the Cal Expo Harness racetrack located in California. WatchandWager is currently running live harness racing and will continue to do so for eight more years, until 2030.

The lease was due to expire sometime in May 2025 and it benefited from the same five-year extension clause that the fresh Arizona contract will bring to the table for the advance-deposit wagering operator.

As a result of the new extension, the California racetrack will continue to benefit from the same top-tier health and safety record for both human participants and horses proven up until today. At the same time, WatchandWager will keep harnessing the perks of a physical and fully licensed presence in the state for a significant amount of time.

The racebook plans to further prove its commitment to the state in the context of the State Capitol considering the legalization of sports betting in the Golden State, one of the largest markets in the country.

At the end of January, the Arizona Department of Gaming revealed that the state was the first to reach the one-billion threshold via sportsbooks within three months’ time, making the Arizona Downs Racetrack contract an important milestone for WatchandWager.

2022-04-10
Previous Post: All square in title battle, big wins for Spurs and Everton
Next Post: Kindred to participate in Women in Tech Sweden conference as co-creating partner