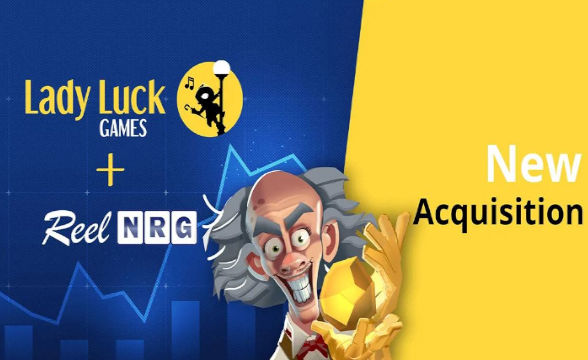 LL Lucky Games, a Swedish developer of online slots titles, has announced its intentions of acquiring the British game studio ReelNRG in a deal valued at almost $872,000.

After receiving LL Lucky Games’ letter of intention and agreeing to the purchase, the UK-based developer negotiated the price and the terms of the deal. According to what the two parties revealed, the Swedish studio will put forward the aforementioned sum to acquire a total of 2.5 million newly-issued ReelNRG shares. The transaction is set to take place before the end of April.

By acquiring ReelNRG, LL Lucky Games will effectively gain access to the brand’s 46 proprietary titles. The British operator has been licensed in its native market, as well as in Gibraltar and Malta. The developer was founded in 2016 and has eight developers working in a studio in Hyderabad, India.

Even after the acquisition, RellNRG will retain a level of independence and will be able to continue working on its titles. Moreover, it will benefit thanks to cross-selling alongside its new owner.

The British Studio Hopes the Acquisition Will Boost Its Business

Calvin Kent, the chief executive officer of ReelNRG, described the acquisition by LL Lucky Games as an “important new start” for the British slots developer. He explained that the additional support his company will receive from its new owner will help it stand up stronger than ever. Kent said that he hopes ReelNRG will be able to improve the delivery of its products to clients and customers.

According to the CEO, the studio’s new server infrastructure has been completed and is optimized and ready to scale. He revealed that ReelNRG’s stakeholders are also excited by the acquisition by LL Lucky Games and are happy to continue supporting the British developer.

Mads V. Jørgensen, the chief executive officer of LL Lucky Games is happy with the new acquisition. He emphasized its importance by mentioning the crucial licenses that ReelNRG holds, as well as its strong portfolio of proprietary titles.

Following the purchase of the British supplier, LL Lucky Games will boast a portfolio of more than 100 games. Jørgensen explained that this will benefit both companies by enabling them to cross-sell and improve the efficiency of their business.

Most importantly of all, Jørgensen is delighted that this big step secures and reinforces LL Lucky Games’ position as a fully independent studio that is oriented toward the regulated gambling markets.