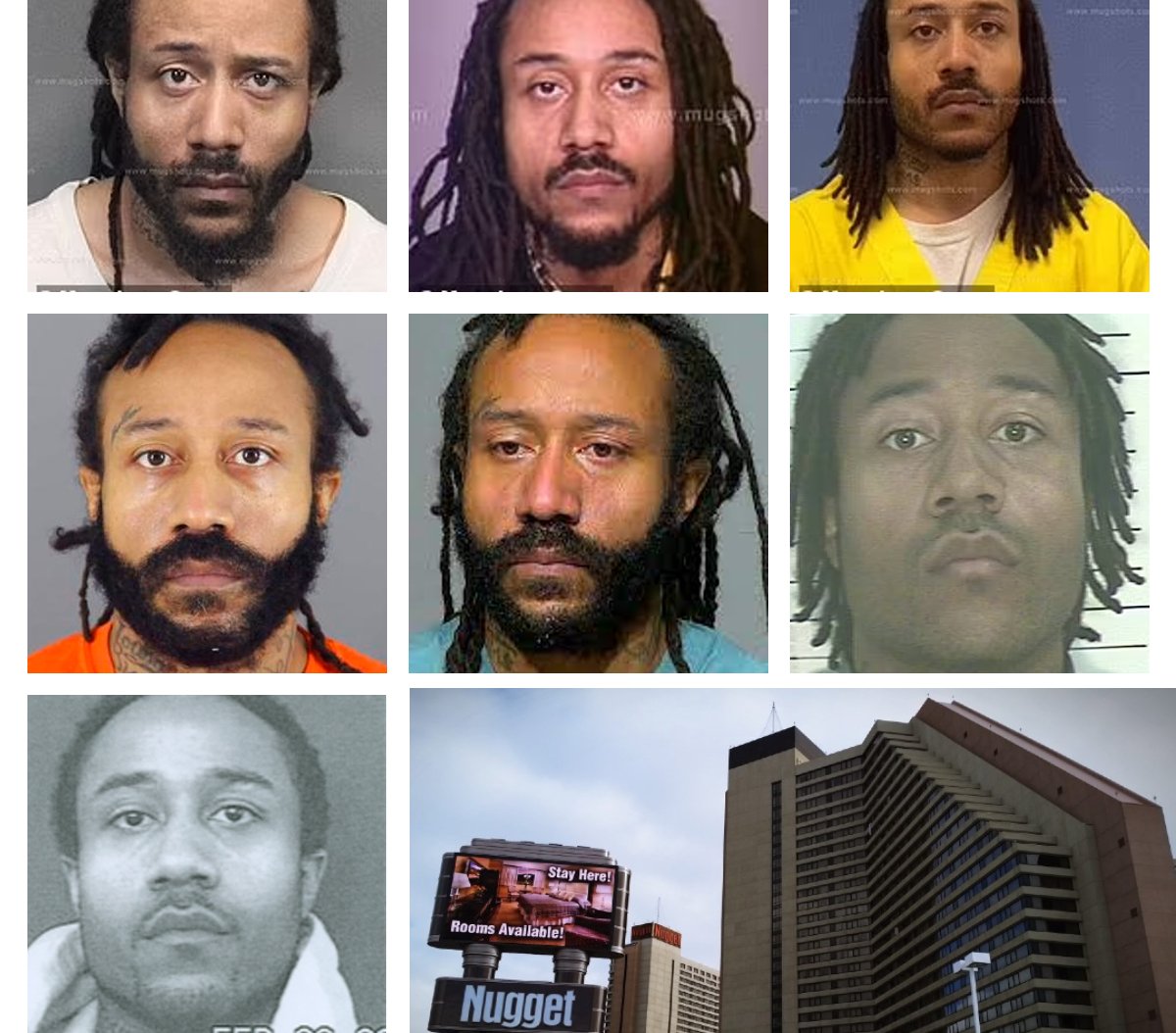 Waukesha Christmas parade suspect Darrell Brooks has been discovered to have a lengthy criminal rap sheet in numerous states. And that lengthy record extends to Nevada, where court documents reveal that he once threatened to blow up the Nugget Casino Resort in Sparks.

Darrell Brooks, the Waukesha Christmas parade suspect who drove an SUV into a crowd of people, is facing at least five first-degree intentional homicide charges. Brooks admitted in 2007 to calling in a bomb threat to the Nugget Casino in Sparks, Nevada. (Image: Mugshots.com/Casino.org)

Washoe County, Nv., court records show that Brooks, now 39-years-old, pleaded guilty in 2007 to phoning in a fake bomb threat to the Nugget Casino. The resort is located less than three miles east of downtown Reno.

Brooks pleaded guilty and was sentenced to probation for the misdemeanor charge of disturbing the peace. The Nugget banned him for life.

The said defendant on or about the 18th day of March 2007, at Sparks Township, within the County of Washoe, State of Nevada, did willfully and unlawfully, through the use of the telephone make a threat concerning an alleged attempt to be made to damage and/or destroy John Ascuaga’s Nugget, 1100 Nugget Avenue, Sparks, Washoe County, Nevada, by means of an explosive and/or bomb,” his guilty plea read.

The late John Ascuaga was a Nevada casino pioneer. Prior to his death in June of 2021, Ascuaga sold his Sparks Nugget Casino for an undisclosed price to Anthony Marnell III’s Marnell Gaming, who rebranded it simply, “Nugget Casino Resort.”

The Nugget Casino is one of the largest casino resorts in Northern Nevada. The complex has 1,600 hotel rooms, a convention center, and a casino floor with 900 slot machines and 30 table games.

Darrell Brooks has been charged with five counts of first-degree intentional homicide for plowing his SUV into the Waukesha Christmas parade Sunday afternoon. A sixth person — and the youngest — an eight-year-old boy, succumbed to his injuries yesterday, which will likely result in a sixth homicide charge.

Brooks, a resident of Milwaukee at the time of his Waukesha, Wi., arrest, has been detained and charged with crimes at least 10 times since 1999. In Nevada, his bomb threat conviction isn’t his only run-in with the law.

Brooks was found guilty in 2006 of a felony charge in Nevada for having consensual sex with a 15-year-old minor who later became pregnant. He received three years of probation and became a registered sex offender in that case.

Brooks’ time before Nevada judges didn’t end there. In 2016, he was charged again for allegedly violating the state’s sex crime laws. But Brooks, Nevada law enforcement say, skipped town on bail and failed to appear for his court date. That resulted in Nevada issuing a warrant for his arrest.

Despite being in custody two additional times in Wisconsin prior to the Waukesha parade horror, authorities did not turn Brooks over to Nevada authorities to face the sex crime charge.

Nevada sentenced Darrell Brooks to 12 to 36 months in prison for his 2007 conviction. He was incarcerated in July 2007, but released after 14 months in September of the following year.

As for Nevada’s lingering arrest warrant for his 2016 failure to appear in court, state arrest warrants often go unserved, despite the person in question being apprehended in another state.

David Bierie, a professor in the University of Maryland’s Department of Criminology and Criminal Justice, reports that on any given day, there are more than two million active criminal warrants in the United States.

Over one million of these warrants are for felonies, and approximately 100,000 are for serious violent crime,” Bierie wrote in 2015.