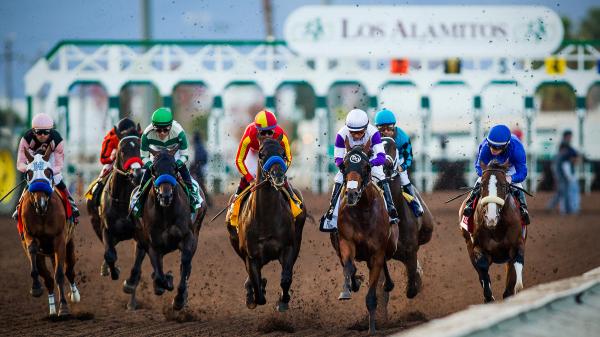 The Road to the 2023 Kentucky Derby Presented by Woodford Reserve picks back up this upcoming weekend with two qualifying points preps on the calendar. At Remington Park, 2-year-olds will square off in the Remington Springboard Mile on Saturday, Dec. 17. Also on Saturday, some of California’s best juveniles will compete in the Grade 2 Los Alamitos Futurity at Los Alamitos.

Both of those races will be televised live on FanDuel TV along with racing at Gulfstream Park, Turfway Park, and many other tracks as part of its comprehensive package.

Racing at Aqueduct and Oaklawn Park will be showcased on “America’s Day at the Races.” The NYRA-produced show will air from Friday to Sunday, Dec. 18 this weekend on FS1 and FS2 – check the below schedule for air times.

America’s Best Racing’s popular “La Trifecta” livestream is back for its final 2022 show Thursday evening, Dec. 15, at 8 p.m. ET. The show is presented en Español and is hosted by Darwin Vizcaya, Claudia Spadaro, and Annise Montplaisir. This final broadcast will air exclusively on ABR’s Instagram channel.

Here’s a rundown of TV, livestreaming, and radio coverage of horse racing this week: