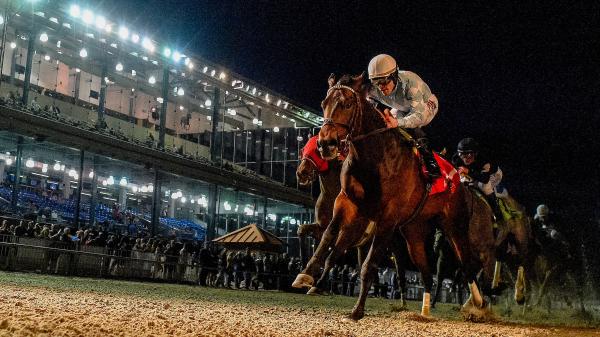 Where to Watch/Listen: Horse Racing Coverage for Feb. 16-21

The road to the 2022 Kentucky Derby Presented by Woodford Reserve stops in the Crescent City a week and a half ahead of Mardi Gras this Saturday Feb. 19, as Fair Grounds in New Orleans hosts the Risen Star Stakes Presented by Lamarque Ford. The Risen Star is the first Derby points prep to boost the points distribution to a total of 85, distributed to the top four finishers on a 50-20-10-5 scale.

The Risen Star will be televised on TVG along with races from many other tracks as part of their daily comprehensive package. Meanwhile, racing from Aqueduct, Oaklawn Park and Tampa Bay Downs will be showcased on NYRA’s “America’s Day at the Races” airing from Friday to Monday, President’s Day on FS2 – check the below schedule for air times.

For livestreaming this week, don’t miss ABR’s new show “Devine and the Dog” airing Wednesday, Feb. 16 at 6 p.m. ET. Hosted by racing analyst Megan Devine and horseplayer and raconteur Chase Sessoms, aka “The Wolf of Oaklawn,” “Devine and the Dog” can be streamed on ABR’s Facebook, Twitter, and YouTube channels.

2022-02-15
Previous Post: What Would You Do? – Gambling With An Edge
Next Post: Poker Fanatic Richard Seymour Elected to NFL Hall of Fame