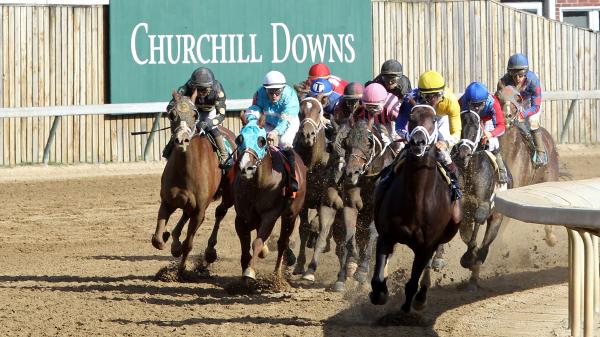 Where to Watch/Listen: Horse Racing Coverage for Nov. 10-15

Now that the 2021 Breeders’ Cup World Championships are wrapped up, the racing calendar begins the transition toward prep races for the 2022 Kentucky Derby Presented by Woodford Reserve and the opening of winter meets at major tracks in Florida, Louisiana, Arkansas, and California. We’re still a few weeks away from that, however, and in the meantime racing continues at Belmont Park (with its fall meet extended a week longer than usual), Churchill Downs, Del Mar, and elsewhere.

Racing from Belmont and Churchill will be broadcast live on the NYRA-produced “America’s Day at the Races” show presented by America’s Best Racing from Wednesday to Sunday on FS2 – check the below schedule for air times.

Del Mar’s Bing Crosby meet will be showcased on TVG along with action from many other tracks from around the world as part of their comprehensive package.

For live streaming coverage this week, a new edition of “La Trifecta” will air Thursday, Nov. 11, at 8 p.m. ET. Presented en Espanol, the show is hosted by Darwin Vizcaya, Claudia Spadaro, and Annise Montplaisir. It airs on ABR’s Facebook, Twitter, and YouTube channels.

Here’s a rundown of television, live streaming, and radio coverage for the upcoming week: