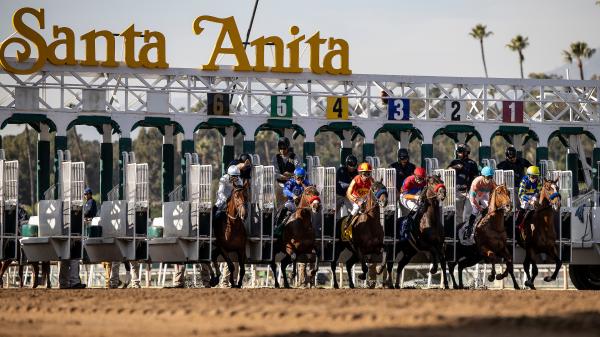 The upcoming weekend in horse racing is highlighted by two qualifying points preps for the Kentucky Derby Presented by Woodford Reserve, one on each coast. The Jerome Stakes Saturday, Jan. 7 at Aqueduct offers qualifying points on a 10-4-3-2-1 scale to the top five finishers, as does the Sham Stakes, held Sunday, Jan. 8 at Santa Anita Park.

The Sham plus other action from “The Great Race Place” will be broadcast on FanDuel TV along with races from Gulfstream Park, Turfway Park, Fair Grounds, and other tracks.

Racing from Aqueduct, Oaklawn Park, and Tampa Bay Downs is showcased on “America’s Day at the Races.” The NYRA-produced show will be shown on FS1 and FS2 over the weekend – check the schedule below for air times.

Here’s a rundown of this week’s horse racing schedule for TV and radio: