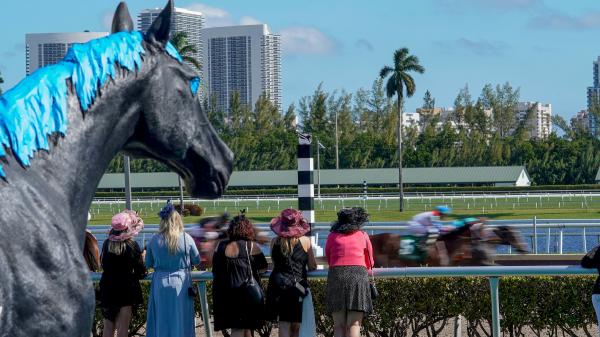 This Saturday marks the first signature racing day on the 2023 calendar in North America. At Gulfstream Park, eight stakes races will be held, capped off by the seventh annual $3 million Pegasus World Cup Invitational Stakes Presented by Baccarat. At Oaklawn Park, an important prep race for the Kentucky Derby Presented by Woodford Reserve is on the schedule: the $750,000 Southwest Stakes. There are several other graded stakes races on tap at different tracks around the country as well.

Undercard races from Gulfstream Saturday will air on FanDuel TV along with races from tracks such as Santa Anita Park, Turfway Park, and Fair Grounds as part of their usual comprehensive coverage.

A don’t-miss livestream is also on tap for Pegasus day, as America’s Best Racing presents “Pegasus World Cup LIVE!” on-site from Gulfstream Park. The show has a tentative start time of 3:30 p.m. ET, will be hosted by Dan Tordjman, Danielle Moinet, Rachel Miller, and Mike Somich, and will feature several special guests providing handicapping analysis and coverage of the social scene at Gulfstream. “Pegasus World Cup LIVE!” will air on ABR’s Facebook, Twitter, and YouTube channels.

Here’s a guide to TV, livestreaming, and radio coverage of horse racing for the week: