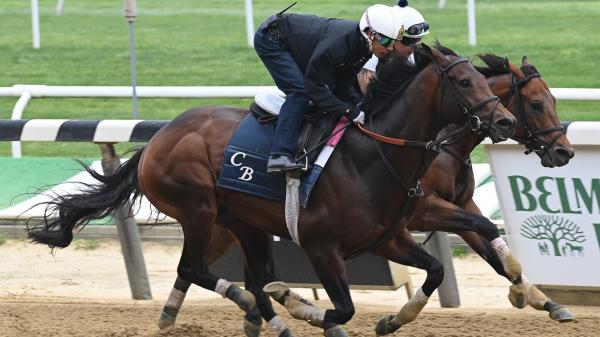 Who Will Win the Preakness Stakes? Veteran Turf Writers Pick the Superfecta

Bob Ehalt and Tom Pedulla became fast friends when they met on their first day at Fordham Preparatory School in the Bronx, N.Y., in 1970. Bob soon introduced Tom to the joys of Thoroughbred racing.

They have endured some rough moments at the track, with Tom taking exception when Bob repeatedly smacks him on the back with a program as one of their horses launches an all-out drive. Much to Tom’s chagrin and the amusement of onlookers, Bob has been known to call for security as he proceeds to cash a $27 triple.

They have owned a number of horses together and were part of the group that owned 1998 Whitney Handicap runner-up Tale of the Cat. They are often seen carrying on as if they never left their teenage years.

Here is their take on the 147thPreakness Stakes, to be run at a mile and three-sixteenths on Saturday at Baltimore’s Pimlico Race Course:

PEDULLA: Bob, I was initially torn between Epicenter and Early Voting. The more I thought about it, the more convinced I am that Epicenter is the way to go. Years of experience have taught us that the cream rises to the top. Class prevails. That has to lead us to Epicenter, by far the more seasoned and accomplished of the two. Epicenter won the Louisiana Derby before his near-miss second in the Kentucky Derby. Early Voting’s claim to fame? He won the Grade 3 Withers Stakes at Aqueduct, then took second in the Wood Memorial Stakes. Epicenter makes his eighth start, Early Voting his fourth. Enough said.

EHALT: Well, Thomas. You picked the 6-5 favorite. Now you know why I touted you onto that 4-5 fave at Pimlico. It’s just your speed. As for me, Risk is my middle name, so I’m going with … the second choice. Yeah, it’s Early Voting for me. I liked his runner-up finish and his speed figures in the Wood and think Chad Brown will have him ready for a top effort off six weeks rest since that day at the Big A. All of that speed should come in handy without any of those Looney Skip Rooney fractions we saw in the Kentucky Derby, and this should be his day to shine.

PEDULLA: Highly-respected Chad Brown took a very similar path in developing Early Voting as he did when Cloud Computing gave him his first Triple Crown victory in the 2017 Preakness. That makes Early Voting dangerous in this spot, but I do not see him topping Epicenter at this early stage of his career.

EHALT: Again, with Risk being my middle name (in case you forgot), I’m going to complete the exacta with … the favorite. I would not be surprised in the least if Epicenter wins this race. He’s certainly fast enough and talented enough. I just think the Derby had to take a little something out of him and that could be the difference in the heat and humidity Saturday.

PEDULLA: We both had to be impressed by Secret Oath’s victory against Nest, a distance-loving filly we both admire, in the Kentucky Oaks. That being said, Secret Oath fell short in her first test against males in the Arkansas Derby, albeit with a less-than-ideal trip. She will get a piece, nothing more.

EHALT: Unless the weather people are wrong, I’m expecting you to show up at Pimlico Saturday in the sandals, tank top with the Italian flag, and shorts you wear for your weekend bocce matches (Advisory: Leave the stogie at home. There’s no smoking in the pressbox). It will be that hot. So why not try the Florida-bred Simplification, who was born and raised in a hot climate. He’s also quite consistent and a natural for the trifecta or superfecta.

PEDULLA: When the connections put up $150,000 to supplement to a race, that gets my attention and says that trainer Kenny McPeek is convinced that Creative Minister belongs. I’ve never written a check close to that in my life. Who am I to disagree?

EHALT: Sorry, but allow me to disagree. To close out the superfecta, I’m taking Skippylongstocking, another Florida-based 3-year-old. He’s nicely priced at 20-1 after finishing third in the Wood. Since I like Early Voting, why not toss in “Skippy” to inflate the payoffs. And that’s why my middle name is Risk.