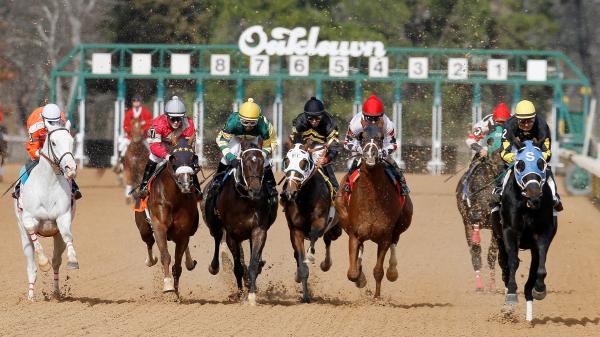 Most of the 10 entrants in the $150,000 Fifth Season Stakes Saturday at Oaklawn Park have very good credentials. In fact, the combined earnings of the field is more than $6 million.

Topping the list for the one-mile race is last year’s Fifth Season winner Rated R Superstar ($1.7 million), who has 13 career wins including the similar Jeffrey A. Hawk Memorial Stakes last month. Next there’s Silver Prospector ($1.2 million), who won the Grade 3 Southwest Stakes over the track in 2020 and the Grade 3 Steve Sexton Mile Stakes last spring. Another recent stakes winner is Soy Tapatio, who took the Zia Park Championship Stakes when last seen in November. Dreamer’s Disease, who won the Delta Mile Stakes in November, enters the race looking for his third win in a row. Heart Rhythm stretches out to two turns for only the second time in his career. It’s his 24th career start and he showed he belongs at the level with a runner-up effort in the Thanksgiving Classic Stakes in November. Another top runner is Ginobili, who won the Grade 2 Pat O’Brien Stakes last summer around one turn. King Fury was winless in five races last year but won the Bourbon Trail Stakes in the fall of 2021 and has shown sparks of that kind of form in a couple of races since. Hello Hot Rod led from the start and into the stretch in the Jeffrey A. Hawk before fading to fourth and is one of the horses who is likely to be on, or very near, the lead from the start. Seize the Night led from start to finish to win an allowance race over the track last month and is another who could vie for the early lead but faces a big test at this level. Runnin’ Ray ran the best race of his career when third in the Grade 3 Oaklawn Mile Stakes last April over the track and won his next start in May but is winless in three races since then.

Silver Prospector has run nine times at Oaklawn in his 24-race career, winning once and placing once so you might think he prefers other tracks as the majority of his $1.2 million in earnings has come elsewhere. That is not the case, as he earned the biggest win in his career over this track. That win came three years ago in the Southwest Stakes with a then career-best 107 Equibase Speed Figure. One year later he finished second in the 2021 Grade 3 Razorback Handicap here in a huge effort when second to a six-length winner, also earning a 107 figure. Silver Prospector then lost six more races in a row but showed his top form one more time last May when victorious at this mile trip in the Steve Sexton Mile, earning a new career-best 112 which is the best figure earned by any horse in this field. He’s been rested since a poor effort last October, and the reason I believe Silver Prospector can return to form good enough to win is the fact that he puts on blinkers for the very first time, and that change resulted in a very fast half-mile workout six days ago which was the second-best of 87 on the day. Additionally, Silver Prospector won the Steve Sexton from the outside post in a field of nine, similar to the outside post he gets in this race, and he closed into a fast pace in that race, similar to the one he will get courtesy of need-the-lead types Hello Hot Rod, Dreamer’s Disease and Seize the Night. If the assessment is correct the equipment change as well as returning to Oaklawn means Silver Prospector may be able to rebound to top form, and he could post the upset and win this year’s Fifth Season Stakes.

Soy Tapatio really came into his own after changing trainers to Robertino Diodoro last summer. His first race for Diodoro was a six and one-half length win in the Manitoba Mile Stakes, earning a career-best 107 Equibase figure. Since then, Soy Tapatio has won two of four while losing by a neck on the wire in another. All four were stakes races and he earned 104 and 105 figures in the two wins. Since shipping into Oaklawn, Soy Tapatio has worked three times, with his most recent similar to Silver Prospector seven days ago where his half-mile workout was the second best of 47 on the day. Also similar to Silver Prospector, Soy Tapatio will appreciate the hot and contested early pace by at least three, perhaps four (including Ginobili) other horses, enabling him to potentially win for the fourth time in his last six races.

Rated R Superstar is now a nine-year-old but considering he won four of nine races last year at the age of eight, earning $600K in the process, that’s not a concern. Five of his 13 wins have come at Oaklawn and if he wins this race his earnings at this track alone will exceed $1 million. Last year Rated R Superstar won this race after returning from four months off and a runner-up finish. This year he enters the Fifth Season in even better form, as he won the Jeffrey A. Hawk Memorial Stakes one month ago following a three-month rest. Jockey Isaac Castillo was aboard for the first time in that race and rides back. Even though Rated R Superstar only earned a 100 figure for his win last month and a 102 figure for his win before that last summer in the Governor’s Cup Stakes, the 111-figure effort earned winning last year’s Fifth Season would put him right there with Silver Prospector if that one ran his best race, leading to a very exciting finish.