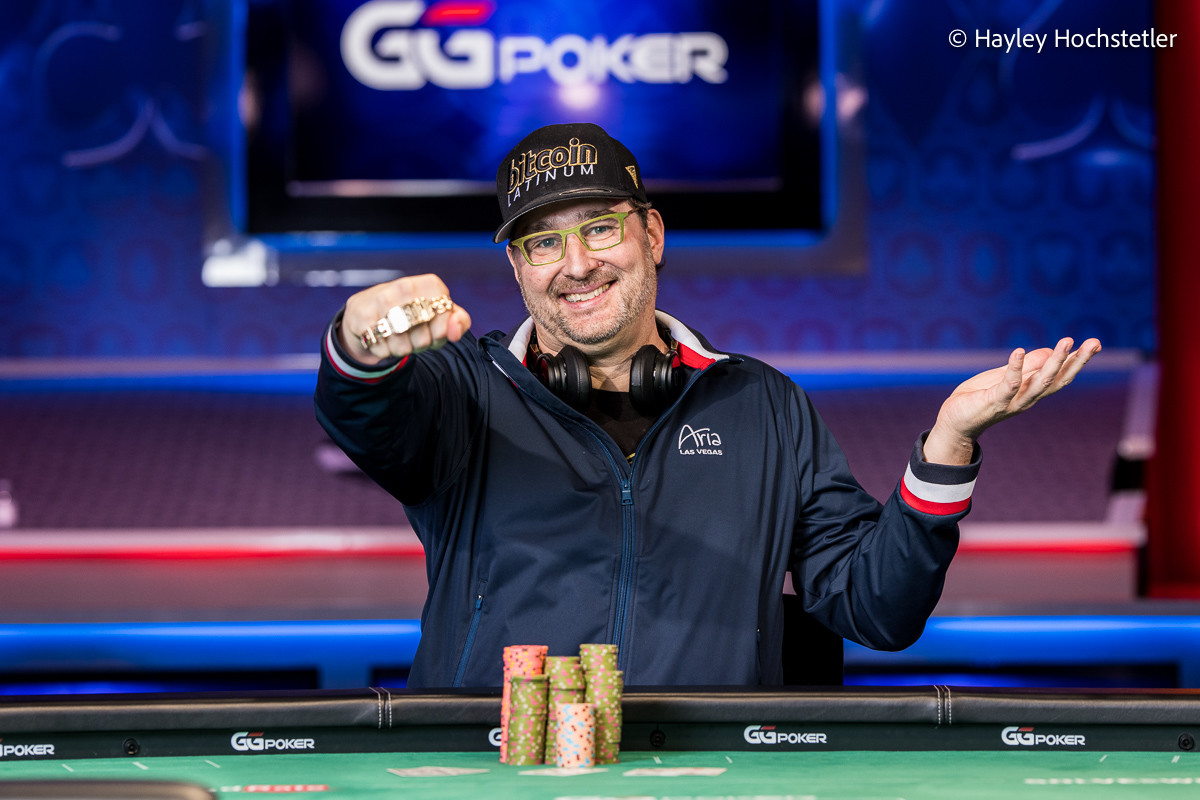 Poker Hall-of-Famer Phil Hellmuth has been receiving lots of flack lately for how he played queen-4 offsuit in the recent 2022 US Poker Open – undeservedly. Rather than taking the advice of the countless armchair analysts, we at CardsChat spoke with legendary poker analyst Mike Schmostle to get his thoughts on the hand and learn from an expert in making hero calls why the conventional wisdom is wrong, and Hellmuth was right.

Do you know how many bracelets this guy has? Don’t question how he plays his hands, lest you want to miss his genius. (Image: GGPoker)

First, for those who didn’t see it, here are the essentials you need to know:

“He can dodge bullets, baby,” somebody who wasn’t Schmostle said.

It’s all about body language

Schmostle has a storied career of being able to read people’s hands with seeming X-ray vision simply by staring between his legs — a crotch-reading technique that has proven especially effective in live-streamed games.

“The first big misconception here is that Phil was reraising as a bluff,” Schmostle explains. “Foxen’s staredown body language is much more indicative of a hand like jack high.”

When you compare the tilt of Foxen’s jawline against that of other televised pros, the angle is definitely consistent with weaker holdings – and following the betting action should be largely avoided.

“The key to mastering body language is not looking at your opponent,” Schmostle says.

Q4o is worth the hype

That being said, Q4o has surprising equity, as is made clear in this graph by poker pro Kevin Martin.

“Queen four is basically the new ace-5 suited,” Schmostle said. “It deserves the hype.” But he clarified that calling with Q3o would’ve been “crazy” and “absolutely bananas.”

Even WSOP bracelet winner Jason Koon started a Twitter thread explaining “why the @phil_hellmuth 3b and call off with Q4o wasn’t as bad as it looks.”

At the end of the day, it is important to be results-oriented. Hellmuth won the hand and that should say it all in terms of whether or not he made a mistake.

“It may be unorthodox,” Schmostle admitted, “but the ends always justify the means.”

Ed. Note: Some names may have been changed to protect their non-proprietary calling ranges and subsequent reputations.

Mid-stakes grinder, author of “A Girl’s Guide to Poker” (D&B Publishing, 2020), and instructor at Poker Power.