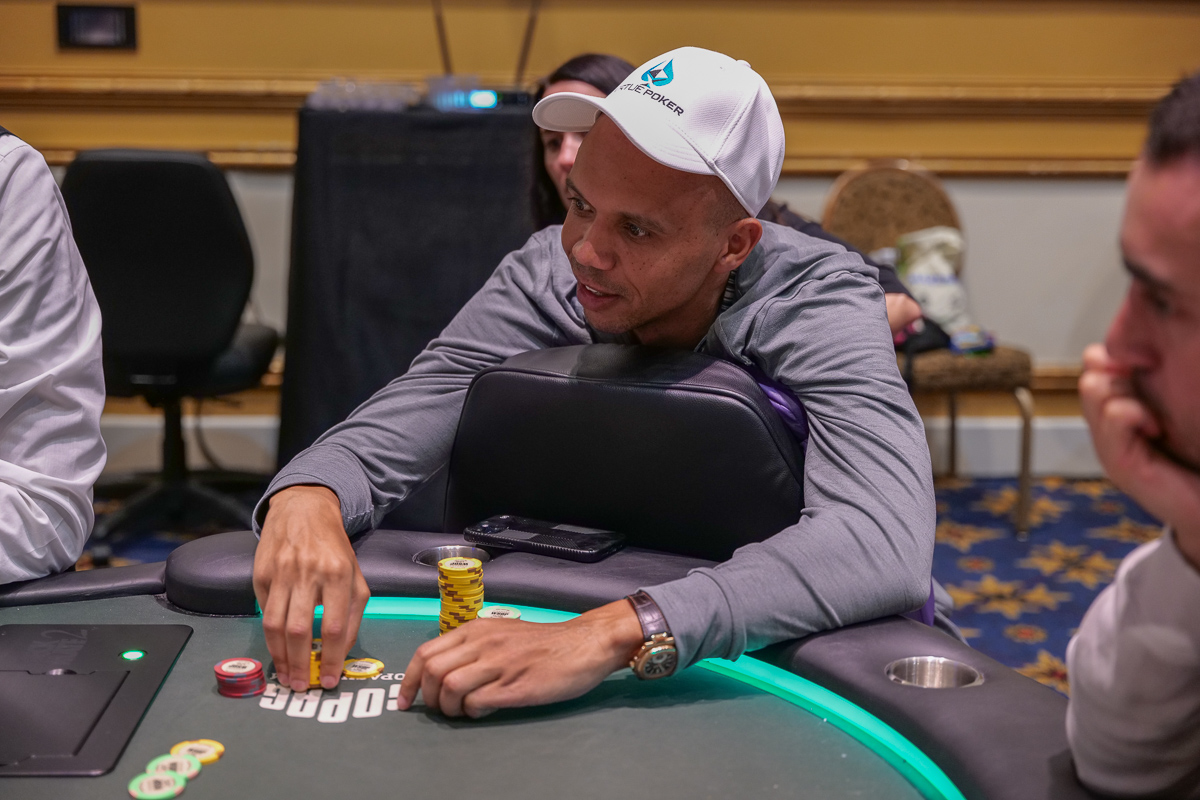 The World Poker Tour bagged a big one. Phil Ivey is the newest ambassador of the tour, which is still going strong at 20.

Ivey joins Doyle Brunson, who was named as ambassador in June, as well as poker YouTuber poker stars Brad Owen and Andrew Neeme and DJ/designer/influencer Steve Aoki, all of whom were signed by the WPT this year to help the show celebrate its 20th season.

“WPT is one of the most respected brands in poker, and I’m honored to become a WPT Ambassador,” said Ivey, in a press release. “My commitment and passion towards poker has never been higher and I look forward to working with the WPT to showcase poker around the world, adding to its continued expansion.”

A long way from the Taj

That’s a lot of words for the often silent superstar whose poker roots go back to his years playing at the Taj Mahal in Atlantic City in the mid-1990s. Back then, Ivey’s fake ID identified the then-underage player as Jerome Graham and earned him the nickname “No Home Jerome” because of the 15-hour-plus sessions he’d play daily.

The big game then was $200/400 Seven-Card Stud — huge for anyone, let alone a 20-year-old from New Jersey. Many of his opponents from those games, including Cyndy Violette, John Hennigan, Alan Kessler, and former WSOP media director Nolan Dalla, have also risen to the top of the poker world over the years.

Ivey, 45, has competed in WPT events since the show first started filming in 2003. He sits eighth on the WPT’s all-time money list with $4.4 million in cashes. He quickly became one of the faces of the WPT — and all of poker — during the show’s first season by making three final tables.

His first eight cashes in WPT events all ended at final tables before he secured his first title at the LA Poker Classic in 2008. Ivey also won the WPT Heads-Up Championship in 2021, a $400K payday in the invitational that was streamed online.

He, along with Brunson and Johnny Chan, owns 10 WSOP bracelets. The trio is tied for second in the bracelet race behind Phil Hellmuth, who owns 16.

Ivey, who’s known to chase gambling action around the globe, continues to load his schedule with big buy-in events. At this summer’s WSOP, he came close to breaking the tie with Chan and Brunson by making four final tables, including one runner-up finish.

In September, he won the $30K No-Limit Short Deck event at the Triton Super High Rollers series for $387K. Two days later, he finished fourth in the same event with a $50K buy-in for another $181K.

In April, he dominated the same series, winning a $50K Pot-Limit Omaha event and a $75K No-Limit Short Deck event. His tourney results page is long, intimidating, and plainly astounding.

With those results alone, any poker aficionado would do well by arguing that Ivey is poker’s GOAT.

Thanks to the advent of poker livestreams, particularly Hustler Casino Live, poker fans are able to get a glimpse at how Ivey performs playing nose-bleed stakes, his natural home. They get to see the same intense, soul-reading stare that some of the world’s richest gamblers have faced over the last 20 years.

Ivey is scheduled to make media and fan appearances at the WPT World Championship at Wynn Las Vegas in December. He’ll play in the $15 million guaranteed championship that starts December 12, and will also take part in what the WPT is calling an “off-the-felt experience” on December 10. More details will soon be released.

“As WPT celebrates its 20th-anniversary season, we have aligned the brand with talent and events that symbolize the very best in personal achievement,” said Adam Pliska, WPT CEO, in the same press release. “I cannot think of anyone who better represents that more than Phil, and I know players will appreciate the chance to interact with him at upcoming events.”

Look forward to playing in the @WPT World Championship in December and being an Ambassador for @WPT pic.twitter.com/dGBzKAYEUl