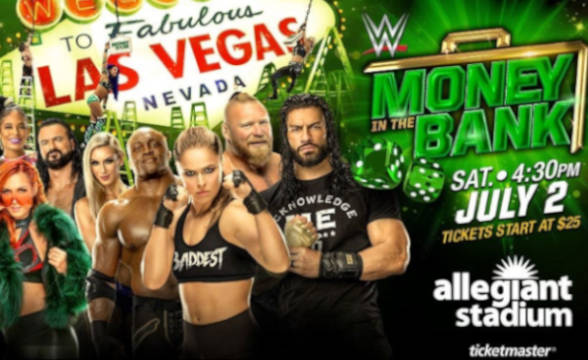 WWE Money in the Bank 2022 Odds, Time, and Prediction

WWE is coming back to Las Vegas this Saturday. July 2 is when the Money in the Bank 2022 event will take place at MGM Grand. Even though professional wrestling is scripted – rather than being a competitive sport – it doesn’t mean people can’t bet on it.

This is the reason why we decided to do a Money in the Bank preview, in which we analyze the matches and share our top predictions and picks.

The Usos vs Street Profits

In the previous edition of the Money in the Bank, The Usos became the SmackDown Tag Team champs. Since then, the guys added more accolades to their portfolio, establishing themselves as fan favorites. This Saturday, they’re taking on Street Profits, a team that’s fun to watch, but which just doesn’t have as much star power as The Usos to get a win.

The United States champion is seen as a rising star in the WWE universe, although this doesn’t necessarily mean Theory will win on Saturday. Sure, odds are in his favor, but we all know that WWE bosses love surprises. That’s why our vote goes to Lashley.

Originally, Bianca Belair was supposed to fight Rhea Ripley, but WWE had to change its plans as Ripley suffered an injury. As a result, Carmella stepped in as a replacement, ready to challenge the Raw Women’s Championship. She might be ready to fight for the title, but Belair is just too much of a star to lose her championship belt to a wrestler like Carmella.

Rousey is the biggest favorite of all the wrestlers taking part in Money in the Bank 2022. With the odds of -4900, it seems almost impossible for her not to win. That said, anything but a spectacular win for Rousey would be a major surprise.

Anything can happen here, but our pick is Seth Rollins. The man is an odds-on favorite for a reason – he’s one of the best wrestlers of his generation, who’s been achieving a lot in the WWE over the last couple of years. Adding more gold to his portfolio is what’s on his mind right now.

Lacey Evans and Becky Lynch are the co-favorites to win this match, both with the price of +150. Further, the odds on other wrestlers aren’t miles apart either. That said, this is going to be an entertaining clash, no doubt about that, but we still think Lynch is more likely to triumph. Why? Because it would help build up the narrative for the potential rematch with Belair in the summer.