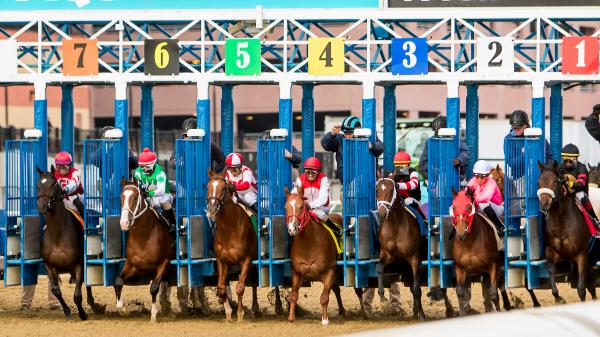 2022 Remsen Stakes at a Glance

It’s been a while since the winner of the Remsen Stakes went on to capture the Kentucky Derby. To be precise, 1994 Remsen winner Thunder Gulch was the last one to pull off that elusive double.

Yet the Remsen did play a major role in this year’s Triple Crown as 2021 Remsen victor Mo Donegal won the Belmont Stakes Presented by NYRA Bets and Zandon, the runner-up, was third in the Kentucky Derby Presented by Woodford Reserve.

On Saturday at Aqueduct, seven 2-year-olds, all of them seeking an initial graded stakes win, will hope to follow in those footsteps by closing out the year with a Grade 2 win at a testing, two-turn 1 1/8-mile distance.

1. Il Miracolo (12-1 morning-line odds): Even though he has a win and three seconds in four career starts, he’s yet to be involved in a close finish. After a trio of runner-up finishes by five lengths or more, he broke through with a 5 1/2-length maiden win at Gulfstream Park. He’s yet to race around two turns but he certainly has the pedigree for it and, if takes another step forward off that maiden win, he can be factor here from the rail.

2. Tuskegee Airmen (8-5): He’s 2-for-2, including a two-turn win in a Delaware Park stakes on a wet track last time out. The time was fast and, though he’s stepping up in class, this is a pretty mediocre field for a Grade 2 stakes. With a late-running style and several in the field with sharp early speed, if he can transfer his form from Delaware to the Big A, he’ll be hard to beat.

3. Prove Right (15-1): He has plenty of experience as this will be his ninth start. He’s coming off a third in the Nashua Stakes at a mile and has two turns in his pedigree as a son of Triple Crown winner Justify. The big problem is that his times have been on the slow side and he’s unlikely to take a big step forward with so many races under his belt.

4. Arctic Arrogance (2-1): This will be his first start in open company, but the New York-bred seems ready for it. He’s never been worse than second in three career starts, and has a first and second in stakes company as well as a debut win on a muddy track. He posted an impressive speed figure last time at a one-turn mile and with a nice measure of early speed, and it would not be a surprise to see him in the thick of the race in the final furlong.

5. Midnight Trouble (8-1): He was second to Tuskegee Airmen in the Rocky Run Stakes at Delaware Park, so if you like that one, you should consider him as well. The 1 1/8-mile distance might be a bit long for him, but he’s making his first start for trainer Peter Walder and his times are comparable with everyone else in the field. He’s definitely worth a look.

6. Quick to Accuse (6-1): He was second to Arctic Arrogance, finishing 4 1/2 lengths behind in the mile Sleepy Hollow Stakes for New York-breds. He has been getting better with each start, and continued improvement certainly puts him in the mix for the win spot.

7. Dubyuhnell (5-1): There’s rain in the forecast for Saturday and he handled Aqueduct slop with aplomb in posting a maiden win in an off-the-turf race. A year ago, against Mo Donegal and Zandon, he would have been facing an steep uphill climb off that kind of win, but in this field, he merits attention – especially if it rains.