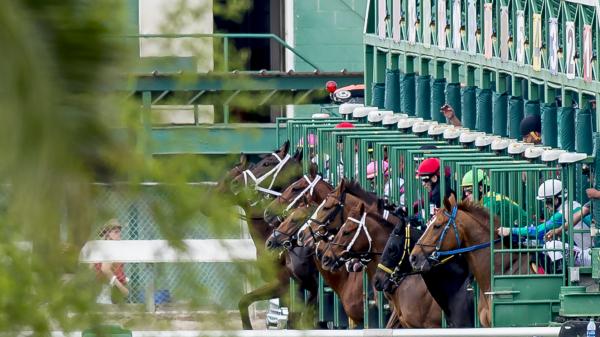 2022 Risen Star Stakes at a Glance

In some parts of the country, there’s no doubt winter still has some bite left and spring seems far off in the distance. But something that should warm the hearts of racing fans takes place Saturday when the Risen Star Stakes Presented by Lamarque Ford ushers in the 85-point round of Kentucky Derby preps that assures each winner a spot in the opening leg of the Triple Crown. With 50-20-10-5 points awarded to the top four finishers, Saturday’s runner-up at Fair Grounds also will be nicely positioned in the chase for one of those 20 coveted spots in the starting gate on the first Saturday in May.

1. Pappacap (4-1 morning-line odds): He turned in a good effort in the Lecomte Stakes, finishing third by three-quarters of a length. He rarely turns in a bad effort but more was expected from him and it’s fair to wonder if he’s peaked. The rail and a rider switch to Gaffalione should help, but he will need to take a step forward in a field as tough as this one.

3. Trafalgar (10-1): He was a competitive fourth in the Lecomte and adds blinkers here, but he seems a notch slower than the favorites and will face a tough challenge in the Risen Star.

4. Tawny Port (12-1): He’s undefeated in two starts for trainer Brad Cox, but the trouble is that both of those starts came on synthetic surfaces. He’s a not a tossout but it will be asking a lot of him to handle a field this talented in his initial try on dirt.

5. Epicenter (4-1): He absorbed a tough beat in the Lecomte, losing by a head after setting the pace from the start. This race is a sixteenth of a mile longer, but this colt has gotten better with each start for trainer Steve Asmussen and should be very hard to catch once again.

6. Pioneer of Medina (10-1): While trainer Todd Pletcher’s main string of horses is in Florida, he shipped this colt to Fair Grounds for a prep on the track and was rewarded with a front-running victory. His speed figures are slower than the top contenders, but, given his connections, overlooking him might be a mistake.

7. Zandon (9-2): Trainer Chad Brown opted for this spot over Gulfstream’s Holy Bull Stakes for a variety of reasons, such as the purse, configuration of the track, distance, and qualifying points. It looks like he made a wise decision as this colt seems primed for another big effort after ending 2021 with a sharp second in the Remsen Stakes, which was contested at the same 1 1/8-mile distance as the Risen Star.

8. Smile Happy (7-2): Talking about horses who closed out their 2-year-old season in impressive fashion, he was a dominant winner of both juvenile starts. He ended the year with a decisive victory in the Kentucky Jockey Club Stakes and an encore of that effort should propel him into the winner’s circle. Yet at this stage of the year, with the Kentucky Derby the ultimate prize, taking a stand against him in this spot, when he may not be cranked up to 100%, seems a worthwhile risk.

9. Bodock (10-1): Another starter with a 2-for-2 record for Cox, who has won at least a division of this race the last two years. This 3-year-old has raced only on dirt and won an allowance race here, but he’s yet to travel beyond six furlongs and an outside post will not help his chances.

10. Slow Down Andy (9-2): The California shipper beat Messier in his last start and that rival won by a pole in the Feb. 6 Robert B. Lewis. He’s definitely a major threat here, but the expected ground loss from the outside post is worrisome.