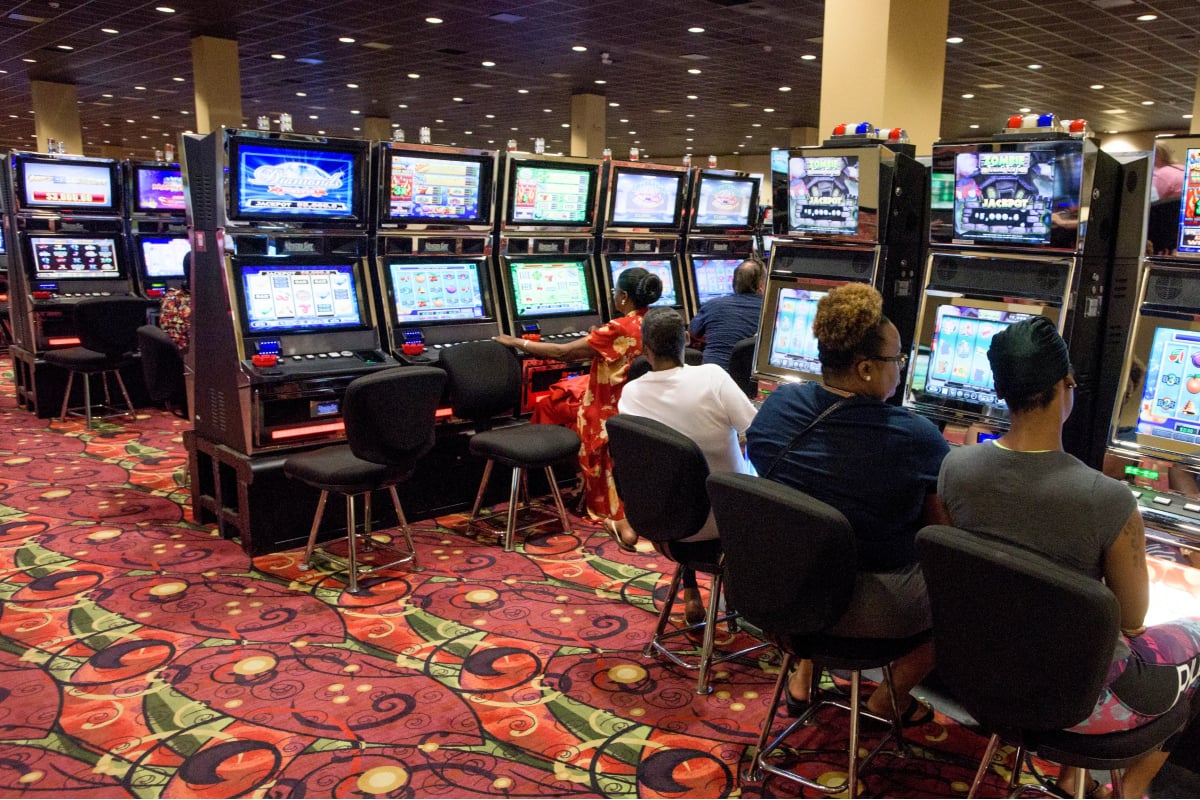 An Alabama casino threatened by a recent ruling from the state’s Supreme Court is levying racial discrimination allegations against the high court.

Gamblers inside Victoryland play the casino’s electronic bingo machines. The Alabama Supreme Court has designated the terminals as illegal gambling apparatuses and has ordered the bingo casinos in Lowndes and Macon counties to close. (Image: Montgomery Advertiser)

The Alabama Supreme Court on Sept. 30 issued its decision on two appeals that could result in the electronic bingo casinos in Lowndes and Macon counties being forced to close. The high court ruled that lower circuit courts were wrong in siding with the casinos over the state in Alabama Attorney General Steve Marshall’s (R) legal contention that the electronic bingo venues are operating unlawfully.

Attorneys for the three casinos, as well as legal teams representing the two counties, are asking the Alabama Supreme Court to reconsider the ruling. And in petitions seeking a rehearing, a lawyer for one of the casinos contends that the court decision is yet another blow to impoverished communities and another example of unequal treatment of Blacks in the southern state.

Lowndes and Macon counties are among the poorest counties in Alabama. Three in four Lowndes County residents are Black, while eight in 10 people are Black in Macon.

Most forms of gambling are illegal in Alabama. Notable exceptions are small charitable games of chance that certain nonprofits are allowed to run, and Class I and II Indian gaming on sovereign lands owned by the Poarch Band of Creek Indians, the state’s only federally recognized tribe.

The analogies made by the State and this Court make one think it is ruling based on beliefs and laws of the Jim Crow era and worse,” Touré wrote in the casino’s request for reconsideration with the Alabama Supreme Court.

“This Court’s September 30, 2022, ruling is a transparent policy aimed at imposing a system of injustice in order to intentionally perpetuate and further the separate and unequal treatment of majority Black, poor counties, and their citizens in Alabama as has been done throughout history now to the present day,” the application declared.

The Alabama Supreme Court in its e-bingo decision instructed the lower circuit courts to issue the casinos cease and desist orders within 30 days.

With the Supreme Court opinion published on Sept. 30, the lower circuit courts were to have issued such closing orders by Oct. 30. The circuit orders are to instruct the casinos to close within an additional 30 days, which would be Nov. 29 at the latest.

The casinos remain open for business despite their legally ordered closures.