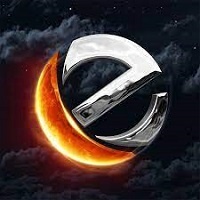 The Big Shake Neon slot machine is a fantastic, 80’s themed coin pushed slot machine from our friends at Eclipse Gaming. We had a front row seat for all the action this game brings, combining the traditional slot machine with the player favorite coin pusher game for a lot of excitement and some huge win potential!

We take a look at some of the best features of The Big Shake Neon, including the Rapid Fire feature, which brings the elements of skill game into the slot. Plus, there’s the Coin Wheel bonus, where coins rain down on the pusher! Our game play also includes hitting some nice wins!

Players can choose their denomination on Big Shake Neon, and even select their favorite music by touching the track pick button on the front of the coin deck for a truly immersive audio and visual game play experience! Here are some details on the games other features:

The Big One, this bonus awards the top progressive with three Big Shake Bonus symbols on a payline across all three reels. Your players will get ready to shake, rattle, and roll!

The Big Wheel Bonus awards coins to be dropped onto the coin deck. These coins are then pushed over the front of the deck to award a credit prize. This bonus is awarded with two Big Shake Bonus symbols and one Big Bonus Wheel symbol on the payline.