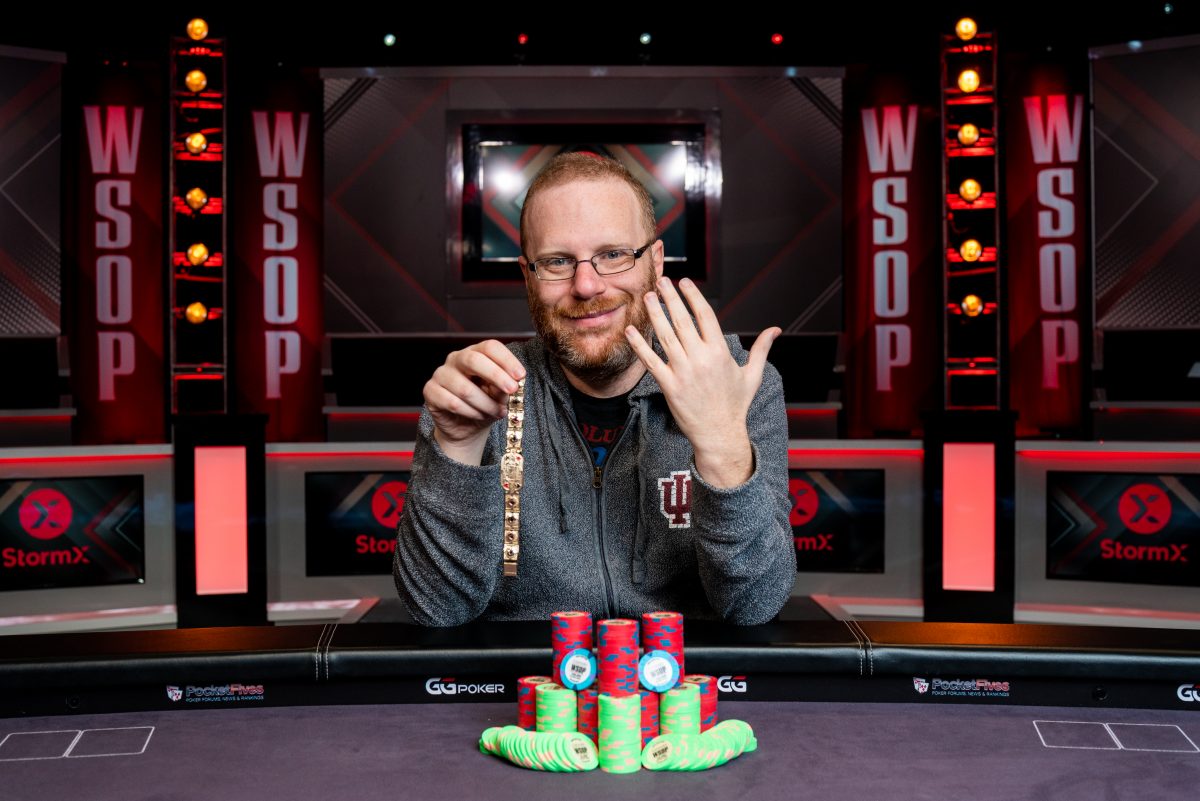 While 15 players won their first World Series of Poker bracelets this past week, a handful of pros keep adding more to their collections. Adam Friedman, one of the best mixed-game specialists in the world, won his fifth, while Jeremey Ausmus scooped his fourth.

The Frenchman made his first WSOP cash count by securing the bracelet in this large-field event. He has a handful of small cashes since 2018, but this is by far his greatest poker achievement. 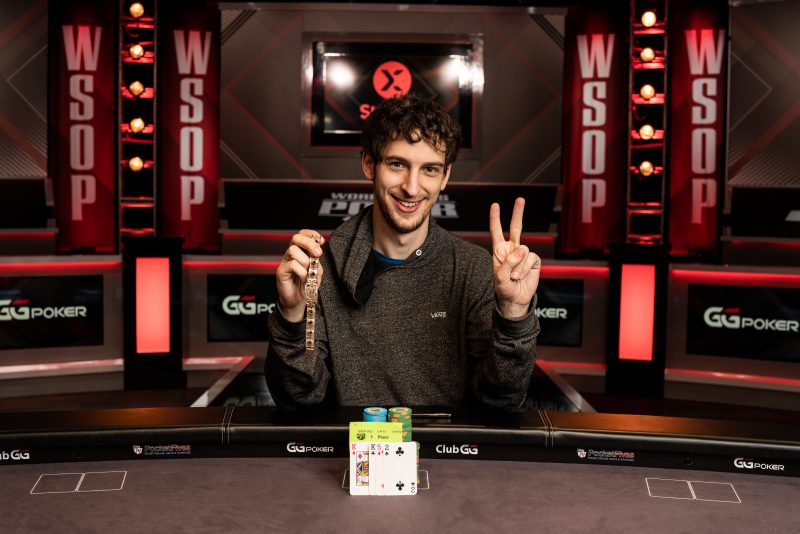 The cashing machine won his second bracelet in the championship event to increase his WSOP winnings near the $2 million mark. His first bracelet came in 2019 in the $2,500 Limit Triple-Draw event. The New Jersey resident calls himself a “Horrible PLO player, but a great human” on Twitter. 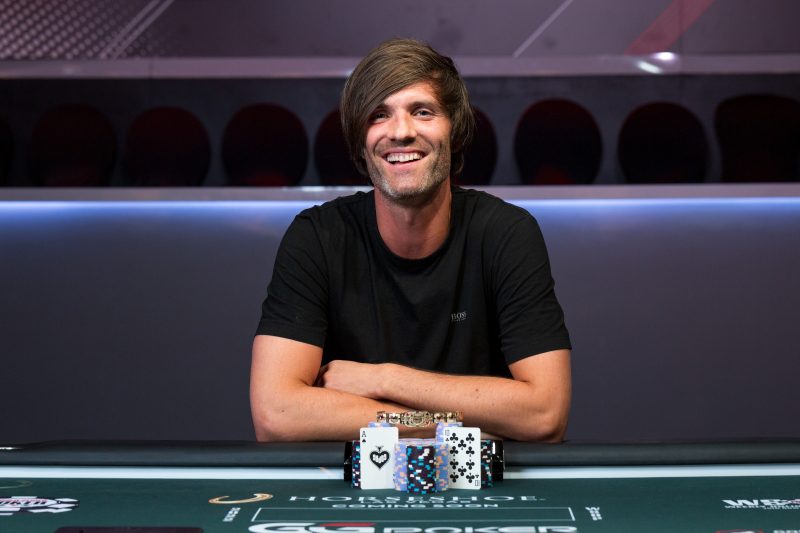 After years of min-cashing the WSOP, the man from Salzburg, Austria, won his first bracelet and was all smiles at the end. And why not? He finished four days of poker with all the chips and a piece of hardware to add to his one Circuit ring. 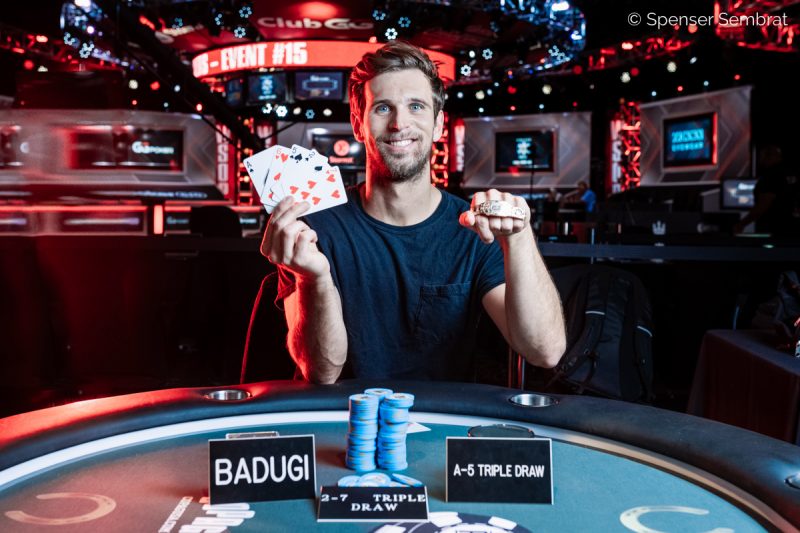 Coming close as the runner-up in the Big 500 online event last summer primed the Long Island, New York, resident to make a run at his first bracelet this year. It took 20 WSOP cashes, but the gold (or whatever yellow metal it’s made of) is now on his wrist. 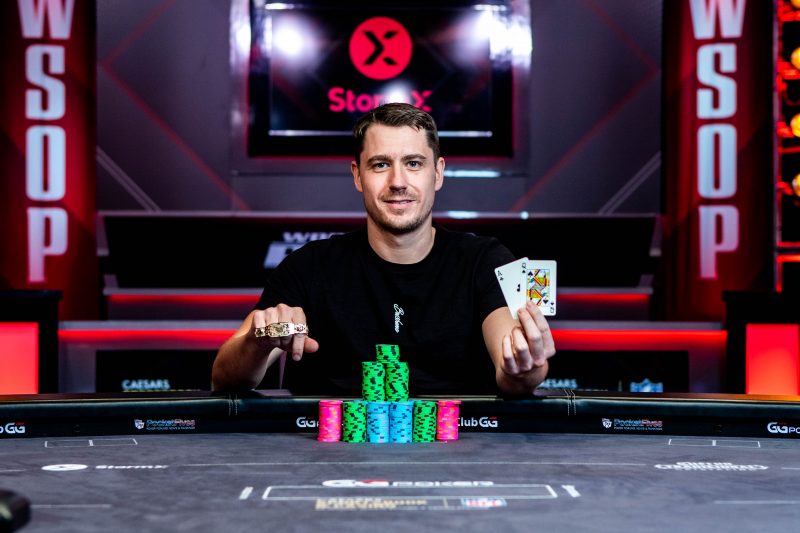 Another WSOP Circuit regular with more than 20 cashes under their belt, Schultz finally grabbed his first bracelet and his biggest WSOP cash since starting to bag chips in 2007. He also has a Circuit ring he won in Tahoe in 2010. 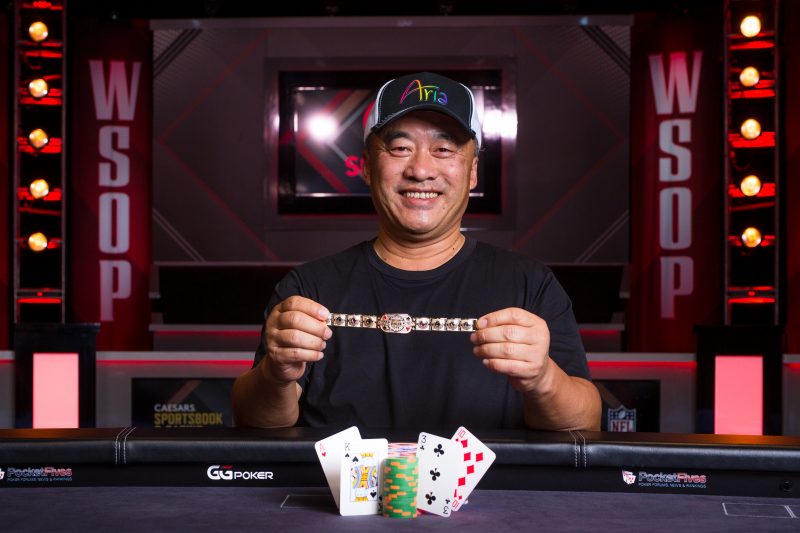 While many well-known pros rise to the top to make regular final table appearances, there’s at least one player each year who comes out of nowhere and makes a splash. Tong Li is one of those players. He made his first WSOP cash a good one by winning this high-roller event, beating several bracelet winners at the final table, including 2021 Player of the Year Josh Arieh. 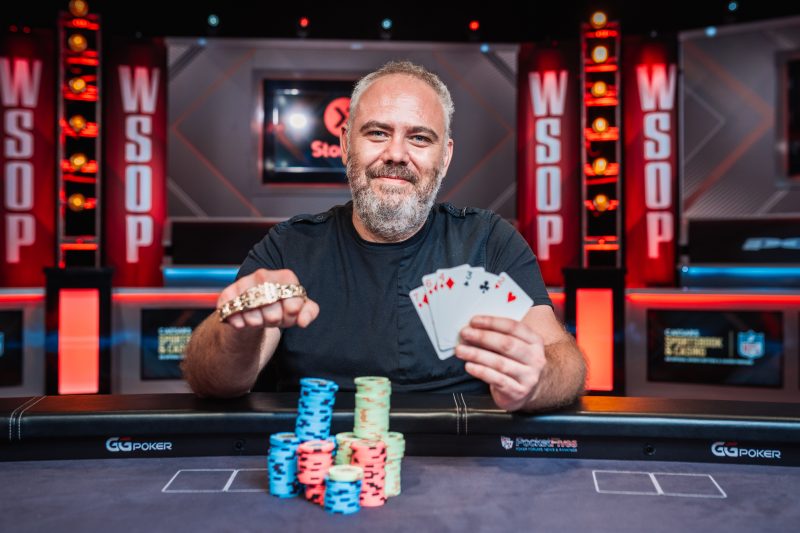 Another player who won his first bracelet last week, the Russian broke the $100K cash mark in this limit event. It’s by far the biggest cash of his poker career. 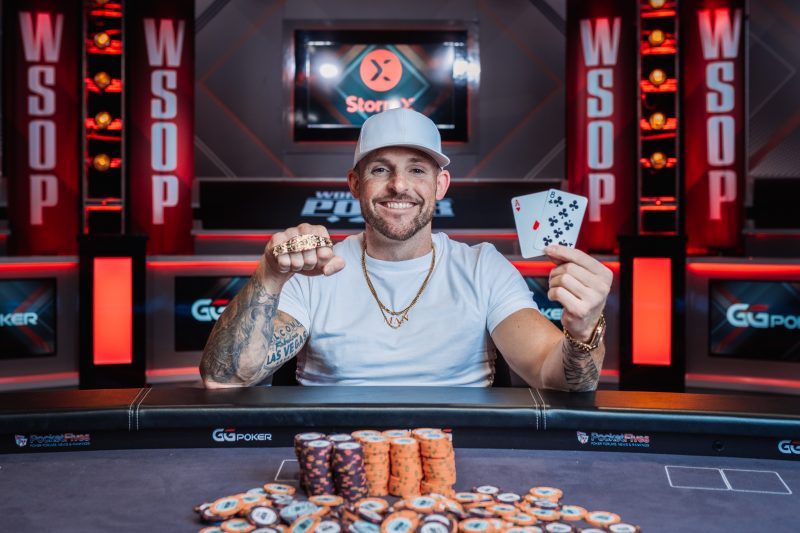 Las Vegas should have been renamed “New Bracelet City” last week, as another long-time grinder hit poker gold by winning his first bracelet. The cash also put the man known as “Juke” over the $1 million WSOP cash mark. He won a Circuit ring in Baltimore in 2018. 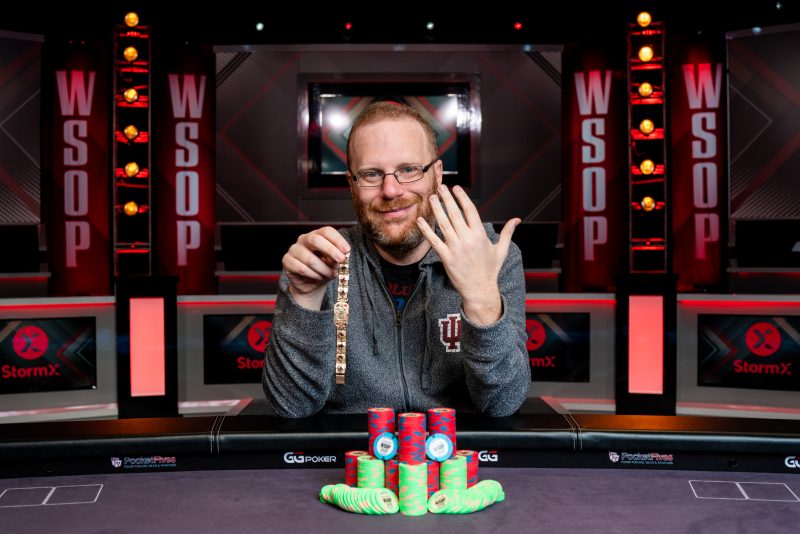 Let’s just say it: Adam Friedman is the frickin’ man. The mixed-game specialist from Ohio won his fifth bracelet, all in events not called Hold’em. Phil Ivey tried to get in Friedman’s way, but was stopped in third place. It’s the fourth year in a row Friedman came away from the WSOP with a bracelet. 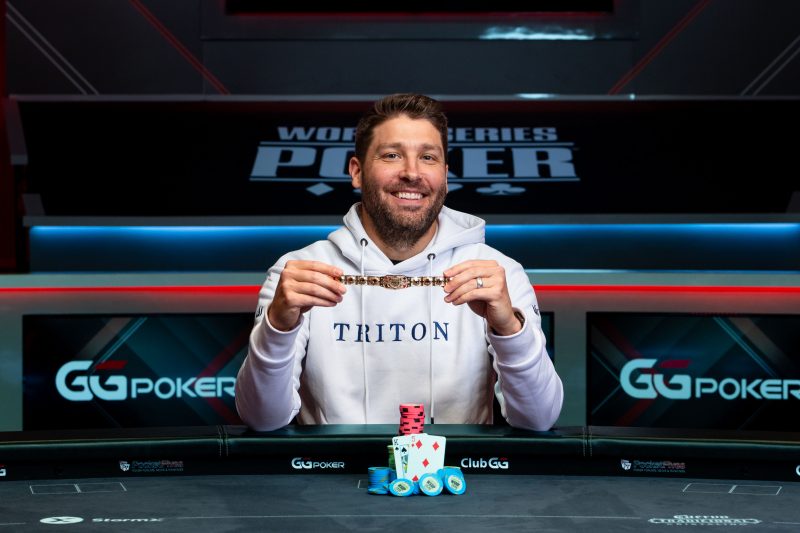 For the fourth time in his career, Ausmus wiped out the entire field to claim the skinny box with a bracelet inside. A musician and father who plays professionally out of Las Vegas, Ausmus is just shy of the $6 million WSOP cash mark, and has more than $12 million in tournament cashes. 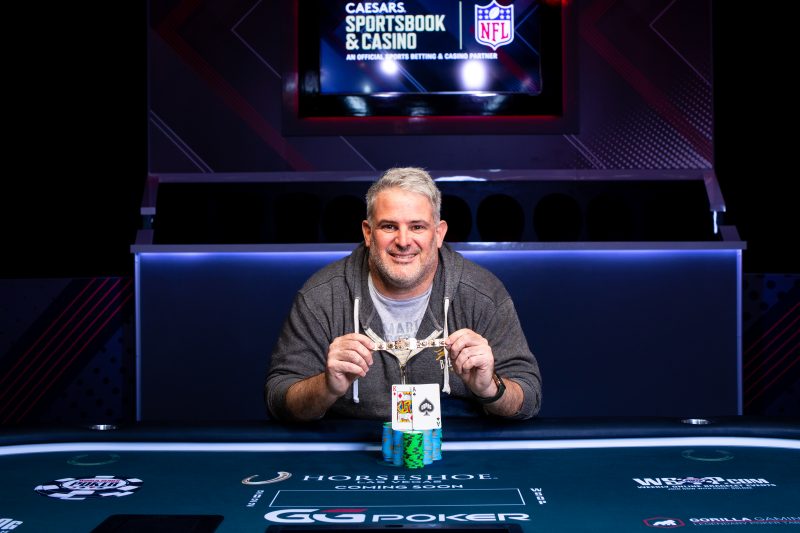 The Virginian made his fifth cash a good one by winning his first bracelet in the sort of weird, but lots of fun, Flip and Go tournament, where players have to survive a blind all-in right from the start just to have a chance. Players can enter as many times as they want: Scott Seiver tried 43 times and failed. Chatman’s best cash until this week was for $16K. 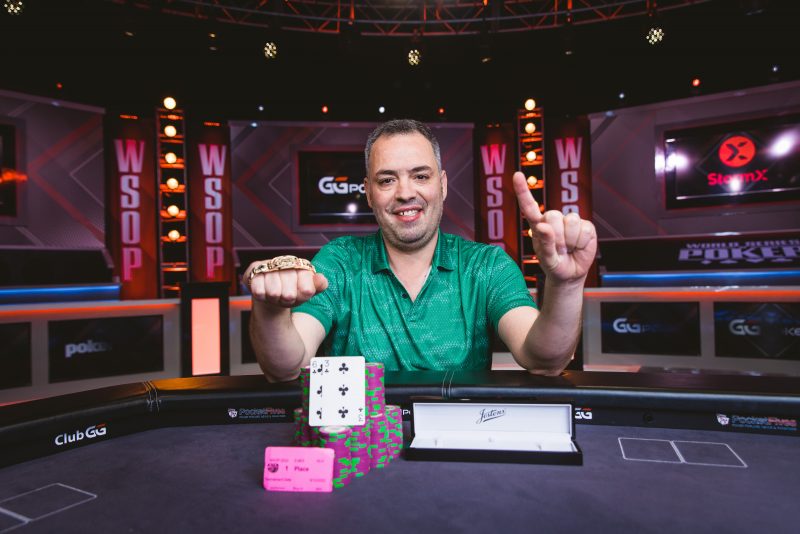 The businessman with the double last name won his first bracelet in the smaller buy-in event, which always attracts massive fields. Congrats to the man who’s been playing at the WSOP since 2012. It was his second final table. 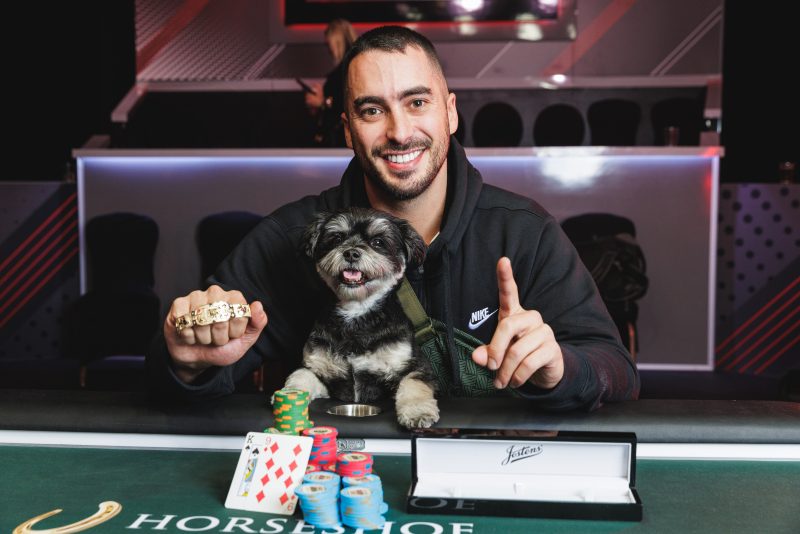 Another player who secured his first bracelet this week, Cohen took the gold with his biggest fan — his pet pooch Riley —  in the house. It’s kind of appropriate then that his final hand was K9. The cash puts him (Cohen, not the dog), over the $650K mark in WSOP cashes since 2012. 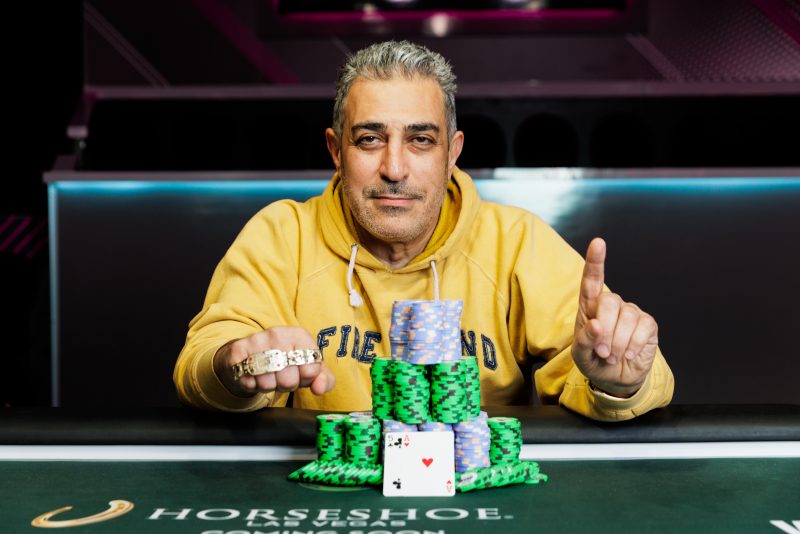 The third time was the charm for the man from Beverly Hills, who won his first bracelet. It was his best cash and puts his lifetime tournament winnings over the $700K mark. He’s been at it since at least 2004. 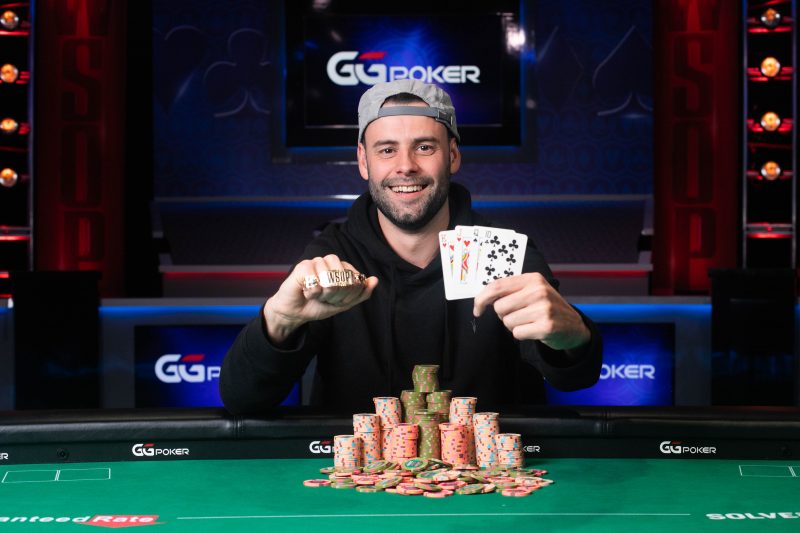 The Englishman had to beat a tough final table of Scott Seiver, Ben Lamb, Jason Mercier, Aaron Katz, and Dash Dudley in order to bring his second bracelet home to Swansea, England. He won a bracelet in a $3K PLO event last year. He now has more than $2 million in WSOP cashes. 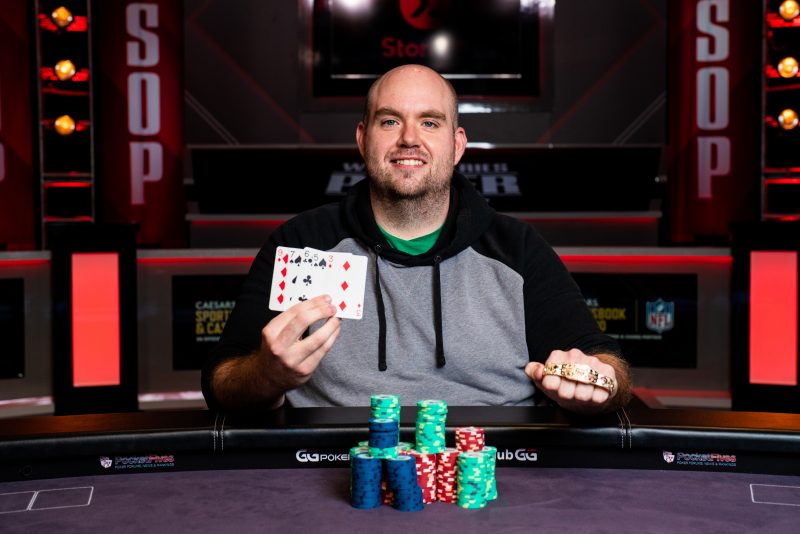 Coleman is another first-time bracelet winner who cut his teeth in Circuit events. A poker champ with two Circuit rings, Coleman’s 58th WSOP cash is one he’ll remember for a long time to come. He also made the final table at last year’s $25K PLO event, where he finished fourth for $381K. 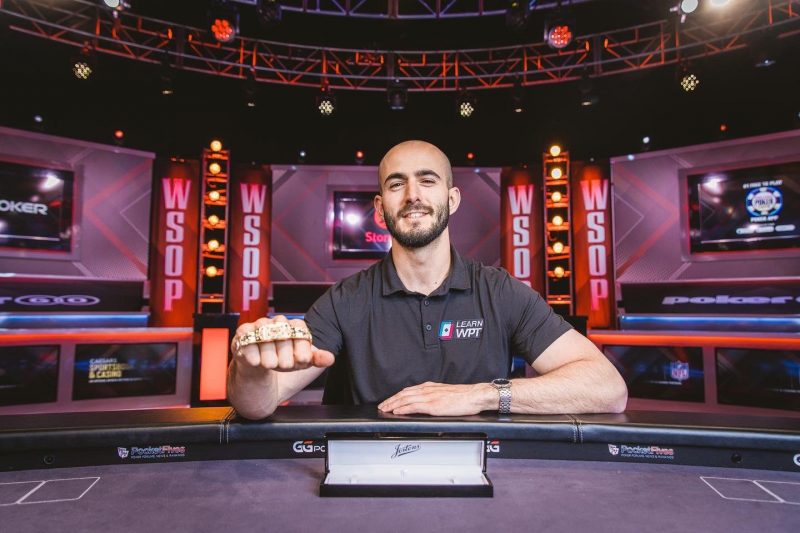 Following up his third WSOP Circuit event win in February, Altman took down his first bracelet in the WSOP.com online event for players in Nevada and New Jersey. He also finished third in an online bracelet event last year. While most of his WSOP cashes have come online, he also has solid live credentials, including three WPT titles. 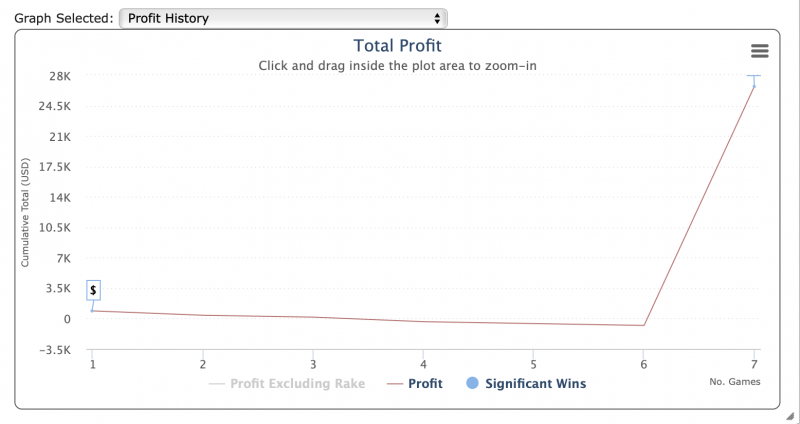 Playing as “Rooster_777,” Estes was king of the coop on Sunday, winning his first bracelet. According to SharkScope, it’s his seventh cash playing online at WSOP.com in Michigan. His result chart looks like a rocket blasting off. Got room for a passenger, Rooster? 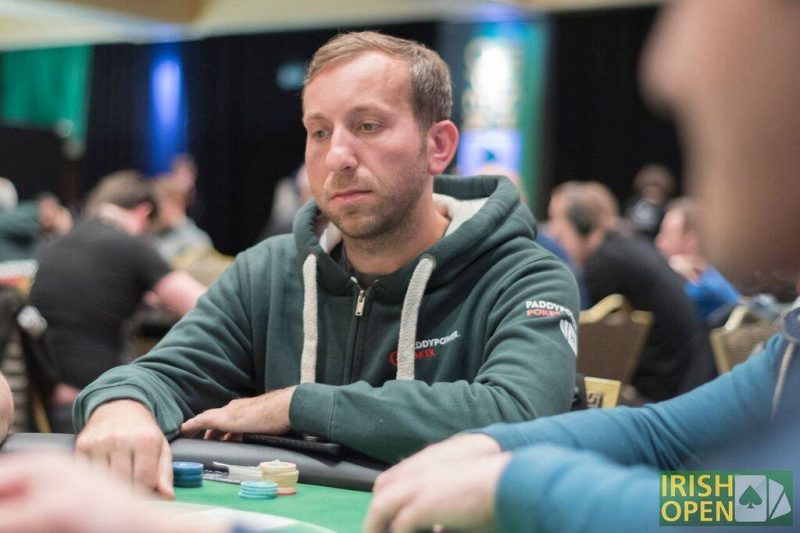 Perkins pushed his tournament winnings close to the $500K mark by winning his first bracelet online on Sunday. He’s a long-time grinder who has a bunch of live and online cashes to his name. Congrats to you, “mooooooooooo,” and to the rest of the first-time WSOP winners.