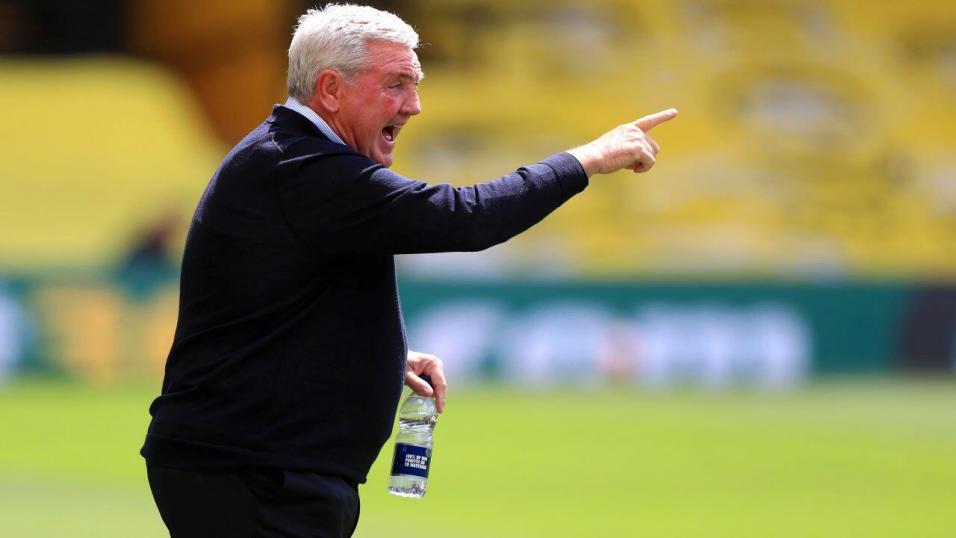 West Brom boss Steve Bruce insisted his side’s performance in a 2-1 defeat at Middlesbrough on Tuesday was ‘night and day’ compared to their display in a 2-0 defeat against Luton last weekend – but the Baggies chief bemoaned two key defensive mistakes that saw Albion slide to a fifth Championship defeat in six games.

WBA scored for the first time in five outings when Jayson Molumby netted just before the half hour mark at the Riverside – but they failed to withstand second half pressure as Boro struck twice in nine minutes. It means Bruce has just one point from his first four games as Albion boss – but he believes there were encouraging signs of improvement last time out.

Swansea already planning for next season

Swansea supremo Russell Martin has admitted that attention is already turning to the summer transfer window with the Swans boss expecting a significant turnover of players in a bid to ensure the Welsh outfit can be as competitive as possible in the 2022/23 campaign.

City were thrashed 4-0 at Sheffield United last week but remain comfortably above the drop-zone. Martin signed five players during the January transfer window while several others departed in a bid to develop ahead of next season; both results and performances have been inconsistent since as newcomers bed-in to the demands of the coaching regime.

Martin said: “We’ve changed a lot, I probably would have liked to have changed a bit more. We want to play a certain way and it requires a certain character and physical profile. We have what we have until the end of the season and then we’ll look to reshape things.”

Swansea will have Hannes Wolf back in the squad following a hamstring concern with last midweek’s postponed match against Bournemouth allowing the squad to rest and recuperate ahead of Monday night’s match-up.

West Brom suffered a 2-1 loss in the reverse meeting in South Wales back in October but the Baggies have tended to relish their home meetings with Swansea. Indeed, Albion are unbeaten in each of their most recent six league matches with the Swans at The Hawthorns (W4-D2-L0) since a 2-0 defeat here during the Premier League days back in September 2013.

Pre-season promotion favourites West Brom 1.794/5 started the campaign superbly but the Baggies season has unravelled since October. Albion have returned W6-D6-L11 since the start of October – only four second-tier clubs have collected fewer points in that sample – with the guests failing to even score in 11 of 16 since November’s international break.

Swansea 5.309/2 have also struggled to string together consistency during that same sample. The Swans boast a W4-D3-L8 return going back to the beginning of November, with the visitors arriving off the back of three straight road defeats by an aggregate 9-0. Russell Martin’s men have posted an unremarkable W3-D4-L9 on their travels this term.

West Brom’s games have averaged only 1.97 goals per-game – the second-lowest figure in the Championship with at least one team failing to score in 22/33 (67%) of their overall fixtures. Just three of Albion’s last 18 encounters have produced Over 2.5 Goals 2.001/1, whilst the Baggies have struck multiple goals in just three of their last 23 league dates.

Goals therefore could be at a premium considering Swansea have fired blanks in 11/31 (35%) matches under Russell Martin, including 7/16 (44%) on the road. The visitors have seen Both Teams To Score ‘No’ land in 9/16 (56%) when away from their South Wales base, whilst the away side have fired blanks in five of their most recent seven at all venues.