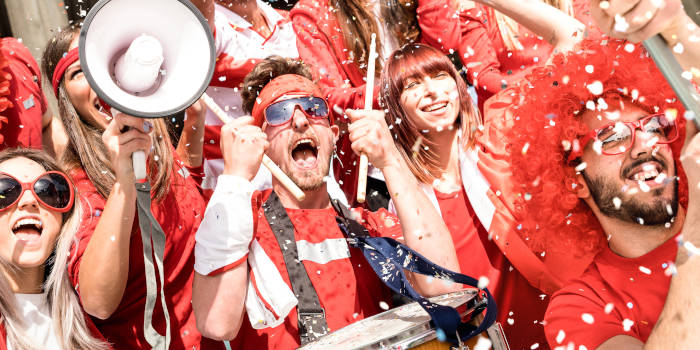 The new commercial partnership and integration with Fans United will allow users at Sportal365 access to content from the fan management platform directly from the CMS platform and create games for use in their posts by utilizing Fans United’s API-based technology.

Commenting on the integration with Sportal365, Dobromir Penchev, head of Product Development at Fans United, outlined the similarity in values between the CMS and the fan management system as both rely on “speed, accuracy, and desire to engage [with] audiences in a unique way,” adamant that Fans United “found a great partner” in Sportal365.

“The integration is seamless and will provide Sportal365’s clients with a new fantastic toolset to engage their users with gamified and personalized content,” Penchev added, highlighting that “users will be able to specify interests, play games and engage with the content on a much deeper level.”

As for the clients of both platforms, he is convinced that they would benefit from “incredible insight into their users’ behavior” and would be empowered with the tools to “personalize their content and unlock new monetization opportunities.”

An important milestone for both platforms, the integration will allow users to earn points, badges, and cash prizes based on a tier system, and will bring the gamification of the entire fan experience a step closer.

Founder and chief executive officer of Sportal Media Group, the parent of Sportal365, believes that the integration with Fans United would also help Sportal365 better understand its customers and what drives their preferences.

A provider of out-of-the-box prediction games such as Top 7, as well as match quizzes and single-event predictions, Fans United allows its users to build their own games and customize them based on a set of criteria such as teams, leagues, markets, time-frames, and others.

The agreement with Fans United is the latest following the partnership Sportal365 established with Stoke-on-Trent-based online sports betting and gaming operator bet365 last year as the CMS is looking to inject new impulse into its commercial development in 2023.

Under the deal with bet365 signed in March, Sportal365 agreed to deliver next-level sports content for the UK sports betting operator created by top providers including Spotlight Sports Group, and help it boost customer engagement across all bet365’s markets, including the UK, Ireland, Germany, Bulgaria, Austria, Spain, Romania, the Czech Republic, Greece, and Norway.