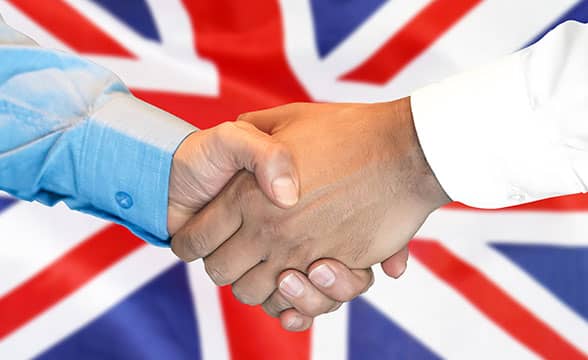 After announcing that it would launch its casino content in Romania via Superbet Ro, Hacksaw Gaming has shared the news that it will strengthen its foothold in the UK with the help of Playbook Engineering. The new agreement sealed between the two parties will have Playbook offer Hacksaw Gaming’s content to players in the regulated UK market. Right after officially sealing the new deal, Hacksaw Gaming confirmed its collaboration with the global betting platform has become official and that its games have already started to become accessible to players in the regulated UK market.

Hacksaw Gaming, Closer to Becoming More Visible in the UK

The Malta-based company that builds state-of-the-art slots, scratchcards, and other games with some of the largest prizes on the planet obtained its license from the UK Gambling Commission in 2019. The company was then allowed to provide its portfolio of 26 scratchcard games to licensed UK operators. Ever since, the Hacksaw team has been busy working hard to improve its presence in the UK. The company’s chief commercial officer Gabrielle Star called 2022 “a year where we’ve pushed further to expand our regulated market presence.” Star also described the fresh agreement as a new leap forward in seeing their strategy come into place.

Playbook Engineering’s head of casino Ceiron Jones expressed the company’s excitement about being able to welcome Hacksaw Gaming as their new partner.

Positive Results on the Horizon

Jones also acknowledged the impressive progress recorded by Hacksaw Gaming in the past few years, when the supplier managed to build a noteworthy reputation. Jones added Playbook Engineering was expecting a positive development emerging from the new deal, further expressing his optimism regarding the way players would appreciate the “addition of great games” released by Hacksaw Gaming.

Hacksaw Gaming’s CCO also expressed the company’s “urge” to generate new and engaging content for all operators, while keeping their most loyal customers and newcomers on the edge of their seats. Last October, Hacksaw Gaming expanded its foothold on the regulated Danish market with a number of brands, including Bet25.DK, Casinogo.DK and 25SYV. The company has also ensured its entry into over 10 regulated markets such as Greece, the UK, Sweden, and Latvia. Hacksaw Gaming has also created dozens of games over the years. Like with the rest of the regulated market it has entered, Hacksaw will have its portfolio of fully mobile-optimized games reach UK players and entertain them with top slots, scratchcard games, and fixed prize games.