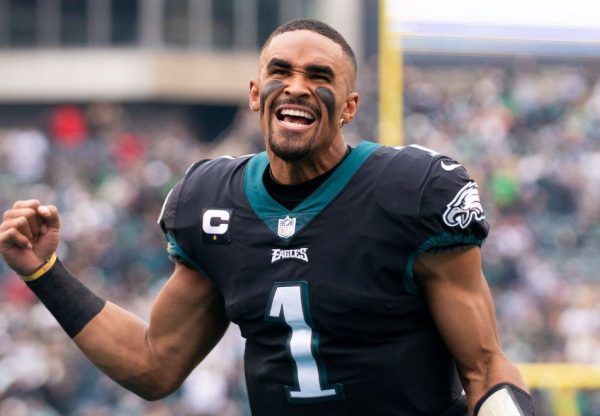 Is There An Upset Waiting to Happen in the NFL MVP Race?

With one week to play in the 2022-23 NFL season, Kansas City QB Patrick Mahomes is the runaway favorite to win the league’s MVP award. Mahomes is so far ahead it seems unlikely that anyone could catch him. Or could they?

Is there an upset waiting to happen in this year’s NFL MVP race?

At betus.com, Mahomes is a -700 favorite. It’s easy to see why. With one game to go, the Chiefs quarterback leads the NFL in passing yards with 5,048 and in passing touchdowns with 40. His Chiefs can clinch the AFC’s No. 1 seed in the postseason with a win over the Raiders on Sunday afternoon.

Kansas City is the top-scoring (29.1 ppg) offense in the NFL and the Chiefs have the best passing game (305.1 ypg) in the league as well. Mahomes has another 329 yards and four touchdowns on the ground and with a solid performance on Sunday will likely lock up his second league MVP award.

Not needing to play in each of the last two weeks, Philadelphia QB Jalen Hurts sat out as his Eagles lost two in a row. With the losses, the Eagles now need a win on Sunday to clinch the NFC East and the conference’s No. 1 seed in the postseason.

With that on the line, Eagles head coach Nick Sirianni will start Hurts against division rival New York on Sunday. In a weird twist the Giants will sit most of their starters. No matter what happens around the league on Sunday, the Giants will be the No. 6 seed in the NFC. That prompted Giants head coach Brian Daboll to go ahead and rest his players before the start of the postseason.

Hurts, who missed the two games, has 3,472 yards passing and 22 touchdowns. Where Hurts excels is in the running game where he totaled 747 yards and 13 more scores. He has only thrown five interceptions for the season and, if he had not missed the last two games he’s probably right there with Mahomes for the MVP.

Instead, he’s listed at +1600, but could a huge day on Sunday propel Hurts past Mahomes? It seems unlikely, but anything is possible.

With the tragedy of Monday night still looming, the Buffalo Bills will play the New England Patriots on Sunday. The Bills, of course, watched as the Damar Hamlin saga played out in Monday night’s game with Cincinnati. Hamlin, who suffered a cardiac event after a hit by Bengals WR Tee Higgins, is still in critical condition in University of Cincinnati Medical Center.

The Bills still have a shot at the No. 1 seed in the AFC. The NFL has yet to decide how to handle the Bills-Bengals game, which was suspended in the first quarter. Bills QB Josh Allen is listed at +1000 to win the NFL MVP.

He had a stretch of games that took him out of contention, but his numbers are MVP-worthy. Allen has thrown for 4,029 yards and 32 touchdowns. Like Hurts, Allen has also done some damage with his legs. The Bills quarterback has rushed for 746 yards and seven touchdowns.

With a huge game against New England, could Allen tug on the heart strings of voters? It certainly seems possible.

Cincinnati’s Joe Burrow is actually second on the betting board given +750 odds to win the award. The Bengals locked up the AFC North and will play in the postseason. Burrow passed for 4,260 yards and 34 touchdowns this season. His numbers might be skewed depending on what the NFL does with the game against Buffalo.

It doesn’t seem likely that Burrow could overtake Mahomes either. The only other possibility in the race is Minnesota WR Justin Jefferson. He leads the NFL with 1,771 receiving yards on a league-high 124 catches. Jefferson has eight touchdowns, but the only non-quarterback to win the NFL MVP in the last 15 years was a running back (Adrian Peterson, 2012).