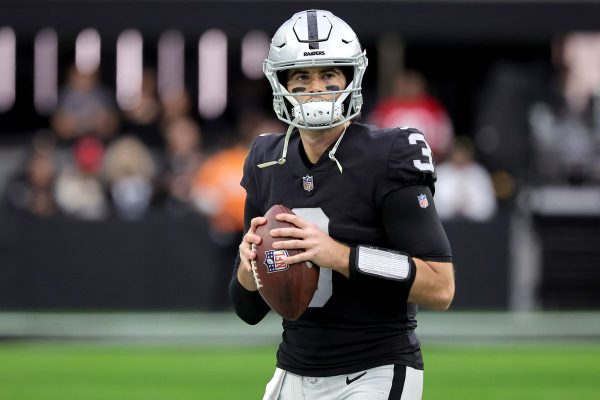 Do you remember when the Kansas City Chiefs and Las Vegas Raiders were just about the “bitterest” rivals in all of football? Now, the Chiefs sit at the top of the division with a 13-3 record, while the Raiders are a disappointing 6-10. More was expected out of the AFC West entering the season’s final week.

Kansas City has done its job, with a chance to be the top seed in the conference. As of this writing, the Chiefs are a half-game ahead of the Buffalo Bills, with the league yet to determine if/how/when the Bills-Cincinnati Bengals game of this past Monday shall be resumed.

Regardless, KC travels to Las Vegas Saturday afternoon, listed as a 10-point favorite (total at 52½), according to NFL odds.

Everything is going right with the Kansas City Chiefs as Week 18 is set to begin. Winning the AFC West (seventh consecutive time) and currently holding the No. 1 seed in the playoffs. As was mentioned, we don’t know the NFL’s contingency plan regarding Bills-Bengals, but the Chiefs are playing with confidence. They have won the last four games, nine of the last 10.

Kansas City has won the last five meetings against Oakland/Las Vegas, 10 of the last 11.

While on the subject of streaks, it was a 15th consecutive Chiefs’ win over the Denver Broncos last Sunday, 27-24.

The Chiefs are clearly one of the best moneyline bets in all of football. Though without value. However, against the spread (ATS), KC struggles to the tune of 4-11-1. The worst division spread record, and it’s not close. Note the Chiefs have covered one spread in their last eight.

Also note with the uncertainty round the top seeds in the AFC, and with Kansas City playing a day before its rivals, expect Patrick Mahomes and friends (league-leading 29.1 points per game) to play until the outcome is decided.

KC is currently second choice (+400) to win the title, as per Super Bowl odds.

What a weird season it has been in Las Vegas with the Raiders. Many of the “experts” had them as Super Bowl sleepers. Instead, no playoffs. Any number of one-score defeats, but things simply didn’t work. See a point differential of just -5 with a team four games under .500. A team with an offense including (now-deposed) Derek Carr, Josh Jacobs, Davante Adams and Darren Waller should not have this number of issues.

Along with the 6-10 moneyline, Vegas has been average (8-8) both ATS and over/under.

Kansas City looks to claim the top seed in AFC, while the Raiders look to spoil that party. The Chiefs have been very bad at covering the spread, so it’s a win, but not by much.

Take the Raiders +10. Vegas isn’t going to win (they never beat the Chiefs), but this double- figure ‘dog number seems a bit much. Ride with Jarrett Stidham in the season’s final week.