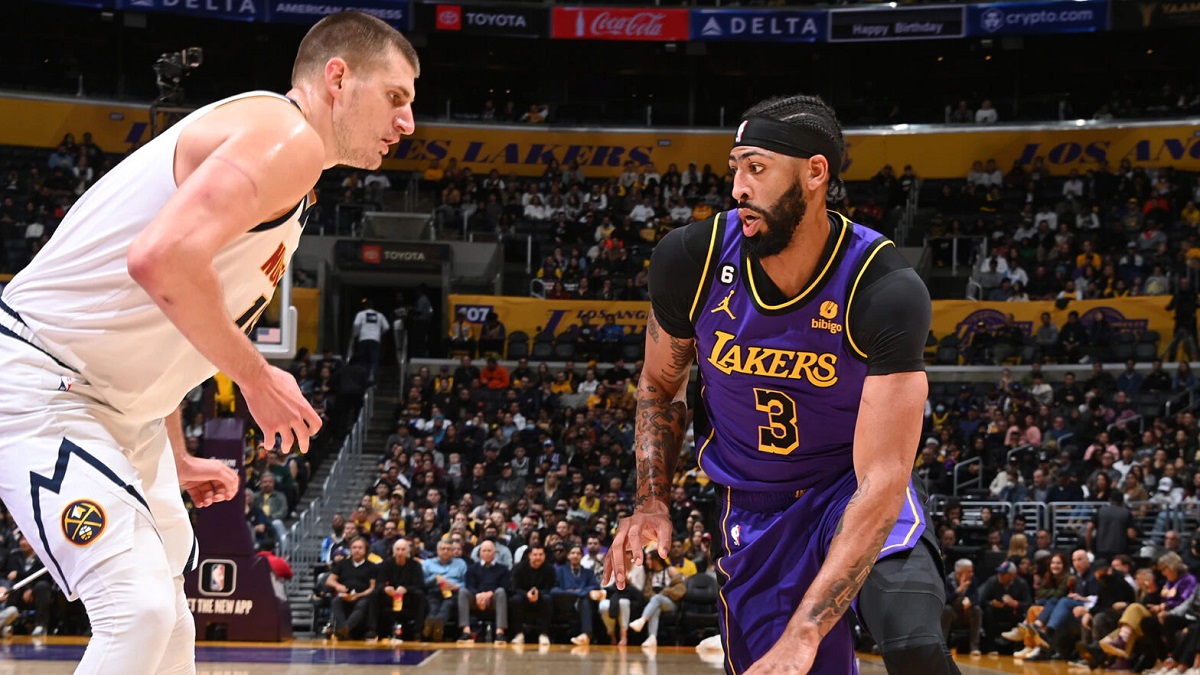 The Los Angeles Lakers will not have big man and leading scorer Anthony Davis in the starting lineup for multiple weeks while he recovers from a foot injury.

On Friday evening, Davis collided with Nikola Jokic from the Denver Nuggets in the first half. He was ruled out at halftime and never returned to the game. The Lakers held on to win 126-108 without Davis in the second half.

Davis underwent an MRI over the weekend, which revealed a sprained right foot. The Lakers indicated he would miss several weeks of action, but did not provide a specific timetable. Backup center Thomas Bryant will replace Davis in the starting lineup.

The Pacific Division is currently a three-way race among the Phoenix Suns, Los Angeles Clippers, and the upstart Sacramento Kings. The Lakers occupy last place, and they’re a long shot to win the division at +4500 odds.

AD: Best Season as a Laker

Before his injury, Davis shot a career-best 59.3% from the field, and came very close to a career-high at the free-throw line at 82.6%.

Davis had an offensive renaissance playing under first-head head coach Darvin Ham. Davis became the focal point of the offense, with LeBron James as the secondary option for the first time in his Hall of Fame career.

When Davis is healthy, he’s one of the premier big men in the NBA. A couple of weeks ago, he torched the Washington Wizards for a season-high 55 points.

However, an injury-prone Davis has been a liability for the Lakers the last few seasons. With a healthy Davis, the Lakers won a championship in his first season with the team after they acquired him in a blockbuster trade with the New Orleans Pelicans. The Lakers ran the table in the NBA bubble during the pandemic-shorted season of 2019-220 to win a title. He appeared in 62 games that season, but missed more than 50% of games in the next two seasons.

Davis appeared in just 36 games during the 72-game season in 2020-21. The Lakers were knocked out of the first round of the playoffs and failed to defend their title when Davis went down with an injury.

Davis Injury Could Kill Any Trades by the Lakers

With Davis out, expect the Lakers to take a passive approach leading up to the NBA trade deadline in February.  The Lakers were desperate to improve their outside shooting, which is why they considered a trade with the New York Knicks for Evan Fournier and Cam Reddish. The Lakers were also involved in multiple trade rumors involving point guard Russell Westbrook. But they do not want to include any draft picks to get rid of him.

The Lakers were already treading water on the Western Conference Playoff Bubble before Davis went down with an injury. After a horrendous 2-12 start, the Lakers were 10-4 over their previous 14 games. They were hoping to make a run after the holidays to improve their chances of a postseason spot. Without Davis the next several weeks, the Lakers will be hard-pressed to move up in the standings.

The Lakers have a 12% chance to advance to the postseason, and less than a 1% chance to win the championship, according to a projection by FiveThirtyEight. Their numbers predict the Lakers will finish the season with a 36-46 record.

The Lakers play seven out of their next nine games on the road, including a game on Christmas against the Dallas Mavericks.