The city of Las Vegas approved Wednesday an agreement with the operators of the Strat to build a $200,000 pedestrian viewing deck along a Las Vegas Boulevard sidewalk, which will allow visitors to view or be photographed with the mammoth Gateway Arches in the north Strip as their backdrop.

The deal requires the purchase of land from the Star’s parent company to build the deck, which is expected to open shortly before New Year’s Eve, said city spokesman Jace Radke. City crews, who will be able to surveil the deck in real time over video, will help clean and maintain it like they do other public property, added Radke, as reported by Las Vegas Review-Journal.

A rendering of the project unveiled by the city on Wednesday shows a gated, elevated walkway platform along a Las Vegas Boulevard sidewalk. The viewing deck will allow tourists to get a good perspective of the Gateway Arches in Las Vegas.

The $6.5 million, 80-foot-tall dual arches designed by Selbert Perkins Design and constructed in 2020 by YESCO host a City of Las Vegas logo hanging from their center, illuminated by thousands of programmable LED lights.

The landscape of Vegas is constantly changing. So much so, that back in June, Elon Musk’s Boring Company’s Vegas Loop earned permission to extend from the Resort Corridor into downtown Las Vegas. The Las Vegas City Council unanimously approved the monorail agreement for the project. In total, the Vegas Loop will be a 34-mile tunnel network with about 55 stations. 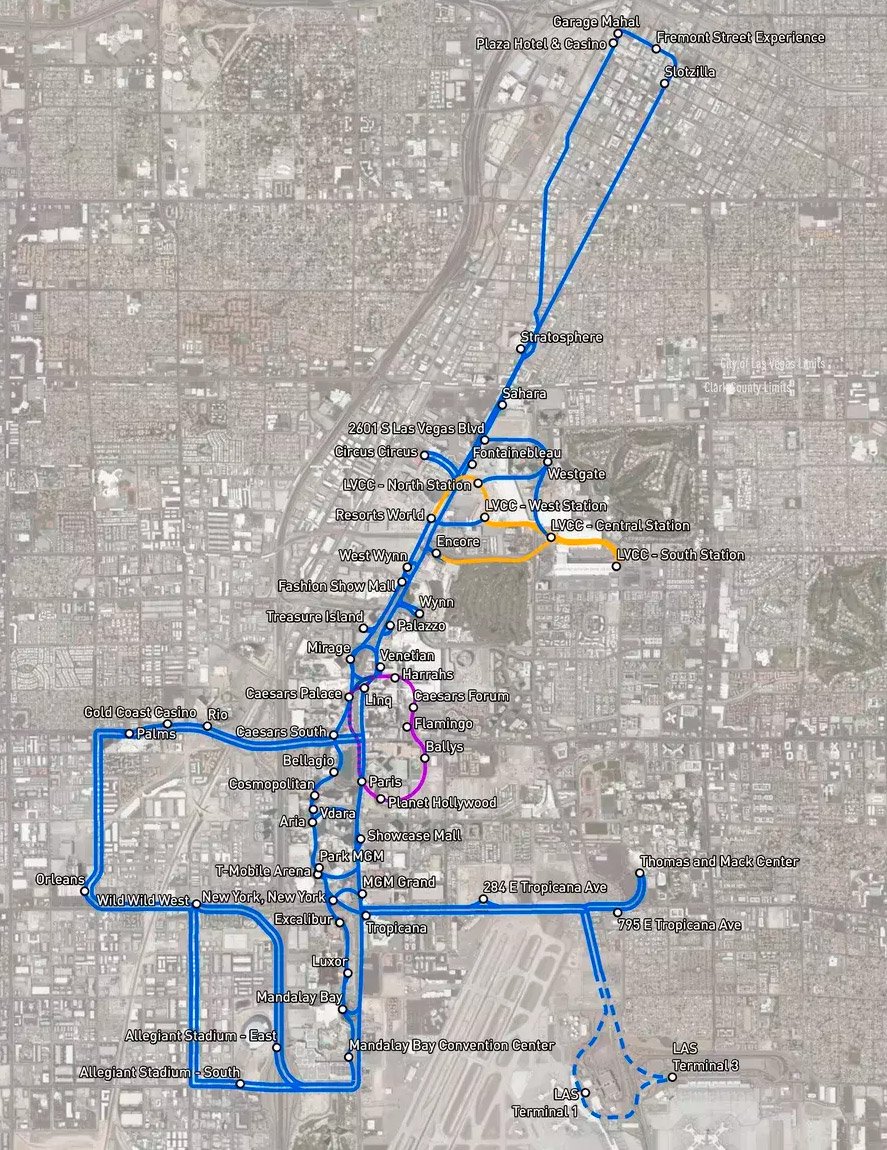 The decision paves way for the underground transportation system featuring a fleet of Teslas to include five initial downtown stops. The agreement with Elon Musk’s company is good for 50 years, and will tie into the system that is planned for Clark County’s jurisdiction, which includes several Strip properties.

Among the 50+ stations in the network will be one at Harry Reid International Airport and one at Allegiant Stadium. Around five miles of tunnels, and at least five stations, will be included in the downtown.