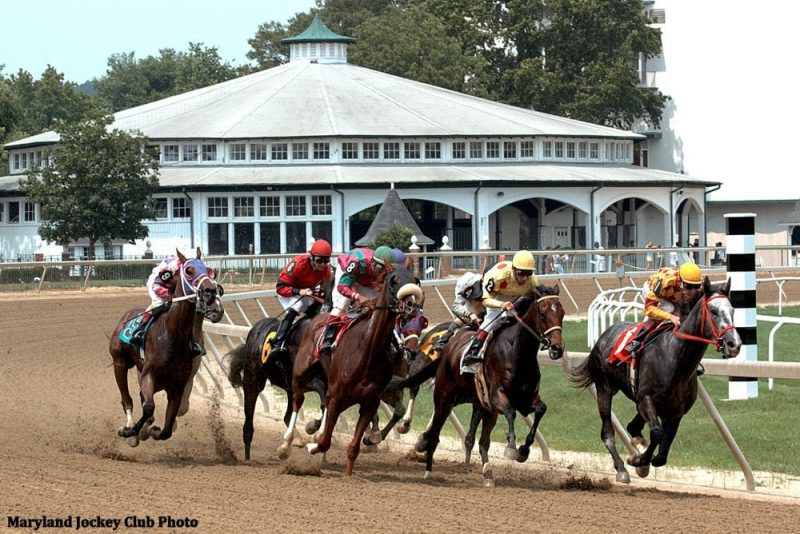 Letter To The Editor: Laurel Park Not Economically Feasible As Home Of The Preakness – Horse Racing News

The following is in response to a Letter to the Editor from Martin Chamberlin of Bluemont, Va., advocating for Laurel Park to become the permanent home of the Preakness.

Laurel Park is not a suitable home for the Preakness Stakes. Mr. Chamberlain mentions MD bill 897, which did require project progress reports from the Maryland Stadium Authority (MSA), but he fails to state that bill also required the Maryland Economical Development Corporation (MEDCO) do a feasibility study on Laurel Park with an eye toward possible purchase of Laurel by the state of Maryland. The reason the legislature wanted the MEDCO feasibility study on Laurel Park is that The Stronach Group does not want to pay $40 million in federal capital gains tax on state funds for construction at Laurel. The only way to avoid that tax liability is for the state to own the property.

That MEDCO feasibility study found that the foundation of the Laurel grandstand has significant problems. Also that the grandstand roof, HVAC, plumbing, and electrical system are in “poor” or “bad” condition and require significant repair or replacement. The stable area, including dormitories where stable workers live, were recommended for demolition by consultants.

Actually, the only structure on the Laurel property MEDCO says can and should be saved is the historic saddling paddock that Mr. Chamberlin wants to tear down and replace with a new paddock and walking ring with tiered viewing stands. MEDCO suggests the current paddock should be placed on the National Register of Historic Places “for its representation of a distinctive architectural typology.”

The MEDCO study may be found here.

Mr. Chamberlin also incorrectly states that MD bill 897 “permits a grand vision for a new Preakness home at Pimlico Race Course, authorizing the issuing of bonds, but contingent on agreements between the Maryland Jockey Club, LifeBridge Health, the City of Baltimore and the stadium authority.” The Racing and Community Development Act, which became law in 2020, already did all those things.

All agreements between the MJC, LifeBridge, and the MSA are already in place, including the agreement for The Stronach Group to lease back Pimlico – nothing contentious despite what Mr. Chamberlin incorrectly assumes. The Racing and Community Development Act authorizes $375 million in funding from a combination of casino and lottery funds as well as state backed construction bonds. $155 million of those funds were dedicated to construction at Laurel, with the remaining $220 million dedicated to Pimlico to cover not just the racing portion but also community use portions as well.

But whether The Stronach Group maintains ownership of Laurel Park, or sells it to the state, the costs of turning Laurel into a home for the Preakness are exorbitantly prohibitive – well beyond the original $155 million provided in the Racing and Community Development Act.

Laurel Park’s grandstand was built in 1911, before wetlands laws, on Patuxent River Basin swampland. Parts of the Laurel Park property are now protected wetlands, including the Laurel Park infield, therefore unavailable for use. About every 20 years the racing oval must be reconstructed because the swamp keeps trying to reclaim it. The most recent track reconstruction was done just last year, and before that in 2004. The Paulick Report published several articles about it last year, including the information on how many horses died before management decided to rebuild instead of haphazard patching. How is a racing oval that sinks into a swamp requiring major reconstruction, costing tens of millions of dollars, every 20 years or so economically feasible?

Another economic reality Mr. Chamberlin does not seem to be aware of is that Baltimore is an independent city with its own government, tax base, etc. Baltimore can not afford to lose the more than $50 million in economic impact from the Preakness. The City of Baltimore has fought long and hard to keep the Preakness in Baltimore.

Investments both public and private have already been made in the revitalization of the Park Heights neighborhood, and that neighborhood revitalization project is still ongoing. Mr. Chamberlin simply has not done his homework. Perhaps he should consider reading the Baltimore Sun in addition to The Paulick Report if he intends to involve himself in Baltimore and Maryland politics.

It should also be noted that the City of Laurel does not have the amenities required to host a Preakness attendance but Baltimore, a major city instead of a small suburb, does.

If you’d like to submit a letter to the editor, please send it to info @ paulickreport.com along with your name, home state, and relationship to horse racing (owner, fan, horseplayer, etc). Letters are subject to editing for accuracy or clarity.