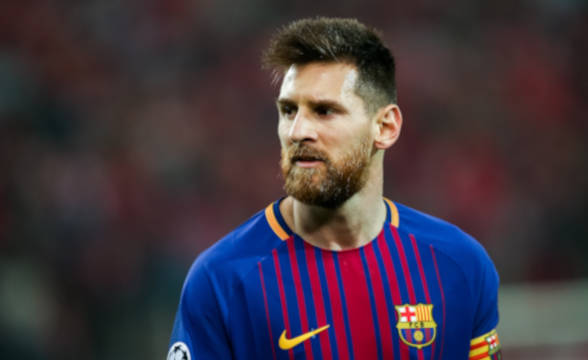 A survey conducted by UK-based online sports betting operator bet365 found PSG and Argentina star Lionel Messi is the most feared player in the upcoming FIFA 2022 World Cup in Qatar.

Seeking to find out who is the World Cup player opposition fans fear the most, the bet365 Fan Nation Survey has asked thousands of supporters from around the world and 48.34% of the survey participants pointed to Messi.

The 2022 World Cup seems to be the last chance for the PSG and Argentina superstar to win the competition and add the World Cup trophy to his extensive trophy cabinet in which the latest addition was the Copa America he won with his national team last year.

Unless planning to play in the 2026 World Cup when he will be 39 years old, Messi should be aware that Qatar is his last chance and this fact was probably factored in by those who fear most when Messi plays against their nationals.

Fans ranked second Cristiano Ronaldo with 43.72%, convinced that the Portugal star is still capable of punishing opposition teams despite his recent struggles with Manchester United where he is not among the first eleven to start a match.

Ronaldo should not be underestimated as he is the record holder for the most international goals, having scored 117 goals in 191 appearances with Portugal, a record that currently no other player is anywhere near.

The top three completed PSG and Brazil star Neymar who was pointed as the most feared player by 40.67% of the survey participants. Neymar is his country’s leading goal scorer with 75 goals in 121 international caps and would be certainly eager to add to his tally.

France Has What It Takes to Defend Title

Two players from France, Kylian Mbappe and Karim Benzema, completed the top five, gathering 39.52% and 31.46% of the vote, respectively.

Mbappe, who became the youngest French player to score in a World Cup when he scored against Peru in FIFA 2018 World Cup, and less than ten days later, the second teenager after Pele to score two goals in a World Cup match when he scored twice and won a penalty against Argentina, would certainly be looking to show his talent again.

Real Madrid and France striker Benzema has had an exceptional season so far having won the Ballon d’Or and will be more than motivated to prove his worth with his national team too, especially after missing out on the squad which won the World Cup in 2018.