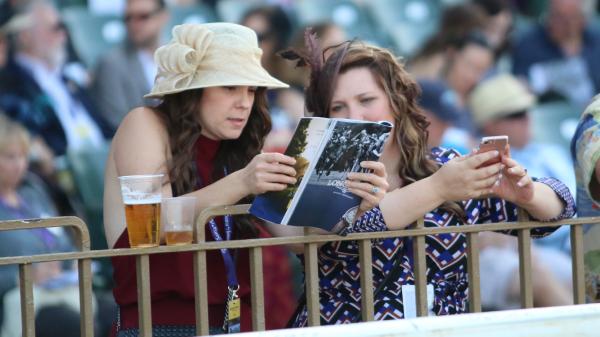 Making Money Betting the Favorite in the San Felipe Stakes

One of the most important Road to the Kentucky Derby Presented by Woodford Reserve prep races contested each year is the $400,000, Grade 2 San Felipe Stakes, held over 1 1/16 miles at Santa Anita Park. This year’s renewal is set for Saturday, March 5, with a post time of 5:30 p.m. ET. It’s part of a huge and coordinated betting slate at two Stronach Group-owned tracks, Santa Anita and Gulfstream Park; learn more about wagering opportunities here.

True, the San Felipe isn’t a Grade 1 qualifier like the Runhappy Santa Anita Derby, Curlin Florida Derby, or Arkansas Derby. And the number of Kentucky Derby qualification points the San Felipe disperses (50-20-10-5 to the top four finishers) is only half of the 100-40-20-10 points distributed by major prep races in late March and April.

The most successful trainer in the history of the San Felipe is Bob Baffert, whose eight victories since 1999 include four of the last six renewals. His quest for a ninth San Felipe title involves two horses: #3 Armagnac and #5 Doppelganger.

Armagnac and Doppelganger bring contrasting running styles to the San Felipe. Armagnac is a speed horse, as he demonstrated when posting a gate-to-wire maiden victory racing 1 1/16 miles at Santa Anita. Hall of Fame jockey John Velazquez (an impressive 57% winner teaming up with Baffert over the last two months) will guide Armagnac in the San Felipe, and another forwardly placed trip should be in the offing.

Meanwhile, Doppelganger prefers rallying from behind. He was much the best in his debut sprinting at Santa Anita, charging from the back half of the field to dominate by 3 ½ lengths. He again employed rallying tactics when finishing fourth in Santa Anita’s Grade 2 San Vicente Stakes, beaten only half a length for second place. It’s encouraging to see Santa Anita’s leading jockey Flavien Prat retain the mount.

But while Armagnac and Doppelganger are logical San Felipe contenders, neither one is expected to start as the betting favorite. That honor will surely fall on #6 Forbidden Kingdom, a Richard Mandella trainee who looks like a star in the making.

Forbidden Kingdom put his speed to impressive use in the San Vicente. Sprinting seven-eighths of a mile, Forbidden Kingdom led all the way to beat a strong field (including Doppelganger and next-out Saudi Derby winner Pinehurst) by 2 1/4 lengths. Even though Forbidden Kingdom ran fast early, he was pulling away down the homestretch, a testament to his abundant talent.

Stretching out over 1 1/16 miles is an obvious question mark for a horse with as much sprinting speed as Forbidden Kingdom. There’s certainly a lot of speed in Forbidden Kingdom’s pedigree, so racing analysts won’t be surprised if Forbidden Kingdom ultimately runs best over distances shorter than one mile.

But the San Felipe seems like the perfect opportunity for Forbidden Kingdom to stretch out over a longer trip. Armagnac looks like his only potential pace rival, but Armagnac hasn’t been running nearly as fast early on, so Forbidden Kingdom should be able to secure an uncontested lead in the San Felipe. If Forbidden Kingdom gets brave up front in his first start in a two-turn race, he might just forget to stop and leave his rivals struggling to catch up down the homestretch.

If such a scenario unfolds, then Doppelganger – rallying from behind – figures to be a key contender for second or third place. We must also respect the chances of #7 Cabo Spirit, stretch-running winner of the Eddie Logan Stakes racing one mile over the Santa Anita turf course. Cabo Spirit handled the Santa Anita main track just fine in the Grade 3 Robert B. Lewis Stakes on the Road to the Kentucky Derby last month, finishing second behind runaway winner Messier, and another top-three finish could be on the horizon.

Depending on how much budget you’ve allocated for betting the San Felipe, we have two wagering strategies to consider. Both involve keying Forbidden Kingdom on top of exotic wagers like the exacta and trifecta, in hopes of generating solid betting payoffs from this small and seemingly straightforward field.