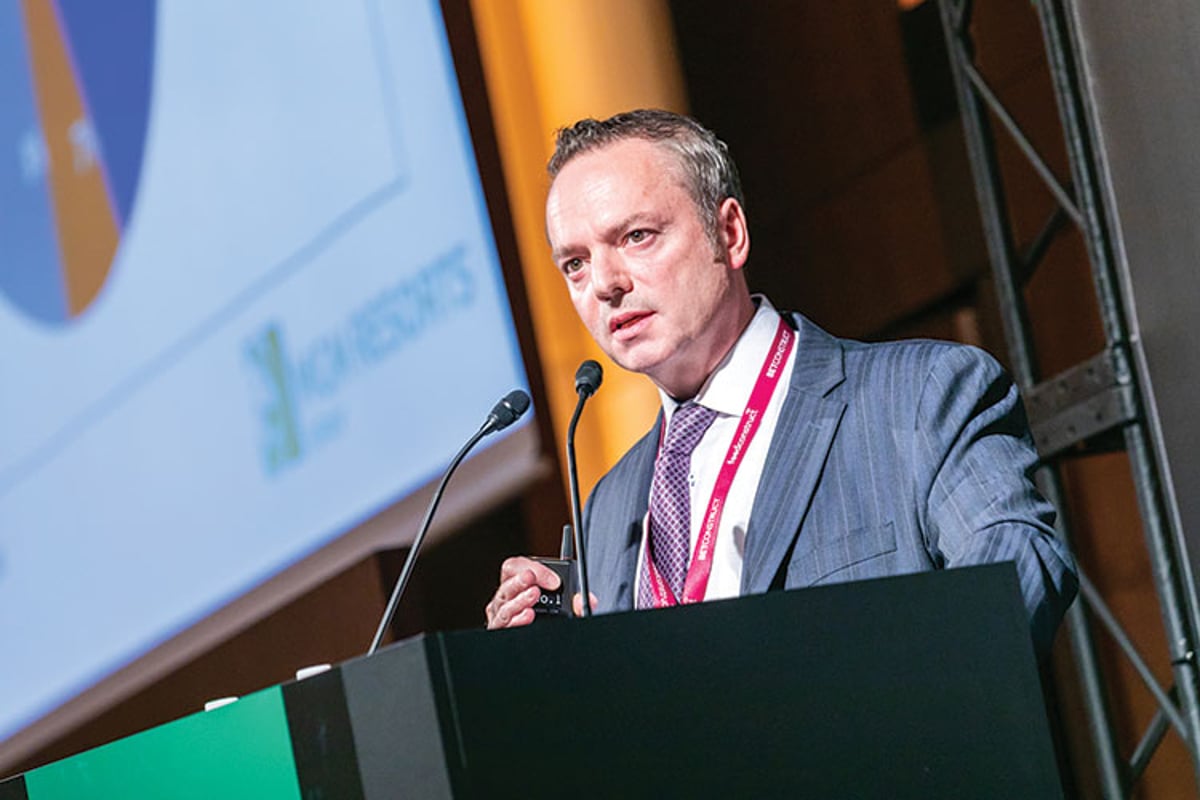 MGM Resorts Japan CEO Ed Bowers discussed his employer’s big bet on Osaka this week during his keynote at the Global Gaming Expo (G2E) Asia in Singapore. His message was clear: Japan’s forthcoming casino market will soon be a major player in the global gaming industry, rivaling that of Las Vegas, Macau, and Singapore.

MGM Resorts is one of only two casino operators bidding Japan’s central government for a gaming concession, the other being Casinos Austria. The Las Vegas-based casino giant, which in addition to its domestic casinos operates two integrated resorts in China’s Macau, hopes to build an integrated resort casino in Osaka.

Though its Osaka project is still being developed, it’s expected to come with a price tag in the neighborhood of $7.5 billion to $9 billion. The massive bet will eventually pay MGM shareholders a return, Bowers trusts.

We believe Japan will be a great gaming market,” Bowers said. “It has close to 130 million people and very large clusters in a handful of metropolitan areas.”

The Kansai area where Osaka is located, Bowers continued, is home to about 25 million people. The MGM executive added that Japan’s well-developed infrastructure, paired with the nation’s fast-growing base of foreign tourists prior to COVID-19, rendered the opportunity too good to pass.

When Japan first legalized commercial gambling in 2018, the country had the attention of most of the world’s largest gaming operators. But Japan’s lengthy rulemaking process, and then the pandemic, muted much of that gusto.

Las Vegas Sands, once the front-runner for one of the three casino licenses the 2018 law authorized, announced in May 2020 its withdrawal from consideration. Other companies followed, notably Wynn Resorts and Caesars Entertainment, which prompted other cities and prefectures to fold.

Osaka and Nagasaki ended up being the only two bidding prefectures. While Japan’s forthcoming gaming industry has endured ebbs and flows, MGM’s commitment to Japan and Osaka has been steadfast.

“For others, there were too many critical uncertainties,” Bowers said of MGM rivals dropping out.

Bowers explained that MGM’s unwavering commitment to Japan, the company having offices in Tokyo and Osaka for almost a decade now, has allowed its leadership to better understand Japanese lawmaking and the country’s culture. Bowers believes MGM’s IR project in Osaka will one day be a major win for the company, Japan, and Osaka.

Our project will be infused with both Japanese sensibility and MGM entertainment and hospitality,” Bowers stated. “Not only do we have the firm belief that we and our partner Orix Corporation can create a project that will be commercially sustainable, delivering very strong returns, but we are convinced that our Osaka IR will ultimately be a political success.”

Bowers hopes to begin construction on MGM Osaka in mid-2023, and open the property by 2030.

Money Where Mouth Is

Defining the success of MGM Osaka might be up for debate. But Bowers floated some lofty tax benefits during his G2E Asia address. The MGM Resorts Japan chief executive, who is additionally president of global development for MGM Resorts International, says Osaka should plan to receive JPY106 billion (US$773 million) a year in tax revenue once the IR is fully operational.

MGM has not yet detailed the casino space. But Japan’s gaming law limits the casino to 3% of the resort’s total interior square footage.