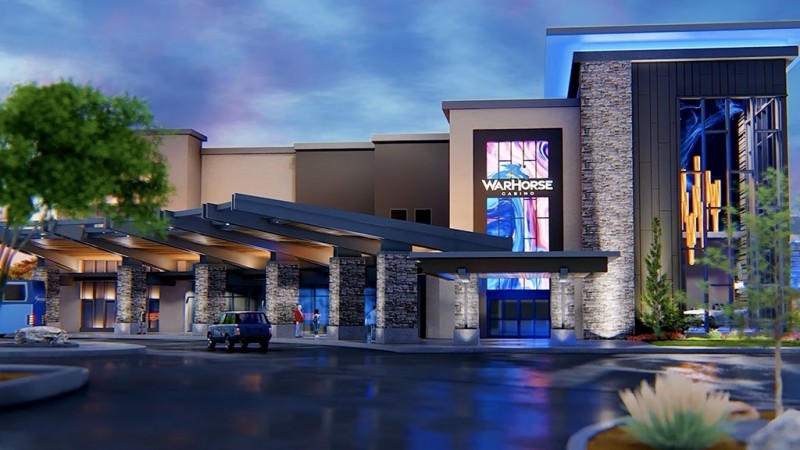 Officials of the Nebraska Horsemen’s Benevolent and Protective Association (HBPA), which are partnering with Ho-Chunk, Inc. -the economic development arm of the Winnebago Tribe of Nebraska– for the development of casinos in the state, said they are hoping to break ground on an Omaha casino by late spring.

“It’s going to be a massive undertaking, there will be a hotel in Lincoln, the facility in Omaha will look much different than it looks now but I think Nebraskans will be very, very thrilled with the end result, and we can’t wait for them to open,” Lynne McNally with Nebraska Horsemen’s told WOWT.

To be developed by WarHorse Gaming, LLC, a division of Ho-Chunk Inc, WarHorse Casino Omaha will see the introduction of casino gaming at the existing Horsemen’s Park racing track in the city. The company is set to invest about $200 million to that end.

McNally explains that, ten months after construction begins, a transitional facility will be open with gaming machines for usage until the entire WarHorse facility is completed, a process set to take about two years from the day of the groundbreaking.

Once complete and fully operational, WarHorse Casino Omaha would include 1,200 gaming machines, live and simulcast horse racing, gaming tables and live entertainment, plus bars, a food hall and a coffee shop, according to plans previously made public. But it’s not the only project Ho-Chunk Inc and Nebraska Horsemen’s are teaming up for.

A second facility to be located in Lincoln, WarHorse Casino Lincoln, is set to move “at a faster pace” according to McNally due to the existing facility being newer, further reports WOWT. A transitional facility will also open there, about four or five months after ground-breaking.

“I know that it’s taking longer than any of us would want, but, it’s a function of time more than anything slowing down the process or anything like that,” McNally adds. “So I think Nebraskans just need to be patient and I think they’re going to be thrilled with the end result, I think it’s going to be wonderful.”

In addition to offering Vegas-style gaming, Nebraska’s upcoming casinos will also benefit from offering their guests retail sports betting. A bill legalizing the profitable market was signed into law last year by Gov. Pete Ricketts, which allows sports betting only at brick-and-mortar venues while leaving out online wagering.

While a sports betting market launch was expected for early 2022, a delay seems to have pushed back the date several months away. Still, the Nevada Horsemen’s Association looks forward to adding sports gaming to the WarHorse casinos offerings once rules are in place, so that when football season starts again in the fall, the product is already up and running.

However, before Nebraskans can begin playing at casinos in the state, racetracks must first secure their new gaming licenses following the approval of new rules and regulations, which were written and greenlighted by regulators in December.

They are currently in the Attorney General’s office for consideration, after which they would head to the Governor’s desk for his approval. Once the process concludes, a second one begins: the Gaming Commission will set its attention to the gaming applications, both from existing and new racetracks across the state, including the two WarHorse casinos.