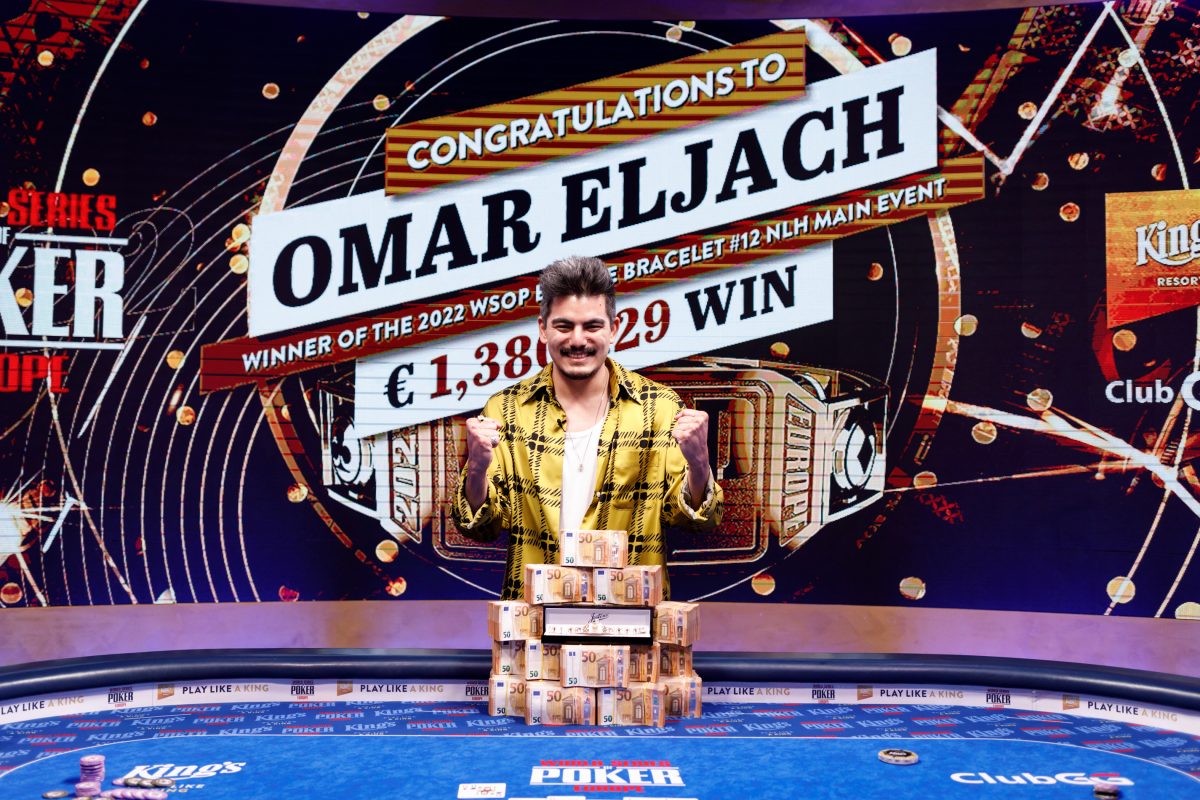 A week after Omar Eljach came one place short from winning his first World Series of Poker bracelet, he sealed the deal and became the champion of a historic Main Event in Europe that ended Wednesday.

Eljach earned €1.38 million ($1.4 million) for being the last player standing from the record-breaking field of 763. Those players built a prize pool of more than €18 million with 10,225 entries, both high-water marks in WSOP Europe’s 13-year history.

The win caps a very good four months for the Swede. While Eljach had some minor success in tournaments since 2015, he broke through with his first six-figure cash in August by taking down the €1,650 PLO event at EPT Barcelona for €129K — his largest cash by a kilometer.

The heads-up battle with France’s Jonathan Pastore lasted more than four hours after American Shaun Deeb was eliminated in third by Eljach, who played the role of executioner well, taking out five of the final nine.

Deeb, by the way, was trying to put a cherry on top of his fantastic WSOP Europe. He cashed in seven tournaments, but his flight back to Vegas will most likely be filled with minor thoughts of regret. His third-place exit in the Main Event was the third of the Series as he failed to add a sixth bracelet to his collection.

But he can’t be too upset. He won more than €1.1 million during his trip to King’s Casino in Rozvadov, Czech Republic, the home of WSOP Europe.

Vladas Tamasauskas couldn’t turn his 28th WSOP cash into the big one. The Lithuanian pro fizzled out in fourth for €438,978, which doubled his largest cash.

Barny Boatman and his two WSOP bracelets finished seventh for €180,867 ($185,866). He’s a long-time professional and the oldest member of The Hendon Mob, a poker group made of UK players. This is his largest cash since 2015, when he finished third in a $1,500 WSOP event.

Finishing in eighth was France’s Alexandre Reard, a fantastic professional with nearly $4 million in lifetime tournament cashes. Reard has been grinding and cashing tournaments through 2022, but hasn’t been able to get his hands on any hardware. He came close in September with a third-place finish in the €3,000 event at the All Poker Open in Paris. 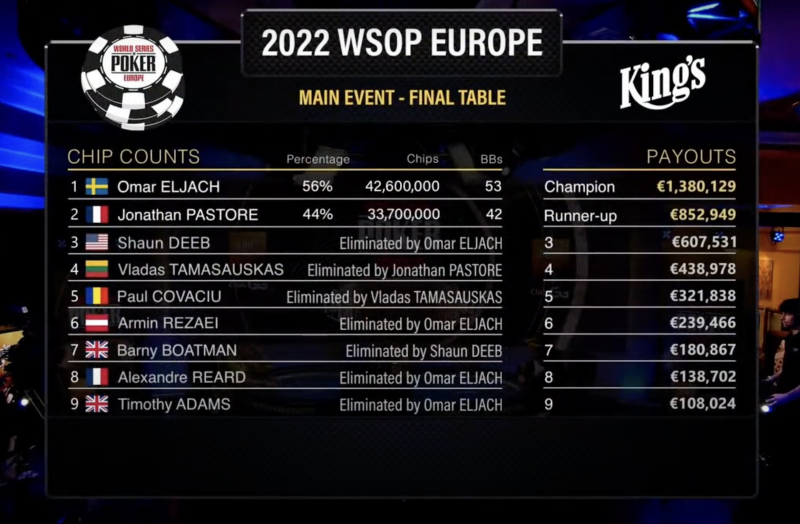