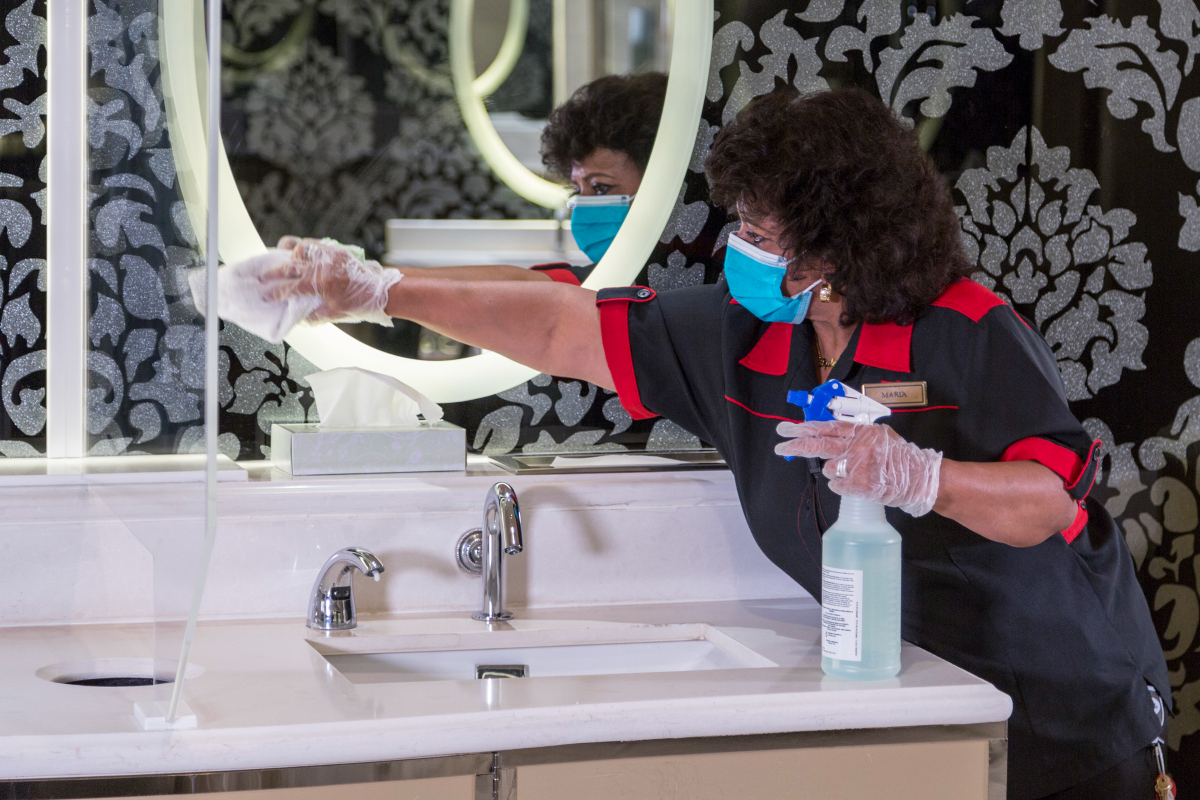 The Venetian, Palazzo Employees to Participate in Value Creation Program

Workers at The Venetian and Palazzo sister casino resorts on the Las Vegas Strip are being offered what’s believed to be the first-of-its-kind revenue-sharing arrangement with the property’s new operator.

A housekeeper tends to a guestroom bathroom at The Venetian during the height of the COVID-19 pandemic in 2020. The Venetian and Palazzo operators are rolling out a new program that could allow workers to share in the casinos’ profits. (Image: Las Vegas Sands)

New York-based Apollo Global Management, a private-equity giant with a long history doing business in the US gaming industry, recently completed its $2.25 billion acquisition of The Venetian and Palazzo operations. Apollo is trying to win over the thousands of former Las Vegas Sands employees who now work for the investment firm with potential riches in the event of another sale.

Apollo leadership informed the casinos’ combined workforce of roughly 7,000 employees that they each stand to profit in The Venetian and Palazzo’s success. But not in terms of annual profit sharing.

Instead, Apollo says should it decide to unload the Las Vegas Strip assets in the future, employees who stay with the casinos will be cut a share of the proceeds. For example, if Apollo someday sells the resorts’ operations for $4 billion, the roughly $1.75 billion profit will be partially divvied up among the staff.

The potential payouts, which Apollo says could exceed $10,000 per employee, are in addition to their salary, benefits, and annual bonuses.

Apollo will handle The Venetian and Palazzo’s operations, while VICI Properties, the real estate investment trust of Caesars Entertainment, now owns the physical assets of the resorts. VICI paid Sands $4 billion for the real estate. Apollo will lease the two resorts from VICI for $250 million a year.

If we’re coming in and telling people we’re so excited about this business and that we think there’s tons of room for growth, everyone should be able to think like owners,” Clark said. “[Employees] should be able to benefit from what we plan to do together.”

Clark likened the value creation concept to workers having stock ownership positions in the company they’re employed with.

David Schwartz, a UNLV professor and Nevada gaming industry historian, told the Las Vegas Sun that he believes the value creation arrangement is a first in the state’s long gaming history.

Las Vegas Sands managed to keep its two Strip casinos union-free. The gaming empire of the late Sheldon Adelson forged long-lasting relationships with its thousands of employees, many of who were devastated by Sands’ decision to sell the properties.

Apollo’s value creation program is presumably an effort to keep such workers.