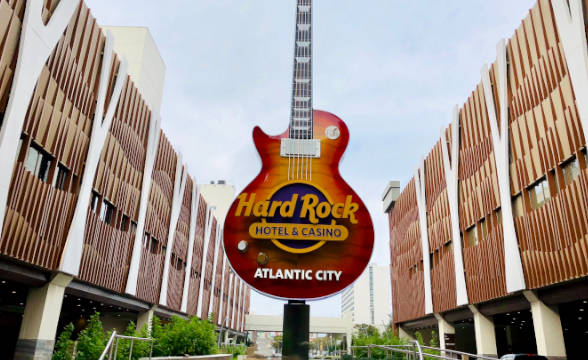 More calls to suspend smoking on gaming floors in Atlantic City, New Jersey are being heard. With political support for the movement growing, the United Auto Workers is also joining the calls for snuffing out cigarettes and cigars in casinos. This could happen if the Garden State amasses sufficient support to put the measure through the House and Senate.

The union feels that lawmakers now have the power and backing to close the loophole that exempts casinos to continue providing indoor smoking even though all other public places have no right to do so. United Auto Workers published their letter on Thursday and in it, they reiterate the demands of other parties that oppose smoking on casino floors.

United Auto Workers represents the interests of casino workers from multiple properties across the city, including Tropicana, Caesars, and Bally’s. As such, the union calls it unacceptable to tolerate second-hand smoke when the dangers of such practices have been so clearly established.

“No worker in the state of New Jersey should be forced to breathe cancer-causing chemicals every single day” the letter reads. This is just the latest salvo in the seemingly never-ending debate between lawmakers and worker representatives trying to suspend smoking.

While the issue seemed to not garner much traction before the pandemic, the shutdowns and prohibition of indoor smoking – albeit temporarily – for several months in 2020 and 2021 garnered quick empirical evidence that the measure is actually beneficial to people’s health.

The arguments mounted back by The Casino Association of New Jersey, a trade group seeking to protect the interests of casinos, argue that should smoking be banned, the properties would be at a serious competitive disadvantage.

However, neighboring states are also planning to introduce the same measure meaning that there won’t be too many alternatives for smokers to go, other than playing on-site and complying with the rules. Online is still an option, of course, but people who tend to visit casinos do so for the social experience.

The Casino Association, though, has been adamant in its opposition. A report it commissioned claimed that a shift away from smokers on casino floors would cost jobs and impinge on financial results. But not all casino worker unions are on the same page.

Opposition Is Based on “Scare Tactics”

Earlier, Local 54 of Unite Here sent a letter to Senate president Nicholas Scutari and urged him to not go ahead with the proposed ban on gambling smoking, as it would indeed result in loss of employment for people. United Auto Workers though argued that the claims about job losses were “scaremongering”, especially at a time the industry is struggling to find enough people and bring them back on the job.

United Auto Workers notes that there is already sufficient bilateral support from legislators that would enable the passage of a bill that finally eliminates smoking from casino floors in Atlantic City.