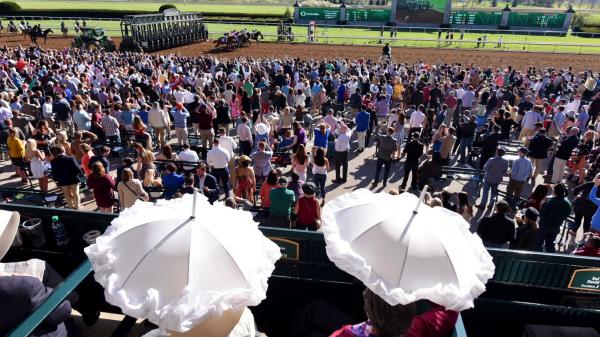 Whirlaway, Northern Dancer, Riva Ridge, Spectacular Bid, Alysheba, and Unbridled. Those are just a few of the elite racehorses who have used the Blue Grass Stakes at Keeneland as a springboard to victory in the Kentucky Derby.

The $1 million, Grade 1 Toyota Blue Grass hasn’t produced a Derby winner since Street Sense in 2007, but the 1 1/8-mile race remains an important stop on the Road to the Kentucky Derby Presented by Woodford Reserve, awarding Kentucky Derby qualification points to the top four finishers on a 100-40-20-10 basis. Clearly, there’s a lot on the line.

Are you looking forward to betting the Blue Grass? We’re here to help by providing a historical perspective on a historic race. By reviewing the last 10 editions of the Blue Grass, we’ve identified five recurring trends and tendencies to consider when analyzing the contenders. With luck, history will point us toward the most likely winner of the 2022 Blue Grass.

Let’s dig in and see what we learn:

Speed horses have an advantage

Which running style is most successful in the Blue Grass? The answer is a tale of two different racing surfaces. From 2007 through 2014, the Blue Grass was conducted on a synthetic surface that played kindly toward late runners. But in 2015, the Blue Grass returned to dirt, and five of the seven winners since then raced in the top three after the opening half-mile.

Generally speaking, speed is an asset in U.S. dirt racing, and the recent results of the Blue Grass reflect this tendency. While it’s not impossible for late runners to prevail — check out Brody’s Cause in 2016 —the ability to race within a couple lengths of the early tempo is definitely an advantage.

Longshot winners were common during Keeneland’s Polytrack era, but the return to dirt has shifted results in a more predictable direction. Since 2015, four of the seven Blue Grass winners (Essential Quality, Vekoma, Good Magic, and Carpe Diem) started as the favorite, while two others (Art Collector and Brody’s Cause) went off as the second choice at odds lower than 9-2.

Short-priced runners have largely dominated the Blue Grass minor awards as well. Over the last seven years, 18 of the 21 Blue Grass trifecta finishers started at single-digit odds. Considering the race frequently draws large fields with lots of horses starting at double-digit odds, this is an impressive record of consistency for well-supported Blue Grass betting choices.

Watch out for Florida shippers

The Blue Grass Stakes typically attracts a mixture of horses from around the country, but shippers from Florida have enjoyed plenty of success in recent years. Six of the last 10 Blue Grass winners prepped at either Gulfstream Park or Tampa Bay Downs, and on three occasions Florida shippers finished 1-2 in the Blue Grass.

Look for horses who raced in the Breeders’ Futurity

The Blue Grass is a good place to bounce back

If favorites are well worth supporting in the Blue Grass, then we have to consider Smile Happy as a serious win threat. The son of Runhappy won a deep renewal of the Grade 2 Kentucky Jockey Club Stakes at Churchill Downs last fall, counting future graded stakes winners Classic Causeway and White Abarrio among his beaten rivals. Just as significantly, Smile Happy kicked off 2022 with a strong runner-up finish in the Grade 2 Risen Star Stakes Presented by Lamarque Ford at Fair Grounds, beaten only by next-out Grade 2 Twinspires.com Louisiana Derby winner Epicenter.

But Smile Happy is a stretch runner shipping in from Fair Grounds, a track which hasn’t produced a Blue Grass winner in the last 10 years. Furthermore, Smile Happy didn’t start in the Breeders’ Futurity at age two, so he has a few historical precedents going against him.

In contrast, Emmanuel closely resembles a typical Blue Grass winner. After posting gate-to-wire victories in his first two starts at Gulfstream Park and Tampa Bay Downs, Emmanuel ran gamely under challenging circumstances in Gulfstream’s Grade 2 Fasig-Tipton Fountain of Youth Stakes, finishing fourth after falling off the pace and getting caught very wide throughout the race.

Emmanuel didn’t contest the Breeders’ Futurity, but he has tactical speed, figures to be a short price in the betting, is shipping in from Florida, and looks to bounce back from his Fountain of Youth defeat. History suggests Emmanuel can step forward with a big race in the Blue Grass.

The same positives also apply to Grantham, with the added bonus he used his tactical speed to finish second in last month’s Grade 2 Lambholm South Tampa Bay Derby, one of the most productive prep races for the Blue Grass. Grantham is a son of Giant’s Causeway, who has already sired Blue Grass winners Brody’s Cause and Carpe Diem, and while his odds figure to drift a little higher than those offered by Smile Happy and Emmanuel, Grantham still figures to start in the historically favorable single-digit odds range.

So why not try to beat Smile Happy with Emmanuel and/or Grantham? It might seem like a risky proposition since Smile Happy looks formidable at first glance. But history hints the tactical speed and Florida form offered by Emmanuel and Grantham might be sufficient to steal the Blue Grass spotlight.