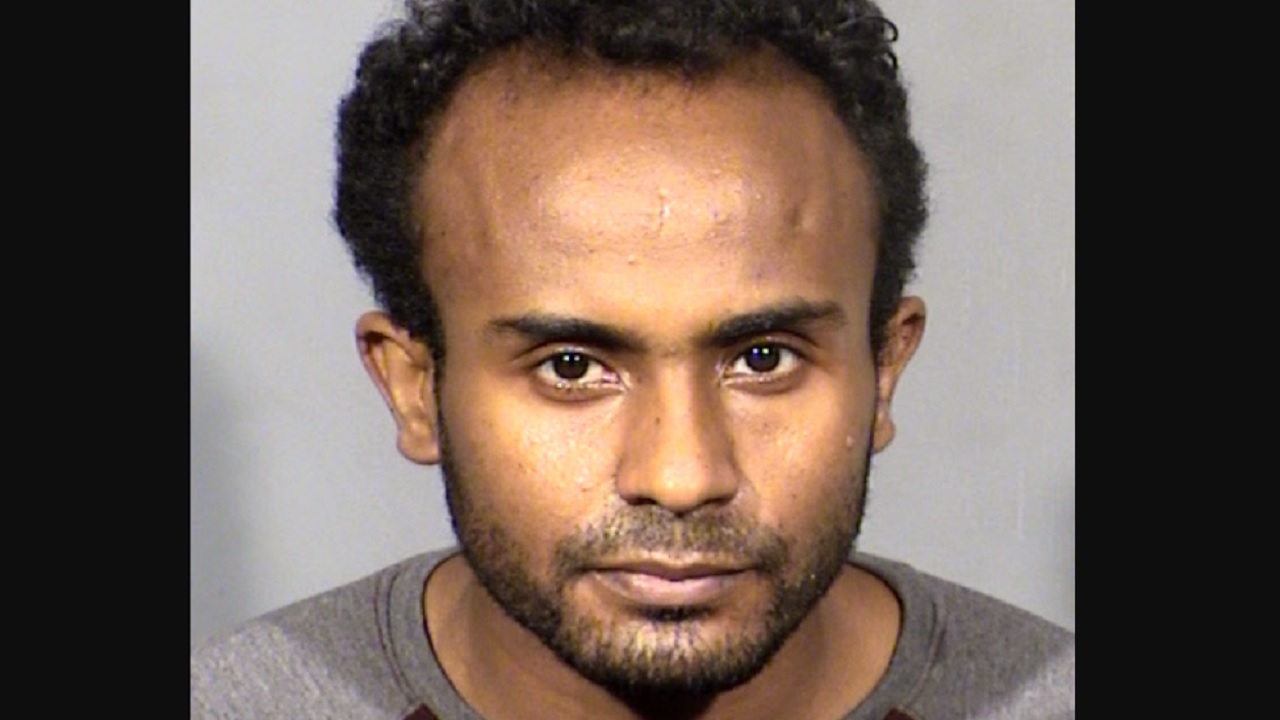 Dawed Mekonene, 30, an Uber driver, who was awaiting trial on allegations he sexually assaulted a woman who he picked up on the Las Vegas Strip, has died, according to a published report. He succumbed from self-inflicted injuries at a jail, officials said.

Dawed Mekonene, an Uber driver, in a mug shot, pictured above. He died after self-inflicted injuries that took place in a Las Vegas jail. He was awaiting trial on charges he sexually assaulted a female passenger. (Image: LVMPD)

He was still alive, so he was transported to University Medical Center. But three days later, he succumbed from the unspecified injuries, the report adds.

Details on the injuries were not immediately available. It is unknown if guards had placed him on a suicide watch.

The victim was asleep in Mekonene’s green Toyota Camry when the Dec. 16 attack took place, police said. She woke up in the car.

She realized Mekonene was sexually assaulting her, police said. She begged him to stop, but he strangled her, cops add. She lost consciousness as a result, police said.

He threw her clothes and personal items at her after he pushed her out of the car at her destination, an apartment complex, police add. She is believed to have been a visitor to Las Vegas from out of state, the report said.

Uber app, pictured above. The Uber driver, who picked up a female passenger on the Strip, had improperly adjusted app records, police said. (Image: The Midnight Sun)

The incident got more complex after Mekonene initially canceled, on his driver’s app, the six-mile ride from the Strip to the nearby apartment complex. It was reactivated by him some 22 minutes later when the victim left the car, the Review-Journal reported.

He was charged with kidnapping, two counts of sexual assault and battery by strangulation with intent to commit sexual assault, police said. If he had been convicted, he could have been sentenced to decades in prison.

In December, Metro police were searching for other possible victims. Cops had asked members of the public to contact them if they knew of other incidents possibly involving Mekonene.

The Las Vegas Strip corridor has been the scene of other sexual assaults and related crimes. For instance, the man who allegedly groped a woman at the Palazzo Las Vegas in The Venetian Resort on Feb. 13 has been arrested for open and gross lewdness. He was identified by Metro police as Alberto Baez-Mesinas, 39.

Baez-Mesinas told police he put his hand up the victim’s skirt as she walked by, the report said. He also groped her buttocks, KLAS, a local TV station, reported, based on a police report.

The victim, Ariel Lyndsey, immediately confronted him and slapped him in the face. She cursed at him and asked him for an apology. Eventually, he was stopped by casino security guards. A few days later, police questioned him. He was released after posting bond.

Lyndsey posted a video of the minutes after the groping on TikTok. It has since gone viral with 17 million views as of Thursday. It has some 2.5 million likes.