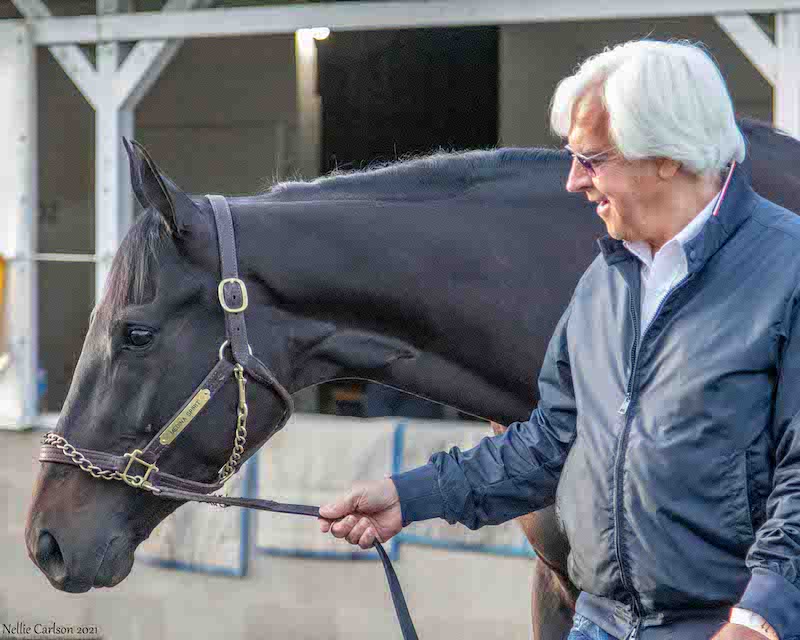 Clark Brewster, attorney for embattled Hall of Fame trainer Bob Baffert, issued the following statement on Monday after the Kentucky Horse Racing Commission issued its formal disqualification of Medina Spirit from his victory in the 2021 Kentucky Derby. The ruling included a $7,500 fine and a 90-day suspension for Baffert.

We are disappointed by the Commission’s ruling, but not surprised. This ruling represents an egregious departure from both the facts and the law, but the numerous public statements by KHRC officials over the last several months have made perfectly clear that Bob Baffert’s fate was decided before we ever sat down for a hearing before the three stewards, one of whom is directly employed by Churchill Downs as the racing director at Turfway Park. We will appeal, and we will prevail when the facts and rules are presented to detached, neutral decisionmakers.

The outcome should have been clear. Betamethasone valerate is a permitted substance that can be administered to a horse. It was not injected. And it was administered at the direction of a veterinarian, who contemporaneously reported that treatment to a national database accessible to the KHRC prior to the Kentucky Derby. There was no rule violation.

In other words, Medina Spirit would have won with or without the ointment because it was irrelevant in every way. The stewards’ decision to rob Medina Spirit of a victory he earned was not in accordance with the law but instead represents biased, purposeful, and wrongful action.

Unless regulators draft and apply Rules of Racing that reflect the practical realities of caring for horses and the irrelevance of trace levels of permitted therapeutic medications, this sport will continue to suffer. Until then, Bob will continue doing the one thing that sets him apart from the KHRC, Churchill Downs, and NYRA: fighting for an honest, fair and transparent application of the rules for all the incredibly hardworking horsemen and horsewomen dedicated to our sport.