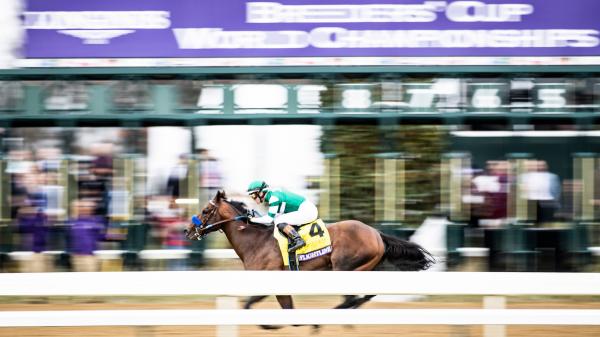 Winners in 17 horse and human categories will be announced on FanDuel TV, and other outlets, during the 52nd annual Eclipse Awards, presented by John Deere, Keeneland, and The Jockey Club, Jan. 26 at 7:30 p.m. ET at The Breakers in Palm Beach, Fla. The evening will culminate with the announcement of the 2022 Horse of the Year, a prize Longines Breeders’ Cup Classic winner Flightline is anticipated to easily capture.

Of the 258 eligible voters represented by the NTRA, consisting of member racetrack racing officials and Equibase field personnel, the NTWAB, and Daily Racing Form, 246 (95.3%) took part in the voting. Finalists were determined in each category by voters’ top three selections, using a 10-5-1 point basis. Eclipse Award winners are determined solely by first-place votes.

The 2022 Eclipse Awards Finalists, with the exception of Horse of the Year, (in alphabetical order) are:

In addition to honoring the 17 winners in the horse and human categories, David Harrison will receive the Eclipse Award as the 2022 Horseplayer of the Year and members of the media will be honored for outstanding coverage in six categories.

Voting is conducted by the NTWAB, the NTRA, and Daily Racing Form, while the ceremony is produced by the NTRA.

The Eclipse Awards are named after the great 18th-century racehorse and foundation sire, Eclipse, who began racing at age 5 and was undefeated in 18 starts, including eight walkovers. Eclipse sired the winners of 344 races, including three Epsom Derbies.