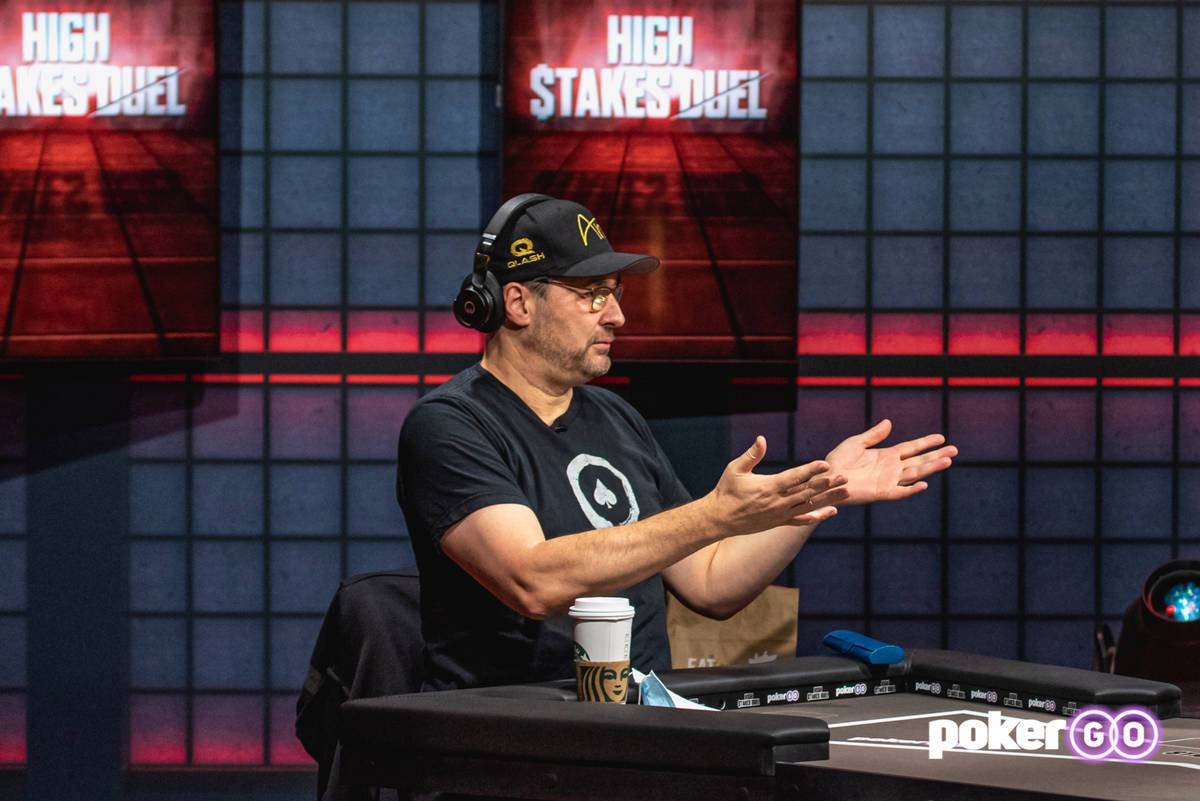 Hellmuth vs. Seiver, Who is Favorite?

Phil Hellmuth will take on Scott Seiver today in another round of PokerGO’s “High Stakes Duel.” This time, there’s $800K up for grabs, and a burning question as to which player is the favorite in the winner-take-all, heads-up battle.

Phil Hellmuth will take on Scott Seiver in the latest “High Stakes Duel,” but which player has an edge going into the May 17 showdown? (Image: PokerGO)

We found out late last week that Seiver had been brought in to replace Tom Dwan, who couldn’t play due to a scheduling conflict.

Although he wasn’t on our list of potential opponents, the American pro is skilled enough to give the reigning champion a tough game, but does he have an edge?

Seiver has $24.3 million in live tournament earnings and is quick with a quip. He’s also vowed to trash talk Hellmuth at every opportunity. But, will a winning record and some barbed comments be enough to topple Phil Hellmuth?

Based on how Hellmuth has performed in previous “High Stakes Duel” matches, it’s hard to say. The margins are very close. So, with that in mind, here’s a quick rundown of each player’s strengths and weaknesses:

Digging into the numbers, Hellmuth has a slight edge over Seiver. If we simply focus on the number of events won, and prize money earned, Hellmuth has the better record. He’s also been cashing in live events for 20 years longer than Seiver, so time at the tables has to be a factor in our equation.

On the other hand, we have to consider the amount of prize money Seiver has earned in relation to the number of tournaments he’s won. Hellmuth has 55 more live wins than Seiver, but he’s only won just over $2.5 million more. This suggests that Seiver has won more high buy-in tournaments than his opponent.

Based on the assumption that high-stakes tournaments feature tougher players, Seiver’s record could, therefore, be better.

Seiver has a better win ratio

If we take these metrics into account, Seiver isn’t as much of an underdog as he first appears. However, we can’t ignore the fact Hellmuth’s record in heads-up events is superior to Seiver’s. In addition to cashing nine times in open events, such as the NBC Heads-Up Championship, Hellmuth has won eight times in the “High Stakes Duel” arena.

Seiver hasn’t played in PokerGO’s heads-up event before while there’s no denying that Hellmuth has adapted to the format extremely well in recent years. He got off to flying starts against Antonio Esfandiari and Daniel Negreanu before then dispatching Nick Wright.

After that match, he suffered his only loss on the show after battling with arguably his toughest opponent, Tom Dwan. Instead of shying away from the rematch, Hellmuth learned from his defeat and came back with a win. That alone is impressive, but the fact he did it against an elite heads-up player like Dwan might be even more so.

Table talk could swing it

Both Hellmuth’s and Seiver’s skills could be debated all day, as they’re both world-class players who are more than capable of winning on any given day. What Hellmuth might not be able to overcome, however, is Seiver’s table talk.

Although he isn’t as bombastic as talkers like Tony G, Seiver knows how to deliver a barbed comment in an understated way (see the videos above and below). We also know that Hellmuth gets irritated, especially when table talk and luck go against him. This is why Seiver could have the edge.

So, the question today is, will Hellmuth’s extensive experience and impressive record be enough to carry him to victory against the brash, aggressive style often exhibited by Seiver? It should be fascinating to find out.

To see how today’s match plays out, visit PokerGO.com at 8pm ET (5pm PT). Anyone without a subscription can take advantage of a special sign-up offer accessible via PokerGO. Alternatively, the first hour of the match will be shown for free on PokerGO’s YouTube channel.