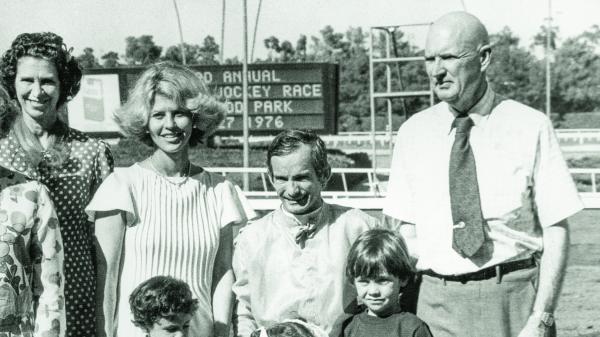 Some might say that Charlie Whittingham was the best and most famous trainer California has ever known.

As true as that might be, Whittingham deserves to be viewed in a context much greater than even a state as large as California.

Though synonymous with the Golden State, Whittingham was unquestionably one of greatest trainers in the long and glorious history of Thoroughbred racing anywhere in the United States.

Known as “The Bald Eagle,” Whittingham won more than 250 stakes and was the all-time leading trainer at Santa Anita and Hollywood Park at the time of his death.

He won the Kentucky Derby twice. The first time he did it in 1986 with Ferdinand, when he was 73 years old and was hailed as the oldest trainer to ever win the run for the roses. Three years later, he did it again, capturing the Derby and the Preakness with eventual Horse of the Year Sunday Silence. (Note: Art Sherman won the Derby in 2014 with California Chrome at age 77 to pass Whittingham as the oldest trainer to win the race.)

On seven occasions, he led the nation in purse earnings and three times he received the Eclipse Award as the year’s best trainer.

It’s a lengthy list of accomplishments, yet one befitting a trainer as respected as Charles E. Whittingham.

Born in Chula Vista, Calif., on April 13, 1913, Whittingham started as a hot walker in Tijuana, Mexico. Though he took out his trainer’s license in 1934, he was introduced by actor Bing Crosby to famed trainer Horatio Luro and served as Luro’s assistant until 1950.

His first U.S. champion was Porterhouse in 1953, but it would not be his last. Whittingham guided Ack Ack to Horse of the Year honors in 1971 and he continued to dominate the California scene for more than two decades.

The 1974 Hall of Fame inductee’s resume included 14 wins in the San Juan Capistrano, nine in the Santa Anita Handicap and eight in the Hollywood Gold Cup.

As he entered his 70s, the one glaring omission from his resume was Triple Crown success. That hurdle was cleared in 1986, when Whittingham put Bill Shoemaker on Ferdinand and the legendary 54-year-old rider brought him from last to win a colorful edition of the Derby that was surely one for the ages.

Two weeks later in the Preakness, Sunday Silence defeated Easy Goer again, this time prevailing by a nose in one of the Triple Crown’s most exciting finishes.

Easy Goer thwarted Sunday Silence’s bid to become the 12th Triple Crown winner when he romped by eight lengths in the Belmont Stakes.

But in November, with Horse of the Year honors on the line, Sunday Silence held off a late surge from Easy Goer to take the Breeders’ Cup Classic by a neck in what was described by track announcer Tom Durkin as “a racing epic.”

Though 76 at the time of Sunday Silence’s Triple Crown heroics, Whittingham’s career was far from over. After Sunday Silence was retired, Whittingham went on to win the Santa Anita Handicap in 1993, the Arlington Million in 1990, and the Japan Cup in 1991, among many, many others.

In his final years, he continued to train even as he battled leukemia, the disease that ultimately claimed the beloved Hall of Famer’s life in 1999.

Now, 23 years later, he remains one of the sport’s most famous and fondly remembered trainers – in California and every other one of the other 49 states.

Editor’s Note: This article has been updated. It originally was published in June 2016.