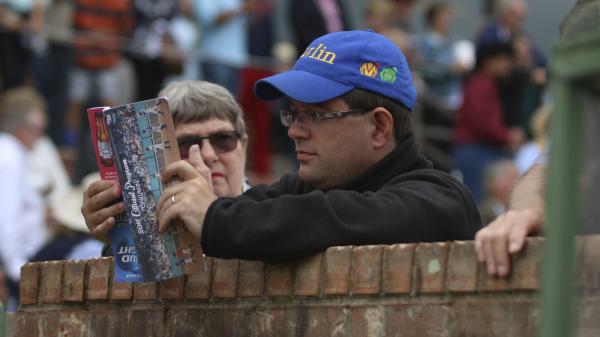 Which Horse Can Post the Upset in 2022 Southwest Stakes?

The Grade 3 Southwest Stakes has come a long way since the turn of the century.

It’s no wonder why Saturday’s renewal of the Southwest has attracted a dozen entries. Someone is going to walk away with a hefty payday and a decent chunk of Derby qualification points. The question is, who?

The morning line favorite is #10 Newgrange at 2-1, and for obvious reasons. The son of Violence is unbeaten in two starts for trainer Bob Baffert, who has won the Southwest four times. On Nov. 28, Newgrange won his debut sprinting at Del Mar, dueling for the early lead before edging away to score by 1 1/2 lengths. Then in Santa Anita Park’s Grade 3 Sham Stakes on New Year’s Day, Newgrange led all the way to beat Grade 3 Nashua Stakes winner Rockefeller by 2 3/4 lengths.

But is Newgrange a lock to win the Southwest? Not necessarily. Baffert has enjoyed tremendous success in Oaklawn Park’s Kentucky Derby prep races, but his last three Southwest starters were defeated, including two who were favored to win.

Furthermore, Newgrange has yet to be seriously tested. In the Sham, he secured an uncontested lead against four rivals and was able to kick away down the homestretch. He’ll face a much larger field in the Southwest and figures to run harder early while breaking from post 10. Newgrange definitely warrants respect, especially with Hall of Fame jockey John Velazquez retaining the mount. But he might not be unbeatable at a short price.

So who can spring the upset? #2 Dash Attack will be a popular choice. The Kenny McPeek trainee is undefeated in two starts, nabbing a one-mile maiden special weight at Oaklawn before rallying to a two-length score in the Jan. 1 Smarty Jones Stakes over the same track and distance.

But the Smarty Jones unfolded at a rapid pace over a sloppy track, allowing late runners to dominate the race. Speed horses were compromised, including #1 Ben Diesel, at 10-1 on the morning line, who may be capable of turning the tables in the Southwest.

Ben Diesel hasn’t had much luck since winning his debut over 1 1/16 miles at Churchill Downs. He tried hard to win Churchill’s Grade 2 Kentucky Jockey Club Stakes on the Road to the Kentucky Derby, but drew an outside post and had to use a lot of speed early to avoid a wide trip. Despite his best efforts, he got hung a bit wide around the first turn before fighting on to finish fourth in a strong field.

Unfortunately, Ben Diesel drew an even wider post in the Smarty Jones, where he rushed up to duel for the lead through fast fractions. The fact he retreated to finish seventh (beaten only 5 1/4 lengths) can be forgiven.

Ben Diesel’s maiden victory came with rating tactics, so I’m optimistic he’ll secure a more relaxed journey while breaking from the rail post in the Southwest. If Ben Diesel settles behind the speed and saves ground, I envision him launching a strong rally – perhaps even a winning rally – down the Oaklawn homestretch.

Since Ben Diesel is 10-1 on the morning line, the potential exists to cash big payoffs on modest investments. We’ll outline two wagering strategies employing different budgets – a $10 strategy focusing on a win bet and exacta, and a $30 approach adding a trifecta to the mix.